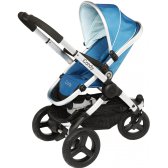 No, this is not a ‘Blocked Dwarf’ rant about the Smoking Ban, nor a ‘like Gildas without the IQ’ thesis about some fascinating tit bit of tobacco history; I save those for Grandad’s site. (where, hopefully, this week, there will appear my humble treatise on Picardian Smuggling Dogs of the C19). [Ed: Must Google Picardian Smuggling Dogs.]

“Now you are married, have a child and responsibilities you can NOT afford to smoke!” said my late pietist Prussian mother in law, who obviously mistook me for the German, even Prussian, son-in-law she had hoped for.

Prussians, for those who don’t know, are Germans with a Pickelhaube inserted where ‘die Sonne notten shinen’. To be fair to the woman, whom I grew to love…after 20 years or so…I was a bit of a heavy smoker back then – up to 5 packs a day when I could chain smoke in an office. Though to put her command into some financial context, a pack of fags cost 4 DMs, and had for as long as anyone could remember – I’m talking even ‘quality’ brands. 4 DM. Which was, in 1989, about £1.30!

Can’t recall what 20 B&H cost me in the UK then but I have a feeling it was well over twice that. At the time I was bringing home, net cash, £1k or 3K DM a month and we had but the one baby and we were living rent free-ish with the parents-in-law (NEVER DO THAT! How my mother in law survived the 6 months of sharing a 2 bedroom flat with us I shall never know, I came close to swinging for her on an almost daily basis).

Could I afford to smoke? Probably not, says the older wiser me, but at the time I replied: ‘I work 60 hours a week with 20 hours travelling time in the dark and cold of a Hessian winter. I can’t afford NOT to smoke!’

Then there was my mother-in-law’s bestest friend, Edda the evangelical Norwegian. For those who don’t know, Norwegians are Germans with a ski stick inserted ‘Solen skinner ikke’ (‘Solen’ from ‘Sol’ or the Latin word for sun I’m guessing?) who, when The Bestes Frau and I moved into our first flat, admonished us to “save every bean”.

So, of course, I immediately stopped drinking, smoking and started reusing teabags? No! of course I didn’t. Both those good ladies had grown up in the aftermath of WW2, both had been through the sort of poverty in childhood that would now be classed as child abuse. Both had started their married child-rearing lives on a budget that involved adding water to stew to ‘extend it’ and not being able to afford new shoes if the children had inconsiderately decided to grow again. Both had felt themselves blessed to have married non-drinking non-smokers. Not for any pseudo scientific health reasons but simply because a couple of Dmarks a day on beer and a couple more on fags would have meant the difference between having jam, butter and real coffee for breakfast or petrol based marg and ‘Mucke Fuck’ (Ersatz barley based fake coffee). Anyone here over the age of 60 or so will probably recognise what I’m describing.

Life everywhere for young parents was tough back then after the war and in the 50s, 60s and 70s. Hell it remains tough today. The lack of money and lack of sleep don’t change with fashion.

What I’m trying to say is, it is none of my concern what young couples spend their money on. I do not expect young couples (or single parents for that matter either) to bring their babies up in the sort of relative ‘poverty’ we ourselves had to. In fact I believe that each generation should ‘have it better’ and when my youngest and his wife spent the equivalent of my first month’s real wages on a wide screen plasma coffee-making TV I held my peace. I’m happy that my Grandkids’ Mom and Dad can afford not only to run a car but his big bike as well, and that on fairly low wages. I accept Granddaughter needs a wardrobe full of more clothes than I think or the wife have owned over our entire lives. And if they want to replace the perfectly good, serviceable and easy clean linoleum floor with carpet hand woven from water proof yak wool then fair enough.

Yet this morning I was chatting to a young, 23 years old, soon-to-be-Father of my acquaintance. He’s what I’d describe as a ‘good kid’, works hard at some just over minimum wage job, treats his equally hard working ‘missus’ well, doesn’t get too drunk too often and aside from the fact he is a Norfolker, speaks ‘Norfolk’ not English, and insists on discussing something called ‘football’ with me and regaling me with the ups and downs (a lot of downs it seems) of ‘his’ team ‘the Canaries’, he seems an all round well balanced young man. Not too bright, not too thick, content with his lot in life, now he has finally gotten his missus in the club and his driving licence. Pretty sure he’ll make a good Dad.

So this morning he ‘do say he doo’ that he and she had been out shopping at the weekend and had bought a baby buggy. For £500 (in words: HOW BLOODY MUCH?!?!) I hadn’t had time to pick my jaw off the floor when he added ‘it was 2nd hand, new they cost £1.2K’.

In what universe does any young couple pay more for a 2nd hand buggy than his or mine car is worth? I-Candy? I can bloody not!

I get that every young parent wants to give their child the best; I surprised myself and shocked my own Aged Mother Dwarf by paying £25 for a pair of welly boots for Granddaughter2 not so long back (in my defence, they had pink cats on them and proper pull up handles!).

But five hundred nicker for a buggy? Stroller on, mate! Leave it out….in the porch all night John, not!

Sweet Jesus wept but he was scared he’d get tear stains on the i-upholstery.

The price is what gets me. Not the fact that my young friend was doting enough to part with what must be a week’s wages + for them both for a buggy, a buggy that will be no more serviceable than the one I got for £5 at the car-boot for Granddaughter2 when she is here. That and the fact that there are young couples out there who think that paying £1.2k for a buggy in ‘Thai fusion lime green and pastel grey with McPherson® suspension’ is somehow ‘normal’ or the ‘right thing’ to do – I don’t care how much they bloody earn.

The landlady once recounted how she made nappies for her baby daughter out of old curtains. You can imagine her reaction when I recounted my experiences of this morning to her.

[Ed: Mighty fine nappies they were too, with tasteful brown fern leaves dotted about on the most expensive terry towelling that the Canadian Embassy could run too; sadly, folded in the required triangles, they looked disconcertingly like skid marks….sweet memories!]

I hate to sound like either ‘Heli The Outlaw’ (my mother in law), Edda or even my own Aged Mother Dwarf but the saying ‘Cut your cloth to fit your coat’ seems appropriate.