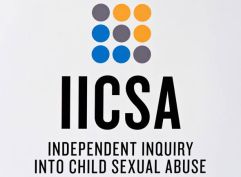 This afternoon, Phil Frampton of the Survivors of Organised and Institutional Abuse (SOIA) has formally withdrawn his support for IICSA. This follows the withdrawal of the Shirley Oaks Survivors Association and that of Andrew and Jane Kershaw, two individuals who have worked ceaselessly to bring to the attention of the authorities the child sexual abuse at Forde Park Approved School. Jane Kershaw was granted Core participant status on the 19 August 2016   By the 25th February 2017  this had been withdrawn.

Phil Frampton feels that this leaves IICSA as little more than a box ticking exercise. Those powerful institutions – the church, the local authorities overseeing children’s homes, the Department of Education, the Crown Prosecution Service and the police, indeed the Home Office which had direct responsibility for children’s homes, have been able to fund expensive legal teams and will have both foresight and time to consider the questions that may be posed to them – however survivors will only have a voice where it is provided by pro-bono law firms and no core participation allowing them to pose questions directly.

This is not equality of arms.

Last July, the inquiry’s truth project began. Unfortunately, the statements given to it by survivors have no legal standing – they will appear in the final report, suitably anonymised, much as the girls from Rochdale appeared in Professor Jay’s report on Rochdale.  Tidy little ‘quote marks’ fitted in to the margins to make the page look better. This is not what the survivors envisaged when first David Cameron said, ‘No stone will be left unturned’ nor as series of ‘chairs’ promised to put ‘survivor’s voices at the heart of the enquiry’.

Lowell Goddard went so far as to say that she believed survivors lacked ‘objectivity’, and thus should be excluded. She went on to refer to survivors as ‘the victim community’. This was a woman so sure she was not part of the establishment, that she married a Scottish Laird with a 6,000 acre estate, has given legal advice to 29 different governments, and was both friend of and neighbour to, Lord Brittan.

This is not equality of arms.

I am better known for writing in defence of those falsely accused – it has not blinded my eyes to the fact that there are genuine victims of sexual abuse, nor to the fact that they are slowly and quietly being shafted by this inquiry. They deserve better.

There were several girls at Duncroft who had been abused – not by the staff, nor whilst they were at the school – so I was never unaware of the horrors of child sexual abuse. Karin Ward had most definitely been abused by members of her family long before she arrived at Duncroft. So was Anita Veale who became a close friend of mine whilst we were both there together. She had felt unable to unburden herself of that memory when we were young, but came to see me years later after she had become both alcoholic and a heroin addict. We talked for hours as she told me of her famous grandfather that she had felt unable to ‘unmask’ as a sexual predator – and I thought I had given her solace and kind words – it was not enough – would anything have been enough? That night she took the train from my house, lay down on Hampstead Heath and drank a bottle of vodka. By morning she was dead. I never have, never will, forget her.

In my work in Wales, I came across many young girls with learning disabilities of varying kinds who had been sexually abused, and received compensation through the criminal injuries board. They would not have received that abuse if there had been sufficient staff to monitor them – so it has always pained me that so much money has been spent chasing false allegations against high-profile names and so little at looking into the institutions that allowed abuse to continue – in all its forms.

IICSA, in its present form will be a ‘talking shop’ for highly paid academics and lawyers to produce endless glossy reports – this is not the answer that the survivors were looking for. They are no nearer to achieving transparency as to the actions of those closed institutions. It is a great shame that some of those with a more ‘vivid imagination’ – the fake ‘victims’ – were allowed to hog all the media limelight, and consume the millions of pounds investigating their ‘fake claims’ leaving people like Phil Frampton still fighting for justice on a shoe string.