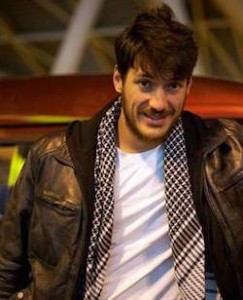 The lexicon of corporate life has affected the dead tree press in ways more subtle than the arrest of 63 journalists for offences uncovered by the investigation of the so-called ‘hacking’ investigation, or even the Leveson Inquiry.

Whilst the ‘hacking’ investigation put paid to finding front page stories of sexually incontinent celebrities by dint of listening to their phone messages, the CPS – now known as the Celebrity Persecution Service – filled the gap neatly by providing regular updates on priapic crooners with far more titivating detail than their Vodophone ever disgorged.

That took care of the Sex angle – but the media still needed to fill the ‘if it bleeds, it leads’ slot. There they were handicapped by the ubiquitous ‘legal team’. The lawyers were unwilling to allow their corporate bosses to put anyone to whom they might have ‘vicarious liability’ in any danger of bleeding along with their front page story.

By 2010, 20 major news corporations had closed their ‘Foreign Bureaux’ – another 100 had withdrawn even their lone foreign correspondents. The death of Sunday Times journalist Marie Colvin in 2012, whilst on ‘active service’ in Syria was the last straw. The era of the linen suited, Panama hatted correspondent whiling away their days in shady cafes, attended by exotic waiters – alternately filing the copy for London and writing their seminal novel was over. Covering bloody uprisings was just too expensive for the insurers in these days of strict liability for negligence torts.

Whilst the headlines have been full of the gap-year jihadists we have failed to notice who has been bringing us those stories to add a frisson of excitement and/or outrage to our morning Starbucks.

A new breed of young men eager to ‘feel more alive’ than small town life could give them has risen to feed the media with the required blood stained images. 40 years ago they would have been leaving hand written messages on the wall in the Pudding Club in Istanbul – ‘Sheila! Missed you in Katmandu, see you at Tony’s gaff in Goa’ – today they use Twitter to send back messages like this.

I am embedded w #FSA. Newsworthy stuff going on daily. If someone wanted to hire me that would be great. Student loans don’t pay themselves.

Austin Tice is a Georgetown Law student. He’s not a journalist in the old fashioned sense. Had his interest been in another subject, he might have been described by established journalists as a ‘spotty faced blogger’ – but since he crawled under a wire fence into Syria he has been graced with the term ‘freelance journalist‘. Since May 2012, around the time that Marie-Colvin was killed, he has been listed as a ‘kidnapped freelance journalist’.

Austin is one of the army of young men in search of excitement and a career, armed only with a camera and a pen and notebook, who are feeding our front pages the requisite bloody images at the moment.

There is no media outfit behind them; they have no medical insurance if they fall victim to Ebola whilst in Sierra Leone; there is no insurance policy to support them if their left leg is blown off in Syria; there is no support network of high level contacts to negotiate their release if they are kidnapped in Iraq. They are, quite literally, out there on their own, hoping to capture the image of the disfigured child, or the interview with the rebel commander that Sky or Murdoch would be prepared to pay them for.

67 Journalists, the vast majority ‘freelance‘ have been killed in Syria since the conflict began. We scarcely know their names, until, like James Foley, they become headline news for all the wrong reasons. Many do not even have body armour or a helmet while very few are equipped with satellite phones…

“We also generally lack cash” said Spanish freelancer Mayte Carrasco. $1,000, if you are lucky, for having tracked down that rebel commander and filed something of interest to a major news network.

63 journalists have been arrested over the News of the World debacle – most are household names.

We know the names of the anchormen and women, in their flak jackets and tin helmets, on the balconies of safe hotels, who will fly in and take the credit for getting the ‘big stories’ when it quietens down a bit.

The Rory Peck Trust is the only organisation taking an interest in the so-called ‘freelance journalists’ – outside of their families. Families that used to merely worry that their wandering sons would catch something nasty from ‘Sheila’ if they managed to meet up with her in Goa – now worry that he will catch a bullet or a jihadist’s axe in their search for excitement.

Meanwhile, the main stream media get their ‘bleeding front pages’ on the cheap, and reputations are built by the army of armchair commentators on fat salaries who fill their opinion columns pontificating on the moral issues involved in war.

The government’s doing their best to disprove that, though…

Thinking back…… a long way back.
Never underestimate the feeling of immortality and immunity from consequences that young men have when the blood gets moving.
They’re not all comatose between sofa & ipad.

He then created Bell¿ngCat.

Strangely (?), whilst ‘BellingCat’ opened earlier today, as I write this, it won’t load.

Over the weekend, Eliot appears to have identified the location of the Foley execution. From the comfort of his armchair.

This page now won’t load. The Wayback Machine hasn’t indexed the page of that story.

His original story was subsequently picked up by the Mail.

[I realise the multiple links will send this comment into moderation, so apologise for the extra work it’ll thrust on our landlady’s shoulders.]

A timely article with the news that Rupert Murdoch, one baron who has slashed staff and foreign bureaus and is now relying on freelance stringers but still subsidises his beloved The Australian newspaper now losing (was never in profit in it’s 50 years) around $30M a year whilst the average pay for a raft of opinion writers on the rag (all co-incidently reflecting Rupert’s views) being paid about $180K a year.

I know one freelancer who has been on contract with News Corp for years and works in Bangkok and has been News Corp’s source for every sordid tale including ‘exposing’ Gary Glitter was being paid at least £1500-2000 for even the smallest tale but since the demise of the NoTW that has plummeted to a tenth of that.

I wonder how much MI6 pay for titbits of info.

Fascinating. Nick Davies’ “Flat Earth News” gives a good account of how the Murdochisation of the press in Britain r esulted in massive cut-backs to investigative journalism, eg the Sunday Times Insight Team. This sort of journalism is very expensive, requires very long-lead-times, and of course, there’s no evidence it boosts the bottom line. This is why most newspapers now rely on “churnalism” – the regurgitation of press releases and endless blathering from self-appointed pundits. It’s cheap. The internet versions of the press are even more driven by click-bait, most of which is sourced from the Net itself, eg kitten videos or “10 celebs with dyslexia” stories.

@ “Opus” – the other way round, I expect. Davies is good on how the intelligence services “plant” stories with stringers, who pass them on to agencies like Reuters, and then they appear in the domestic press as legitimately sourced by kosher Foreign Bureaux. Huge cupfuls of salt required.

It strikes me that these poor freelances are really in no position to offer any informed analysis of the situation they are reporting on at all, if all they are after is oh-my-god pics or a totally scripted interview with some warlord. This is why our tv is full of nothing but atrocity porn from various fields of conflict, leading the ordinary viewer to assume that the world is in a terrible state o’chassis, thanks to wicked people and their evil-doing. No attempt at explaining, contextualising or digging below the surface. The TV and press are also very selective in terms of what they want to cover. For example, there are very good grounds to believe that the Ukraininan Army is using phosphor bombs against civilians in the break-away provinces and that they have been carrying out a policy of depopulation followed by resettlement in those areas. Serious stuff. Do we get to hear about this? No.

But if the public learn about what is going on elsewhere, they might get ideas about doing something/ not doing something about it themselves, rather than leaving it all to our leaders or politicians.

I’m not so far convinced by the quality of the alternatives to expensive insight teams.

That gave us bodies such as the Bureau of Investigative Journalism, otherwise known as BODGE.

Now we have to rely on individuals with personal reputations.

Recall that with the Times and the fake Hitler Diaries fiasco Rupert Murdoch is reputedly said to the editor :”publish them anyway, we’re in the entertainment business”

Vice: Sometimes those people get the news. http://www.vice.com/en_uk/tag/jihad

Pity Uncle Rupert has stuck his fingers into that one too.

Journalist? Oh how that word has been devalued. Most of these fools are nothing but keffiyah wearing propagandists fearfully pandering to Hamas or ISIS. They are far from independent and certainly not providing any balance in their reporting.

They are producing nothing of value, hence the are paid nothing.

Even in the depths of their stupidity they must recognize they are nothing but kidnap bait, they actively seem to want to be kidnapped so that they can help their favourite terrorists by getting their government to pay a rich ransom. Foley was kidnapped in Libya then magically “released” he apparently did not learn-too bad, no loss. At the weekend another US “journalist” who had been held for I believe two years, was suddenly “released”, amazing what can happen when the US government want to control the news narrative by opening the chequebook.

“They are producing nothing of value, hence the are paid nothing.”

Would that that held true for the likes of Russell Brand, Tracey Emin, etc, etc…

Rupert’s empire published very disturbing pictures of Foley on their front pages in Oz & the US. My local newsagent refused to display them after a mother complained that her child became upset on viewing them.
One of Murdoch’s editors made the claim he would not be ‘censored’ which is handy for ISIS etc.
http://www.abc.net.au/mediawatch/

The Indo has published a list of journos killed in Iraq and Syria in the last three years.

Most of these freelancers are Arabs from regional press.

Don’t see many (any?) excitable young Westerners, with dreams of being the next Robert Fisk. Of course they may all be being held captive instead.

I wonder is this another example of “One white boy = 300 brown men”?

Merciless as ever. Thank you; we tend to let these weird phenomena float by without particular comment. There is a ‘war junkie’ movement about, which is thoroughly unhealthy…