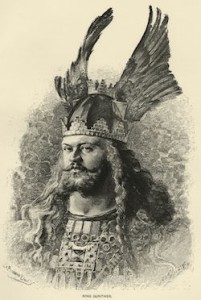 Such predictions have an impeccable pedigree. Practically annual events. From King Otto digging up Charlemagne’s body on Pentecost through Mary Bateman, an enterprising Leeds lass possessed of a ‘magic hen’ which laid eggs giving the date of the apocalypse – just so long as she  spent her free time forcing a pre-written egg back up the orifice from which it was due to emerge (an early Yew-turn oeuvre?) – to the Jehovah’s Witness’ who so far have predicted the end of the world will occur in 1914, 1918, 1920, 1925, 1941, 1975 and 1994. Like a stopped watch(tower) they will congratulate themselves on being right one day.