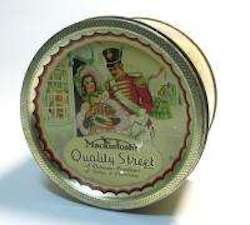 I had no idea until I read Lloyd’s Bank’s latest press release, that their senior employees did all their work with the end of their penis. Who did? Not for their senior executives old fashioned quill and ink for scribing leverage ratios in their ledgers and directing operations; no, they unzip their trousers and wave their penis around.

Still, all that is going to come to an end now; the ills of the banking industry are about to be cured by ensuring that in future 40% of their senior executives will be guaranteed penis free. The interview process should be fascinating. Unemployed bankers will be practising tottering around on high heels and keeping their stocking seams straight.

I bank with HSBC, and am seriously considering a FOI request to my manger to enquire whether or not he has a penis, so that I can judge their ability to look after my money.

This e-Quality business is fascinating – Jo Swinson was out on the airwaves before Christmas claiming that it was unfair that as a serving MP she could only breastfeed her new brat in her office in parliament, but not in the voting chamber…apparently this is a disincentive to ‘other young women’ to become MPs.

As I am sure, similar strictures are a disincentive to other young women in other occupations. I have visions of Ms Swinson hanging out of the third floor window of a burning building as the Fire brigade’s ladder comes reassuringly close to rescuing her – only to realise that the young fire-woman she thought was going to throw her over her shoulder and carry her to safety – er, can’t, on account of she is simultaneously breast-feeding two month old Moses-Joshua as she climbs…

Irma Kutz got in trouble during the week:

Men and women are not quite the same. If a woman had a weapon she could use when she got drunk, I would tell her not to, of course . . . But what she does have that she can use is self-defence. And drunkenness tears that away.

The Feminists were beside themselves; Twitoris inflamed, they howled with passion. Mumsnet imploded. ‘Victim blaming!’ they panted. How dare Irma suggest that women shouldn’t get drunk – why that is like suggesting that climbing on top of a tube train and playing cat’s cradle with the overhead electrical cables means that it is your responsibility when you end up lying flat on your back neatly singed round the edges with crispy toes. We all know that electrical cables are completely untrustworthy bastards but we ought to be able to play safely with them whilst drunk without being blamed for the outcome….

Did you know that three times as many men as women commit suicide? Now there is an area that the Swinson brigade of e-Quality engineers could look at – can I suggest enforced positive discrimination?

Elsewhere, a baby girl is born to a Mother of Somalian origin, a nation where approximately 98% of female children are subject to genital mutilation. The ideology of this practice is strongly disapproved of by feminists and campaigners in the UK. The Mother already has two children in long term care, apparently because of her mental health issues. Their presence in long term care has not raised an iota of media interest over the years. This time, Social Services decided to act fast and arranged for adoption whilst the infant was still very young.

Hmmn. They arranged for the little girl to be adopted by a white Lesbian couple – who are neither Muslim nor Somalian. The family of the birth Mother are outraged, saying that a white Lesbian couple cannot possibly understand the religious and cultural requirements in respect of this little girl. Somalians are demonstrating outside Harrow civic centre as we speak, in protest at these outlandish practices being imposed on this child.

“Did you know that three times as many men as women commit suicide? Now there is an area that the Swinson brigade of e-Quality engineers could look at – can I suggest enforced positive discrimination?”

Might I also suggest equalising the population behind bars.

I turned to the wilderness really, not to Ms. Kurtz, who, I was ready to admit, was as good as buried. And for a moment it seemed to me as if I also was buried in a vast grave full of unspeakable secrets. I felt an intolerable weight oppressing my breast, the smell of the damp earth, the unseen presence of victorious corruption, the darkness of an impenetrable night.

Watch out for those helicopters, Moor

I was moor thinking of the unfairness of the male existence.

LOL! “It’s different for girls …” Well, not so much nowadays

Morrison can wax poetic, but the Kennedys- they get it.

Well this is the logical outcome of “rights-based” thinking when you neglect the other side of the scales: “duties”. You end up with an array of competing and mutually-antagonistic “rights” espoused by different interest groups, with no way of adjudicating between them which won’t be howled down as “No Fair”. The French Revolutionaries discovered this 200 years ago. I guess we’re slow learners in the Anglo-sphere

How on earth can a new born baby have religious and cultural needs? Poppycock

Re FGM: “The ideology of this practice is strongly disapproved of by feminists and campaigners in the UK.” You would think so, but the Left’s craven, appeasing attitude to Islam means many feminists shy away from confronting this issue.

What about circumcision for boys?…

I think you need to find out more about FGM Duncan.
Circumcision it aint, except for when the Rabbi is pissed.

It’s a wonder no-one has sued for assault over forced mutilation at an age when consent could not be given. And Duncan, you need a strong stomach to discover more about FGM – it’s barbaric and cruel.

They are both unnecessary infant mutilations; the female is more extreme in most cases; though it is worth mentioning that in more “liberal” areas, it is nothing more than a symbolic “nick” that causes no actual damage.

It still should be a general principle that all infants have a right to reach adulthood intact.

You’d have thought swinging a razor blade anywhere in the close vicinity of anyone’s genitals would be prosecutable under Elfin Safety legislation, but then I’m such a bigot that I’d jail Tattooists for GBH, if I was in charge.

From the Sky News report:-

Fiona Cannon, the bank’s director of diversity and inclusion, said the workforce should reflect the diversity of customers.

A few of their customers are undoubtably liars & fraudsters. Will there be compulsory redundancies, I wonder?

Hadn’t realised just how much i’d missed that caustic wit during your recent absence, these people deserve nothing better than the very sharpest virtual pencil poked in their collective all must have prizes all are equal positively discriminated nethers.

What if there are no women wanting to be a senior exec at Lloyds? Will they send press gangs into the streets?

It is an absurd notion: the sooner we all accept that there is no such thing as “equality”, and learn to live with that simple truth, the better.

Banked with Lloyds from age 18 as an undergraduate – until in 1958 I went to work in a country where there was no Lloyds. Lucky me.

Imposed female preference?
Reminds of the early/mid ’80s in RSA.
Part of the job being black advancement whilst still hitting all the business targets. Black advancement meaning hunting up people that hadn’t turned their back on education and competing for those very few to join the business in preference to any competent and available white.
Fine. Do it or leave.
There was a clear need to make those changes in a society that had been racially discriminatory by statute.
But is that really the situation in UK business, and is there some definable quality that women can bring that requires quota presence?
I just don’t see it, and think the Harriets don’t help.
I’ve been around a bit, done the courses, but I have no idea what goes on inside anybody’s head, male or female; I guess I hope it’s not what goes on in mine.
All I would say is that most women I’ve met and worked with don’t need patronising. The ones that want to do something get on with it.
From a considerable exposure to men in industry over a lifetime in industry, I’ve met plenty that need help.
Just a view.

There are two thoughts on the subect of FGM. The first is that such mutilations are carried out on the instructions of the male head of the household, with the females not able to counteract his wishes. This is possibly due to the buried, but latent, fear of femininity of many Muslim men who are so concerned that as they will not be able to sexually satisfy their female partners, they are assuaging their inferiority complex by ensuring that Muslim females will not be sexually satisfied by anyone else.
The other thought is more religion based. According to Muslim doctrine, Allah is omnipotent, all seeing, and can do no wrong. However, in producing females with a clitoris, he has either made a mistake which Muslim fundamentalists are correcting (in which case Allah can not be omnipotent or can do no wrong) or else they are going directly against the will of Allah in deliberately altering the state of perfection he has created in women. Either way, in their selective acceptance of their religious teachings, they are seen to be failing in their devotion to their god (with a small ‘g’).

I learned all I know about it from a Jewish New Yorker.
She did a documentary which seemed to show it’s all done by the women, but the men get the blame.
http://www.flyingconfessions.com/educational_About.php

How come a white lesbian couple got preference for adopting a little baby girl. Infant adoptions are really rare and there are thousands of couples desperate to adopt. How come they got preference? Or why did Social Services move so fast? It seems that the new elites get special treatment

Actually, I applaud this new initiative, but I really do not think that it goes far enough. A better way of measuring this would be to use a proxy of the maleness of all bankers, be they male, female or otherwise, to be published publicly as a means of advertising the maleness or otherwise of each institution. The proxy I would propose is that of length of penis (or homologuous organs; see also female spotted hyaenas), which is as good a proxy of testosterone levels over a person’s life as any other. Such a measure might yield valuable information, not least how big a dick one’s banker is. Valuable information might also be gleaned by comparing this statistic between ordinary bankers, and merchant bankers.

I’ll stop now, as I’ve run out of souble entendres.