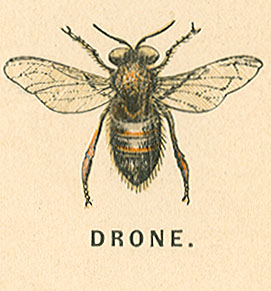 I can see this series getting ever longer – and I am sure you will be glad to add to it.

The last time I worked out the value of One Drone – the amount the government can expect to rake in from one minimum wage worker in one year – it was £1,816.19.

Which means that 10 drones have worked full time for a year to pay for – what exactly?

Why is the government storing 40,000 mobile phones?

Because they can’t sell them.

Why can’t they sell them?

Because they have all been retrieved from ‘orifice searches’.

Yes, 40,000 Dwayne’s and Mohammed’s and Kieran’s currently in prison have had their backsides x-rayed and been found to contain a mobile phone…(is this lowering the ring tone?)

And ten of you have had to work for an entire year to pay for the safe custody of a shed full of shitty Vodophones.

Ministers are supporting a Bill which would allow the destruction of the phones, with Jeremy Wright, the Prisons Minister, saying it was “totally unacceptable that prisons have had to pay for storing these items”.

Not half as unacceptable as taxpayers having to stump up the money to allow them to do so.

Perhaps the suppository phone might be helpful? It might be useful to stop
those, oh so sore fissures, and haemorrhoids that blight the lives of
concealers of strange items up where the sun seldom shines. Or is that too
much information? I have heard of addiction to mobiles. A relative recently
watched desperate mobile addicts prowling the field on a campsite with weak
signals, to find reception. She was ever so amused. Perhaps it’s what these
prisoners are troubled with? Mobile starvation……I did not put that phone up my
bum!

-message sent from my Dingleberry-

At minimum £30 a pop on eBay (broken ones can sell for more than that, let
alone those requiring just a clean up), that’s a lot of forgone receipts.

Of course, an iPhone would fetch a lot more, though – not to be sexist
about this – you’d only find these on/in women as I expect it would be a
special kind of guy who could comfortably conceal one. :-0

You’ve not seen Goatse then?

DO NOT GO THERE.

We’ve had apples, apricots (for those old enough to remember), orange and
blackberries, so now for the cucumber phone: “It fits, but not in your
pocket”.

Did ET’s finger glow before or after he phoned home?
… Run children,
run!

I had one of those phones. It was crap.

And are these the new iShit smart phones? Just a thought.

Some things are priceless. Clearly these phones are amongst them…

The vibrate mode could be fun!

… they were using ‘speed dial’.

“I ain’t, Mr. Jenkins… I’m trying to phone my mother… it’s a party line,
the receptions a bit muddy, and she’s a bit Mutton Jeff.”

I agree that there are some misleading stats here.
So you have a room in
a prison dedicated to storing prisoner’s assorted stuff, (plus electricity
heating etc costs for that room) and part of one or more prison officer’s time
for looking after it (signing stuff in/out etc). Certainly you can allocate
part of those costs to any individual items stored but does it really mean
that if those items weren’t stored that the whole operation would cost that
amount less?
Almost certainly not.
In any given prison would a few
mobiles less mean that you would use a smaller room?
Would the
electricity/heating bills go down?
Would you be able to hire any fewer
Prison Officers?
Almost certainly not, so although (Once you’ve added lots
of small amounts together) the figure might look scarey on paper, in reality
it means virtually nothing. i.e. no real additional costs to the system

Be careful about accepting these sorts of calculations even when you agree
with the point they support, it makes it harder to argue against similar
calculations when they support a point you don’t like.

If they took the batteries out of the phones, they could return them to
the prisoners, who are used to storing them in much less room.

Except it’d be easier to smuggle replacement batteries in, rather
than replacement phones.

I wonder if the source was this:

No mention is made of orifices. So I think it’s as I suggested; they turn
up with a mobile in their pocket, and that is confiscated.

From the drsolly link
“prior to 2009 unauthorised items which may have
posed a threat to prison security, such as mobiles, were seized from
prisoners and destroyed. But in that year the Administrative Court held that
governors had no authority to do that,”

The “Administrative Court”??? WTF?… http://www.justice.gov.uk/courts/rcj-rolls-building/administrative-court
“Skeleton
arguments received after 4.30pm on the afternoon prior to the hearing may
not reach the hearing Judge before commencement of the hearing. Any Skeleton
Argument received on the same day of the hearing will not be sent to the
Judge. You will need to provide a copy to the Court.”

Once again, I have to query this statistic, on the grounds that is seems
implausible.

The total UK prison population (2011) is 97,000 (source, wikipedia). This
40,000 figure means that a bit more than a third of convicts arriving at
prison have a phone stuffed up their arse. I don;t think any other orifice
would be big enough.

I could believe that a third of them turn up with a mobile in their
pockets, but I can’t believe that so many would have one up their arse.

It may not be 40,000 a year, it’s more likely to be the cumulative
figure. Probably not since prison records began, because keeping a phone up
your fundament in 1960 (say) may have been a tad inconvenient. The cable
would have limited your range somewhat – though ironically, would have
increased your communication possibilities greatly, provided you could get
the coins in. Dialling might have been tricky, though.

Figures released in January show that 14,595 handsets and SIM cards
were recovered in 2011 and 2012, with 513 seized at the privately run
Altcourse jail, in Liverpool, alone.

It was in The Times this morning – link here, but it is behind paywall
which is why I don’t bother to give link in piece.

The offending paragraph is thus:

Guards carry out “robust” searches using dogs and have introduced orifice
scanners which X-ray inmates for devices they might have hidden internally.
Some prisons are fitted with limited-use phones in the cells, in an attempt
to stop trade in mobiles.
The mass seizure of phones is giving warders
another headache: the law does not allow prisons to destroy the phones they
confiscate, so there are more than 40,000 in storage, at a cost of £20,000
per year.

If you walk walk, you need to talk talk

Detecting the culprits must be easy enough job for Prison Officers, though.
If they walk like John Wayne, pull ‘em aside and slip on the rubber
glove….

A couple of weeks ago, there was a report that an enterprising chap was
trying to market dumbells for thumbs, so that smart-phone users reduced
the chances of getting RSI by keeping their thumbs fit. Maybe he needs to
extend his product line so that ‘guests of Her Maj’ can keep other parts
of their anatomy fit, and thus be better able to hit the right keys.

I’d be tempted to put them back where they found them and then sow up the
opening.

I’d be impressed if anyone could manage to insert that anally. No, I
don’t need to see the pictures.

Be very careful with that arial.

Maybe that’s the trick the criminal justice system has been
missing…instead of an ASBO , just give every tearaway trainee ‘gangsta’ a
PHABLET to keep.

Seems they are being quarantined. But in fact there may be useful data for
the police and the defence stored in the innards of the phones.I’m sure the
inmates wanted to make calls to Auntie Marie and Uncle Larry but these would
be available on the public phones and monitored. Any calls to legal
representatives would also be available on the public phones, but though
confidential – who can be sure? So cash-strapped inmates might need to have
recourse to ‘direct work’ – as well as the more ‘personal’ conversations with
friends and family – there may be business or other contacts they would prefer
to be ‘safe’.

I’m confused. Wouldn’t these shitphones just be kept with the rest of the
lags personal belongings and handed back to him at the end of his term? Surely
they don’t have pallets of shitphones stored in a shitphone warehouse?

Has this immense cost just been extrapolated from the total cost of storing
lags belongings while they are inside? A bit like the cost of sweeping up fag
buts from the street when it’s actually just part of the total street sweeping
operation?

Bucko, thank you! You have provided the term by which I shall henceforth
refer to the retail establishment where I was recently kept waiting half an
hour after their auto top-up machine ate my £20 note; the length and inertia
of the queue was such that I started to wonder whether I was unwittingly
taking part in a piece of avant-garde theatre.

(To be fair, its actual title is in no way similar)

Hang on there Anna. They may need to be stored for DNA samples – criminal
investigations? Would a Kieran stick a mobile phone up himself? You may think
so, but I couldn’t possibly comment. We need experts here. May throw new light
on the use of ‘passive data’ by police forces conducting these ‘sensitive’
investigations. Was thought to encompass every keystroke on your PC, mobile
phone etc (by ‘recovery’ means) as well as CCTV etc – but that’s the ‘soft’
intelligence. There may be hardware too. ‘
‘ Now on the exhibits
sheet,ladies and gentlemen of the jury you will see 40,000 mobile phones. You
have not seen these exhibits in court. Instead you have a picture of Nokia
model pooweveu which the prosecution say was found in Complainant A’s
bum…..

‘Now…you heard from Dr X, for the proseuction, who says it’s very unlikely
that A or any other of the 40,000 complainants could have stuck it up
themselves. It’s possible, but very painful, and would cause serious injuries
– and in his experience no one has ever done such a thing…For the defence Dr Y
says that such activities are possible but he has only seen them in relation
to homosexual practices of mutual consent. I should say that such practices,
if they were to take place, would be illegal….

I wonder if they’re all on mute:

You’ve just reminded me of some the gems in the comments to this piece –
something I re-read whenever I’m feeling down….

Hopefully this will help you along in that direction, Anna. It’s not
100% original, but it’s all I have right now.

Both Lewinsky and Clinton have shown
What Abdullah must surely have
known
That an intern’s more yummy
Than a bomb in your tummy
Given
choices of how to be blown.

I think storing them for 40K will work out to be a damn sight cheaper than
the inevitable ‘Uman Rights compo claims….