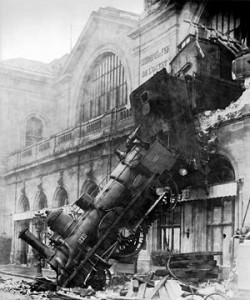 Not since it was revealed that the Vatican’s financial advisor, Michele Sindona, was a Mafia connected crook who had embezzled 20 million quid of the Holy Father’s piggy bank has there been such a catastrophic financial insult to the Catholic Church.

HSBC has announced that it would ‘prefer not to have’ the financial business of some 40 diplomatic accounts – including that of the Apostolic Nunciature in Britain. It has given them 60 days to take their business elsewhere. Trouble is – ‘elsewhere’ doesn’t want their business either. The major banks have closed ranks and declined to open accounts for those affected. Few names have been released, beyond the Apostolic Nunciature (effectively the Vatican’s embassy in London), the High Commission for Papua New Guinea, and the embassy of Benin – interesting both predominantly Roman Catholic countries.

There have been several major incidents in the housing of the Pope’s piggy bank in the past few weeks. Three days ago, Ernst von Freyberg, president of the Vatican bank – more properly known as the Institute for the Works of Religion (IOR), launched a new web site, apparently in a bid to display ‘transparency’ in the Vatican’s financial affairs. Michele Sindona was not the last of the ‘crooks’ handling Vatican money – last year Ettore Gotti Tedeschi, head of the bank was detained and his home searched by Italian police investigating for the second time allegations of money laundering.

In 2012 JP Morgan Chase closed a Vatican account in Milan after the IOR was ‘unable to respond’ to questionable money transfers; in 2010, Italian authorities seized £20 million from a Vatican account at Italy’s Credito Artigiano Spa, following allegations that the IOR violated anti-money-laundering laws. The money was released after the Bank promised to pass measures to comply with the international standards on money laundering and terrorism financing. It was only at the end of July this year that the allegation against Tedeschi was formally dropped.

In July of this year, the bank’s director and deputy director both resigned after a prelate, who was an account holder, was arrested by Italian authorities in June on charges of fraud, corruption and slander.

Pope Francis appointed a special commission to review the activities and mission of the Vatican bank. Ernst Von Freyberg told Vatican Radio this week that the Vatican bank has been working hard in recent weeks to get the institute to be ‘transparent, efficient and completely compliant’ with current regulations and standards.

No sooner had Ernst Von Freyberg declared the Vatican bank to be earnestly transparent, than Dr. Jonathan Levy, the attorney for several thousand Holocaust victims asked the European Union Ombudsman and the European Commission to assist him in his efforts to lean on Von Freyberg to allow an audit of some 30 Vatican accounts that were believed to hold laundered Holocaust era assets from the Balkans. The funds at stake were derived from gold and valuables looted from Yugoslavia during the Second World War and deposited at the Vatican Bank in 1946.

All of this was too much for HSBC, which has only recently recovered from paying the US authorities £1.32 billion in fines after it was alleged to have facilitated drug-cartel money laundering in South America.

HSBC, however, claims its decision is part of an assessment of all business customers to see if they satisfy five criteria – ‘international connectivity, economic development, profitability, cost efficiency and liquidity’.

HSBC has seen the train coming down the tracks…

None of this has any possible connection with the recent US warning of Al Quaeda attacks.

It won’t work…priests cannot get erections

That’s not what I heard.

@Moor/Anna/Everyone – shall WE write it ……. First we need a ‘working title’
ahem, how’s about ……. ‘The August Revelation’

“Callucci Ballucci – my goodness is he still alive, I thought he was long
gone !” .

” Alfredo, eat a ya breakfeast, you know you have a bigga daya heada
ya”
“Oh yes, little Annuncio’s wedding and Father Alfonso who looked after
us all so well at the little sisters is marrying them”
Suddenly Alfrdo
drops his morning paper and starts to convulse eventually falling off his
chair.
“Alfredo, whats wrong ?”

YOU DECIDE what happens NEXT !

A bank-note flutters to the ground. Criado-Perez is appalled to find
there is not a woman anywhere to be seen onnitt. Before she can reach the
court of the Vatican to protest, fifteen ninja-priests hurtle through the
enormous stained-glass windows and begin pummelling her mercilessly.

Criado-Perez is appalled to find there is not a woman anywhere to be
seen onnitt….from this she deduces that it is not an English bank note
which has had a bloody woman on it since 1953, it must be one of those
Euro efforts and she flings it into the waste paper basket…..

Didn’t Florence Nightingale used to be on the money?

Alfredo wakes up just as he realises that one of the fifteen appears to
be smoking a rather large Cuban cigar, worse still, he is not bald his
hair is black, no white or could it be both ? “Mamma Mia who has such hair
and what is he doing to poor Sister Criado-Perez ?”

The ninja-priests begin to form a tight circle chanting in low tones,
“De Profundis”, and other well-known Latin phrases such as non-sequitur.
Their dance becomes faster and faster until in a whirl of hysteria
everyone dies.

But you left out Sister Longaria. What’s Gilda going to say about
that? I wanna hear the rest of The White Queen.

Perhaps they don’t keep it (all) in their own bank because the Hong Kong
and Shanghai bank has valuable experience of money-laundering, from which the
Vatican can benefit.

Colour me confused but why doesn’t the Vatican Bank keep its money in the
Vatican Bank, what with it being a bank?

Better yet, for a small consideration, they could keep it in my account …
‘resting’ there as Father Ted would say.

Perhaps they should shift some assets to the Church of Wonga?

One fringe benefit of having no Wonga left will be that law-suits for
historical sex abuse will diminish quite rapidly.

There certainly appears to be a lot of flack being thrown at the Vatican
one wonders if it will not pack up with this new pope, some say anti-pope, and
head off to South America at some point in the future?

There are very strange things happening in the Church of England too,
sermons on change and that congregations must decide are they going to hang on
to the old or move with the times.

I know some Protestants in the USA (not the Evangelicals) are claiming this
pope to be the leader of apostasy, on the back of Jesuit priest and advisor to
three popes Malachi Martin before his death late 1990′s, claiming the church
is going through its own crucifixion after corrupting the doctrine with
Vatican II.
With the popes recent message of acceptance of homosexuality I
am beginning to wonder if some of what is being stated might have some truth
to it.

Funny thing is the queens own bankers were found to be laundering money,
did the banking community close ranks to have them move elsewhere?

And if you were looking to get public support towards some curtailment
of, or at least a little curbing of, the Great Satan’s legislative
overreach, you’re going to make a lot more impact and generate much
greater outcry if you close down the Bank of the Vulgate, as opposed to
the Bank of the Vulgarians. Or is that Seeing too much in an otherwise
purely commercial decision?

I suppose that, strictly speaking, that should have been the ‘Embassy
of the Vulgate’ and the ‘Embassy of the Vulgarians’, but the potential
for vindictiveness remains the same