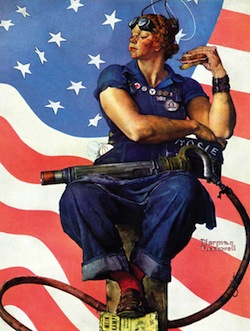 Vivian Cree says ‘Keep Calm and Carry on. Or Why BASW Must Stop Escalating Fears and Anxieties’.

Adam Collyer – When Not Getting Angry is Part of the Problem.

Dick Puddlecote – No Thank Eu – banning both slim cigarettes and menthol – Ms Raccoon’s favourite brand is both slim and menthol. You think you’ve seen me in a temper before? Think on!

Pavlov’s Cat – for the headline!

John Ward on the Labour Peers on the Private Health Payroll.

Ta for the linkage

Cheers for link (and for a better title for the post!)….

Thanks for the link, Anna.

It might interest you that a former German Chancellor saw it coming and has stocked up.

Anna, you do have the most important thing, and that is the ability to grab attention from the very first word that you write. This is a gift, of course, and quite possibly you don’t even know that you have it. In fact you probably don’t, which only makes it the more awesome.

Sorry about that, but I thought that it needed to be said.

Thanks for the link to LegIron. Been posting there for a bit now. He is mad, of course.

On a slightly less serious note, I have just found a very little bird lodged against my inside window sill. No idea of how it got there. But I had to do something. So I picked it up so very carefully and put it on the step outside. It vanished as I turned my back. And I feel really good. Nothing to do with anything. But thank you, God.

He might be mad, but he is one Hell of a good writer. Not only that, but he can write after midday – and I can’t, and not only after midday but after half a bottle of whiskey. I take my hat off to him!

Since I have never yet consumed half a bottle of whiskey before midday, I can’t really comment on that ability. But I wouldn’t be posting there if I didn’t think that he is a laugh a minute, no matter how spurious I think my comments might be. I often talk a load of old rubbish, but believe me, it is mostly deliberate, possibly because I can’t think of anything sensible to say.
I am so often surrounded by really bright people on this blog who lead me to shame for my ignorance. But you have to start somewhere. So thank you for that.

Actually Edna I am the number 1 token ignoramus on this blog, you talk much better sense than I ever could.

Edna? Okay, I’ll go along with that. At least I mainly manage to get names right, even if I often avoid the name of the person to whom I am replying. But please don’t feel bad about this. Let’s just vie for which of us is the most ignorant. This could be fun. And if truth is known we all believe that we are as thick as two short planks, but some of us don’t care all that much.

PS Can I call you Charlie?

So very sorry Elena, I did say though. Yes you can call me Charlie but you should prefix that with ‘a proper’. I often call my husband by the dog’s name and I do love them both so please be assured I didn’t mean to be rude to you. Won’t do it again that’s for certain. I am quite thick but the great thing about this blog is I’m learning and the amount of info is just amazing. Anna Racoon is now my daily fix.

He, he. Well, spotted