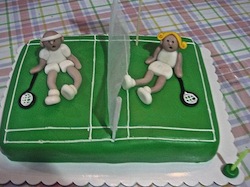 Have women become totally incapable of handling their own lives without the aid of the State to wield a big stick for them?

I ask because an extraordinary case is winding its way through Southwark Crown Court at immense expense to the taxpayer â brought about by a woman who in another age would have handled things very differently. The case has been running for six months now; the lengths the State has had to go to protect the various witnesses quite unbelievable â it is impossible to calculate at this stage the ultimate cost of this operation, and all because the woman blew hot and cold over an office romance. Suffice it to say that the man concerned remained steadfast in his affections.  An army of lawyers are currently arguing over whether this amounted to âharassmentâ.

Such is the sensitivity of the particular office that these two worked in that the woman is known in court as â2363â². He has been given the false code name of âMarkâ â though why he couldnât be â2364â², I have no idea. I shall rename him forthwith.

Anyway, â2363â²s main complaint seems to be that â2364â² kissed her in lift No â21â² whilst he/she was on his/her way to office No â54829â² in building No â418â² for the purpose of talking to â5849â². Are you with me so far? Good! Because they are all giving their evidence behind screens so the only way you will know that â2363â² is possibly female or just another screwed up member of the Security Services is the fact that his/her long painted fingernails are on view below the screen.

â2363â² went round to â2364â²s flat the following month to collect his/her clothes, but â2364â² swore his undying love for him/her, and he/she was so charmed by the use of the word âloveâ outside of a tennis match that he/she fell into bed with him and all was forgiven. Love All to â2364â².

The following month â2364â² arrived uninvited at a birthday party for a colleague (â2365â² I do believe!) that â2363â² was attending in the Public House known as the Ye Olde â213â² and â214â². The jury have at least been allowed to see an âxâ on the map where the Ye Olde â213â² and â214â² is, but not to know the actual name of itâ¦not being members of the Secret Service they will not be able to work this out for themselves. They need to know where it is because they have to decide for themselves just how likely it was that â2364â² followed â2363â² from the Ye Olde â213â² and â214â² to the nearest Tube Station which was of course, Tube Station â892Â½â on the â79â² line. Still with me? Good, its important, because â2363â² alleges that she then agreed to go back to â2364â²s flat to have a cup of tea.

â2364â², who we must remember had been imbibing alcohol at Ye Olde â213â² and â214â² along with â2363â², then became âirate, angry, throwing things around, laughing or at times even cryingâ. â2364â² allegedly ârolled around on the floor, crying and thumping the groundâ. One too many in Ye Olde â213â² and â214â² can affect some people like that, we call it âtired and emotionalâ but this lot probably have a code word for it. Anyway, â2363â² got fed up listening to â2364â² harking on about the old days in Station No â419862â² and took herself off to bed, not her own bed silly, but bed in â2364â²s flat. â2364â² appears to have misread this signal, or not decoded it properly or something.

Because he then â Oh heinous individual that â2364â² is â sent â2363â² an e-mail on the super duper top secret e-mail system that they had both been provided with. Noooo!

Worse, no really, it does get much worseâ¦

âHe would say he loved me and would marry me,â she told the court.

âIt is quite inappropriate to kiss someone in the lift at work when you have already said âNoâ, said â2363â².

â2364â² tracked down â2363â²s motherâs house and told her mother that he would marry her daughter within two years. He also sent flowers to â2363â²s home despite her attempts to keep the address secret, the court was told.

Well, a lot of us have this sort of trouble â trying to keep things secret from the Security Services; why â2363â² thought she could keep a little thing like her address secret from a Government spy who had access to all the secrets in the entire big wide world beats me, but there you go.

At this point, â2363â² did what any sensible modern woman does, and appealed to the authorities. She reported â2364â² to âUman Resources. â2364â² promptly accused â2363â² of attempting to ruin his career. Bish! Bosh! Match point.

âUman Resources ordered the pair of them not to speak to each other ever again, which seems eminently sensible, but needless to say, they continued to meet up to three times a week after work.

The final straw was when â2364â² forced his way into â2363â²s flat and she responded by , making him lunch and settling down to watch a weepy movie together, as you do when being sexually harassed.

âHe lunged at me as if he was going to kiss me multiple times,â said 2363.

After some two hours of being lunged at âas thoughâ he was going to kiss her (Noooo!) â2363â² burst into tears and locked herself in the bathroom.

The unbelievably expensive trial of â2364â² on a charge of sexual harassment continuesâ¦.

In other news; Andy Murray managed to hang onto his Brisbane International Title:

âIâd like to dedicate this victory to one of my best friends. Heâs back home watching â youâre going to get through it.â

Anna your original proposition is correct. Many modern women have become
little children who cannot handle the real world and have to run crying to the
government. They canât cope with rejection or even a simple difference of
opinion whereas most men can simply agree to differ. is it any wonder that an
increasing number of men are rejecting relationships and marriage and going
their own way. ( Google MGTOW)

For a moment, I thought this was a synopsis of a future episode of
Coronation Streetâ¦

Nah! So stupid it canât be true.

Anna, stop making these things up.

I would write fiction really, Iâd love to, but it would be so
boringâ¦.

âWhat is perhaps more frightening is that these idiots are the people
supposedly keeping the nation safe from the threat of terrorism.â

Wait till you are sitting next to an Admiral of the Fleet who has no idea
at all!

Whatâs going on âover thereâ? We are watching worriedly here.

At least no-one got locked up in a holdhall

Back when spies were proper menâ¦â¦

I feel much better knowing that such balanced and decisive personnel
populate our security services.

If a combination of wimmin-in-the-workplace and brit sporting
disappointment triggers these cases, then George Osborneâs budget is not big
enough to accommodate future claims.

Is the Blair-bitch project responsible for this ludicrous waste of taxpayer
money?

Cascadian, you very nearly owed me a new keyboard.

However, upon reflection, the answer to your last question is âAlmost
certainly.â

Cascadian Holdings plc has fully signed-up capital of 5 rubber-bands, 2
Ikea pencils, and a pair of poundland reading-glasses. (Which lets face it
is more capital than most Eurobanks) Any claims against it for a new
keyboard would be unadvisable.

I remember once being sat in Victoria Tower Gardens with a group including
an MI5 chap having some lunch. On hearing of his profession began to get
wistful and speculating on what a fascinating job it must be, wondering if I
should apply myself.

The chap to his credit stopped me short by pointing out itâs another
tedious bureaucratic civil service job. I never gave it another thought.

In that case I know which branch of the service he was marooned in.

We should think ourselves lucky that â2363â² didnât burst into tears and
then climb into a sports holdall, close the zips, lock herself in with
padlocks and promptly expire â I thought that was the spooksâ trademark
tantrum these days.

According to my invaluable 1951 train spotters guide 2363 and 2364 until
they were scrapped would have been built in the 1880â²s as 0-6-0 light freight
locomotives for the GWR. This means they would have been old boilers with a
tender behind. Have I breached Court confidentiality?

Iâve got 3685 in my shed if anyoneâs interested. That one has been around
a bit.

And for this posting Anna, other James Bond-themed titles to choose from
include:-

Dr. No.
From Lambeth With Love
Coldfinger
Thunderballs
You Only
Live Twice or Threetimes
On Her Majestyâs Secret Service
Diamonds Are
not necessarily Forever
Live and Let Die
The Spy Who said he Loved
Me
Muckraker
For Your Eyes Only
Octopussy
A View to a
Kill
(Iâll beat the) The Living Daylights (out of you)
Licence to
Thrill
Tomorrow Never Lies
The World is Not nearly Enough
Live
Another Day
Quantity of Solace
Skyfalls in.

imdb leaks:
GoldenEye (1995)
Miss Moneypenny: You know, this sort
of behaviour could qualify as sexual harassment.
James Bond: Really.
Whatâs the penalty for that?
Miss Moneypenny: Someday, youâll have to
make good on your innuendos.

What is perhaps more frightening is that these idiots are the people
supposedly keeping the nation safe from the threat of terrorism.
Send in
the clowns. http://www.independent.co.uk/news/uk/crime/mi5-officer-harassed-fellow-spy-after-passionate-and-volatile-relationship-ended-as-they-watched-andy-murray-lose-at-wimbledon-court-told-8671514.html

I guess that itâs all happened this way because theyâre in MI5. Underage
spies.

Para 11, line 1, you seem to have confused a 2364 and 2363. Iâm not sure
which one. Although, given this mess it is perhaps not impossible that 2364
would be approaching him/herself at a bus stopâ¦

At least we can be sure that MI5 is getting a representative sample of
staff, the better to reflect the diversity of the population. We canât have
them just recruiting sensible, discreet and educated older people who behave
with decorum, can we? That would be..errrâ¦. unthinkable.

Ah, but is it MI 5 or MI 6? They used to be known for not communicating
with each other for fear that the left hand wouldnât know what the right
hand was up to (or not, as the case may have been). Iâm glad I could clear
that up for you!

Blimey â you must be a software programmer â proof reader extraordinaire!

I think my head was spinning by Para 11â¦..oh for the good old days and
the simplicity of Miss âaâ, Miss âbâ and Miss âcâ of the Yewtree
reportâ¦â¦

âSpooksâ is always a LOT more exciting than that, I have to sayâ¦