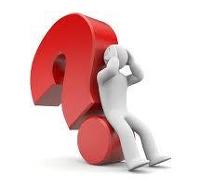 How much control should the authorities maintain over those that they decree might pose a risk to society? Any, marginal, none? What is your choice?

Regime (a) close monitoring of every activity including:

1) Diet Log: Every single piece of food or drink consumed is recorded for the dietician.

2) START Incident Form: This is a very thorough document that goes into fine detail of any incident of something untoward. This form goes to the psychologist and the positive behaviour team.

3) Daily Activities: This lists everything done during the day from having a bath; going to the gym; watching TV etc.

4) Independence Logs: This is for the occupational therapist and covers everything: applying deodorant; putting clothes into the washing machine; packing an overnight bag.

5) Mood & Behaviour Logs: Another one for the psychologist – every mood change is carefully recorded and reasons for a shift from content to anxious considered.

6) Social Story Monitoring Chart: Recording the reaction at four stages during the course of a conversation.

7) Monthly Log Summary: A monthly summary of any incidents of challenging behaviour.

Pretty restrictive monitoring eh? Prisoners in Wandsworth would be up in arms if they were so closely monitored. But then one of our ‘risks to society’ (Risk [a]) has used a torch and a spray can to randomly assault two young women, openly fantasised about ‘drinking their blood’, referred to himself as a ‘serial killer’, is known to suffer from a serious mental illness and refuses to take his medication on a regular basis. It would seem reasonable to keep a close eye on his day to day condition, however restrictive and intrusive that might appear.

The alternative is Regime (b):

a) The case is reviewed every three months.

b) Only the the potential ‘risk’s views are taken note of, how he thinks he is progressing; no contact with family or close friends, nor are their views sought as to progress.

c) Whether medication is taken or not is a matter for the individual concerned.

Now that seems far more relaxed, and suited to someone who poses no great threat to society. Let us say, hypothetically, (Risk [b]) someone like Steven Neary, the 20 year old autistic lad that I have written about previously at great length who was illegally detained by the authorities at Hillingdon Borough Council.

If you had matched the restrictive regime (a) with Risk (a) – you would be quite wrong. That restrictive regime is the one imposed on 20 year old Steven, living in his own home with his Father, a young lad who has never done anything more dangerous than try to put the Christmas turkey on his head – oh, and allegedly once knocked a vicar’s glasses from his nose.

The ‘relaxed regime’ is the one applied to 21 year old Samuel Reid-Wentworth, who went on to stab a young women 21 times, an event which could have been predicted given the number of opportunities listed in the report of this ‘regrettable incident’.

Samuel Reid-Wentworth was under the care of the mental health care experts who administer the Mental Health Act.

Steven Neary is under the care of the social care experts who provide support for his father who cares for him.

Is it me, or is something dreadfully amiss in these different regimes? Has common sense completely eluded the so called ‘care experts’?

Tragically the behaviours of the ‘experts’ have nothing to do with risk,
but control. If you challenge and complain, as in the Neary case, expect
control. If you give the appearance of compliance (whatever you may say/ do at
other times), you are not a ‘risk’ needing control. So the whole game is
dangerous to society- the question is can this power be taken away/ redirected
and if so how?

Is it worth forwarding a link to the story (and the previous), to the local
papers, with a polite request that they might like to follow up what is
clearly a case of excessive bureacracy going badly wrong ?

is this really about “risk aversion”? I agree that as a society we have
become way over coddled (molly coddled?… whatever) – we have debated before
the whole “when I were a lad we used to climb trees etc etc” – so yes, the
reduction of liberty and free choice is subtle – each slice seems reasonable –
wear a seat belt – makes sense right? – “Smoking” gotta be bad – right? –

it’s only when the you take a step back do you realize that the balance has
swung so far away from the individual – and of course by then it is too late.
Multiple generations have learned that “the government’s at fault – innit” – I
see no way to row back from this incrementally – it will need a seismic shock
to strip away the wasteful layers of civil servants and other assorted
do-gooders leaving us , as a society , too figure out what we need to do for
ourselves.

Something like a complete collapse of the financial and global trade system
..

It’s not you. How autism (which is surely in the learning difficulties
spectrum) can be equated with a condition for which someone could be sectioned
is ludicrous. If you want a fight, I’ll stand shoulder to shoulder with you on
this one.

The words of Dr Shakil Malik, clinical director and consultant psychiatrist
at the Sussex Partnership NHS Foundation Trust:“‘In our review, we found
that staff had been compassionate and caring, but in hindsight, they
had also been too hopeful and naive. ‘”

Funny. You can’t say the same in Neary’s case.

I have a tag at mine entitled “There’s something very wrong with this
country”. If I wrote this post, Anna, it would fall squarely into that
category. Appalling.

Those whom the gods wish to destroy they first make mad.

Does no one have mates anymore? I must say, if one of these women was a
friend of mine, this Samuel Turd-Wankstain would know the true meaning of the
word persecution and would be most scrupulous about taking his meds as he was
pushed about in his wheelchair.
Tell me Anna, do you think (as do I) that
the difference in treatment is partially due to these ‘carers’ feeling more at
risk from the stabby bastard than from the bloke lives with his Dad?

I think that the fact that Hillingdon lost a very expensive and
humiliating court case may have something to do with the restrictive regime
placed on Steven. That and the fact that anyone detained under the Mental
Health act has a positive army of legal beagles watching over their human
rights…