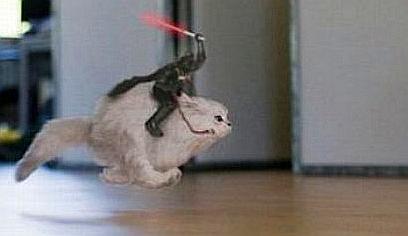 Just in case you were wondering what preoccupies the waking thoughts of the readers and shareholders of the Morning Star.

The paper has both a daily quiz and – fortunately for us – a letters column.

The Israel boycott should extend to Star’s daily quiz

I often wonder why so many of its readers find the Morning Star so exasperating.

Despite its condemnation of zionists it yet finds space to include an item in its daily quiz about Israel’s national bird.

Is the Star not aware there’s a cultural boycott going on?

And then, despite it’s condemnation of the Bahrain Grand Prix and rightly so, it then goes on to tell us who won.

For goodness sake comrades, get your act together.

The Morning Star has always been the newspaper you could rely on to support the cause of the Palestinians, so why of all the birds in the world did you choose the Israeli national bird to include in your quiz?

Maybe you don’t support the methods chosen by the International Solidarity Movement of BDS to assist the Palestinians in their struggle for freedom and justice – a demand that came from them originally.

This includes any reference to their wildlife.

What’s in a bird?

As a shareholder and daily
Reader of The Morning Star
I find Abenstern and
Clair’s objections to a bird
Just bizzare. It’s a pity the
United Nations can’t get
The dove of peace flying in
For some birdsong. No doubt
My letter will hit the waste
Paper bin faster than a can
Of Spam!

It’s not the bird it’s the apartheid

Regarding Martyn Lewis’s dismissal of our objection to quiz questions on Israel’s national bird (M Star April 30), it’s not the bird we object to but what this bird represents – the racist and apartheid state of Israel.

We too are shareholders and daily readers of the Morning Star and the Daily Worker before it.

But then, of course, you don’t need to.

Kudos to the sense of humour of the Editor, and to Engage Online for noticing. I”m not sure of the photo source, but I’ll credit it if it is pointed out.

How the heck do you get a photo like that?

Or a very, very well trained cat! If such a thing exists…

My cat can open the front door – she gets me to do it.

By pulling on the rubber bung that’s on the porch door, and because the door’s on a chime I can hear it anywhere in the house, I have to go and open the door for her so that she can go out do her stuff. I don’t need to let her in as she comes in through the cat flap.

You vicious destroyer of illusion, Ivan !

There are these other catflaps, which happen whenever the Gallywhacker is in a tizzy,,,

Good grief, I didn’t know the Morning Star was still published. All its readers must be a bout a thousand years old.

The subject arose on another forum some months ago, and I made a similar comment to yours. Somebody kindly informed me that the Morning Star’s circulation figure is so low it doesn’t register on the Trade circulation figures data.

For all I know, it might well be a photocopied flyer, these days.

No, no more than about five, I’d say, from the way they act. I’m amazed they can actually read.

Why would a communist newspaper have shareholders?