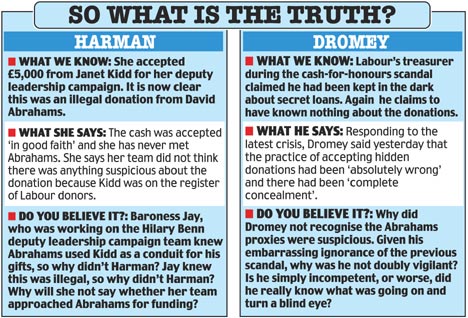 The toothless Standards and Privileges Committee of the House of Commons has just given birth to another congenitally idiotic report. 15 months in gestation, it has emerged blinking into the world, determined to prove it is neither use nor ornament.

A ‘new MP’ has been excused further punishment after it was discovered that he had not only been paid £57,867 by the union Unite since he had become an MP – a pertinent detail that he failed to disclose – he had also failed to declare that ‘interest’ in debates ‘where it would have been sufficiently relevant to do so’.

We were remunerating him for his loss of income whilst devoting himself to representing his constituents – whilst he was still working 10-15 hours week for Unite. We not only have ‘Pilgrims’ in the NHS and the various civil service departments – we have them in parliament as well now!

He has been excused this bad behaviour on the grounds that he was a new MP – giving the impression that this was one of the young intake of MPs who had not yet found their feet in parliamentary matters.

Step forward Jack Dromey – a man who has not only been steeped in politics since his youth, but has been sharing a pillow with that most experienced of parliamentarians and lawyers, Harriet Harman, since 1977. Admittedly she has had her own problems in complying with the standards of behaviour we expect from politicians, having to repay expenses during the expenses scandal and having a criminal record for using a mobile phone whilst driving.

I consider that it is relevant that Mr Dromey was a new Member seeking to establish himself in the House and in his constituency.

Pull the other one! – this man is a very experienced political operator, with the benefit of sharing his life with one of the most experienced MPs and an ex-Cabinet Minister. He should have been firmly slapped down, the committee has just given the green light to allow every new MP to get away with bloody murder.

This on the same day that it was revealed that proposals to give constituents the right to recall MPs who failed to live up to expectations had been watered down to the point where it only applied to MPs who had actually been jailed or disciplined by their fellow MPs…apparently on the grounds that some of them might have been turned into Cabinet Ministers by then, and that would be too disruptive to the country.

Yes, from the person who gave Britain the Equality Act, and the party who
gave its members the edict of women only short lists for safe parliamentary
seats…………..we have, parachuted into to the seat of Birmingham Erdington
(majority 10,000 even for that arch village idiot Sion Simon)…….Mr Jack
Harman.

This is a man who has made a career out of politics of the most dubious and
shadiest character…….the Labour Party and trade unionism.

He knows the rules alright. That he and his wife are even MPs is a disgrace
to British politics……I wouldn’t give either of them the steam off my piss.

Fortunately, the electorate seem to know what a fraud he is, Dromey managed
to lose 6000+ of the majority and will no doubt be targeted as a marginal next
time around – especially after boundary changes.

For justice to be truly served both of them need to get murdered on holiday
in Florida.

Surely the poor man suffers enough already without this minor financial
“misunderstanding” – he’s married to the Harridan and deserves our
sympathy.

Just remember peeps, the law for the wretched Tories is different from the
law for angelical Labour and Lib Dems.
Thank the BBC and Sky for this

MPs on the fiddle should be treated like fishermen are treated thanks to the spiteful use of MPs’
laws. A few orders under the Proceeds of Crime Act 2000 would go some way to
reducing the democratic deficit.
If an MP doesn’t understand or wasn’t
aware of the regulations he or she shouldn’t be enacting them.

Hattie Harperson knows the law does not apply to Labour MPs or officials
and if Hattie told Jack that was right he would have no option but to believe
her.

MP ~ I am sorry I forgot to mention the £57 grand
Speaker ~ No problem,
just say sorry, run along

Proof if we needed any that the same rules do not apply to rulers and
ruled.

I suppose it`s just as well that you don`t live close to Westminster where
said “thief/liar” would be within claw range.

On the other hand…….

And all that from the bloke who side-stepped the all-wimmin short-list.

The Speaker said he was a very nice man to apologise, and that’s that.