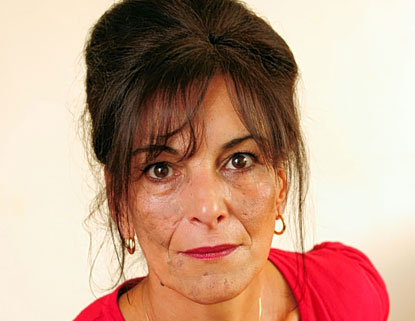 Here is a case which illustrates all that is rotten to the core about the values of “Nu Britain” with its focus on “process” and “rules” and “procedures” and “health and safety” and “care plans”.

A Britain where the politicians feather their own nests, and waste billions on pet projects that do not deliver, whilst running down the armed forces. Where bankers  do their best to ruin the rest of us, but take their bonuses as reward for the catastrophe the wreaked upon the generations to come. Meanwhile in a horrid irony the number of “food banks” handing out free food parcels of food and food vouchers to people who are going hungry is rising rapidly.

I have heard reports of this, and in an excellent piece in the most recent Sunday Times Minnette Marrin points out that there are as many as 200 food banks across the country, many administered by or linked to the Tressell Trust.

Last week I blogged on the Steven Neary case, where ultimately justice was done and a wrong righted by highly competent, insightful and experienced judges, who added that rarest of qualities to mere intellectual rigour: simple common sense.

Now I hear of another case where a Council or its sub department creature behaves with stupidity and some might think malice, and the law behaves like an ass.

Sue Angold is a 50 year old former nurse. She was a Sheltered Housing Officer for Sutton Housing Partnership for 20 years. One day she agreed to help out by being “on call” because of staff shortages – it was not even her job.

At 16.30 in the afternoon she was called to the house of an elderly woman. It seems the woman had been requesting help from 11.OO am in the morning, but nothing had been done. She arrived at 17.10.

She found a frail 95 year old sitting shaking and crying, soaked in her own urine, pleading for help. She was so incontinent that she was soaked to her shoulders. No one had been there all day. Sue also noticed an unopened “wheels on meals” container – suggesting this woman was not being properly fed and cared for over the longer term.

She lifted (more a sort of shunt rather than a straight lift as I understand it) the poor woman over to the commode in order to help clean her up.

Subsequently the “trained carers” turned up 20 minutes later. When Sue left the old lady kissed her hand and called her “an angel”.

What was the response of Sutton Housing Partnership? A medal? A promotion? Not a bit of it.

Sue Angold was suspended for breaking “Moving and Handling Protocols” She should have waited, according to Sutton Housing Partnership, for the “trained carers” to arrive as they did, although Sue says she had no idea when they were going to arrive.

Of course Sue may have been unwise. She had made previous complaints about Sutton Housing Partnership and might have suggested that in some ways it was not actually up to the mark. For example, by leaving a vulnerable women sitting alone and soaked in her own urine for most of a day and not being properly fed. That sort of thing.  Sue had, in fact, got herself a reputation as a whistle blower. That can’t have had anything to do with the matter, surely? Could it? Surely not.

Faced by the RAG (Risk Assessment Gestapo) she then made another mistake. She committed “thought crime” by saying that in the same circumstances “she would do it again.”

So they sacked her. She did not just lose her job, though. She lost the house which Sutton Housing Partnership had given her as warden for the sheltered housing scheme and where she had lived for twenty years.

So for helping an elderly woman in extreme distress, for acting promptly and humanely and with compassion, she lost her job and her home.

She took her case to the Employment Tribunal. She represented herself. Perhaps another mistake, but she would not have had the funds to pay a good solicitor and/or barrister, and it is not clear to me that what used to be called “legal aid” is available. Unlike the Neary case in the Court of Protection, the Employment Tribunal is not usually presided over by a senior High Court Judge who can tell the difference between right from wrong, and she lost.

A Sutton Housing Partnership spokeswoman said: “We have clear policies, procedures and training to support and guide staff when dealing with the elderly and vulnerable. These ensure our residents are protected and their well being is maintained at all times. In this case there was a serious breach of these procedures and it was necessary to take action.”

Yes, ensuring the resident’s protection by leaving her sitting in her own urine for 6 hours, and not being fed properly….

There is a legitimate point of view that moving an elderly person has to be done correctly, and can be dangerous for the patient, who may be very frail. That is a point of view which has to be tempered by common sense, and which is also not divorced from paranoia about legal action. Not to mention that whistle blowing issue…

The Employment Tribunal found that this was not “an emergency.” It plainly was and what she did was an act of mercy and compassion. Dismissal was plainly a totally disproportionate response. If anyone ought to have been facing sanction it was the Sutton Housing Partnership.

What a stupid – no, wicked –  topsy turvy world in which we live. As one commentator puts it: “the carer who was sacked for caring”

A campaign and petition in support of Sue can be found here: www.ipetitions.com/petition/justice4sueangold/

Here is a link to Radio 5Live’s interview with Sue Angold: www.bbc.co.uk/iplayer/console/b019gzwv

a Bunch of Morons with no idea of what is required!

Departing from there, He went into their synagogue. And a man was there
whose hand was withered. And they questioned Jesus, asking, “Is it lawful to
heal on the Sabbath?”—so that they might accuse Him. And He said to them,
“What man is there among you who has a sheep, and if it falls into a pit on
the Sabbath, will he not take hold of it and lift it out? How much more
valuable then is a man than a sheep!

There’s your answer to petty legalism right there.

The most factual representation of the facts I have seen written.

I agree with every single word above. I know the dear lady wants to appeal,
but I am concerned it is very late in the day. I believe the decision of the
Tribunal was early last year. On what I have heard and read, it was a stupid
decision. Sutton should be disgraced.

There comes a point with some organisations when their reason for existence
ceases to be the job they are supposed to do, and becomes their
self-perpetuation. So anything that threatens the status quo must be crushed.
When that point is reached, it’s time to abolish the organisation and start
again from scratch. Won’t happen though, sadly.

With reports of sub-standard care for the elderly in a number of hospitals,
and with stories like this, one feels that there is something sadly amiss with
attitudes somewhere in authority. They’re ignoring what they are there to do,
and that’s contemptible.

Shocking story really. Clearly with a huge dose of malice. Those of us who
actually care and have humanity are usually taken aback when we come up
against this kind of nonsense devoid of any common sense.

There are probably two roots to this the arrival and embedding of the
compensation culture, which the politicians allowed and did nothing to stop;
and the engorging of the public/quasi-public sector, with too many chiefs and
too many self-important functionaries. Somewhere it all flipped from serving
the public to some form of self-preservation.

It very sad the way innocents are treated, even sadder how good eggs are
now somehow a problem.

Looking like one of those dismissals planned in outline long before
opportunity furnishes the details.

So true. Clearly written with the expertise of one who has seen the
‘system’ work at first-hand.

The abused Sue Angold ain’t the first and won’t be the last – but, as
ever, the decision will be made by an inanimate ‘committee’, so that no
individual on that side can ever be held to account. Cunning, Eh ?

From what I’ve read: unbelievably stupid. Where do they dig up people who
take this kind of judgement …?! I have this terrible feeling it might not be
the only case …

Doesn’t it sicken you to the soles of your feet! What a complete shower of
bastards, first for the disgraceful lack of care and second for being no more
than jobs-worths in sacking this lady.

The ‘managers’ of Sutton Housing Partnership should be thoroughly ashamed
of themselves and should be prosecuted in a civil case by the old lady’s
family, if she has any. This company’s website states ‘Sutton Housing
Partnership is an Arms Length Management Organisation’, aye arms length care
too!

Myabe the people at the Sutton Housing Partnership will need “care” one
day.

They should get ‘care’ now. Applied with a baseball bat, in the middle of
a forest somewhere…

This time, Julia, I do agree with you. Well, maybe what you are
suggesting is a little on the mild side. Or how about the electrical
torture applied in the film “Taken” Like France, we have stable power
too.

I now plenty of folk who’d gladly care the living sh!t out of them.

Name the judge who issued this contemptibly perverse ruling

As ever, for the vast majority of people, you either get walked over, or
get yourself a gun/knife and find your own brand of justice.

Thanks for extending the publicity about this miscarriage of justice,
Gildas.

“…..A Sutton Housing Partnership spokeswoman said: “We have clear policies,
procedures and training to …………ensure our residents are protected and their
well being is maintained at all times. In this case there was a serious
breach of these procedures and it was necessary to take action.”…..”

Will Sutton HP advise what action they’ve taken over their deemed serious
breaches?

Gildas, that is a horrific tale, well done for exposing it.

Others have exposed it really but anything i can do to publicise this
shocking tale I will do.
G the M