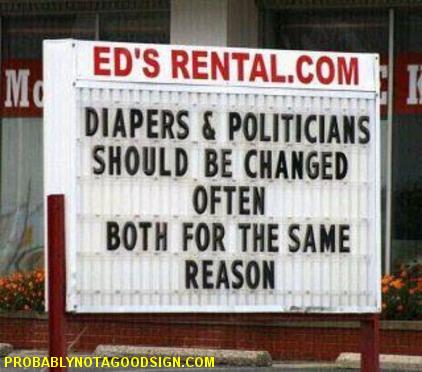 Poor delud-Ed. Disgraced Capo of the Union Borgata, desperately churning out chat-up lines like an intoxicated speed dater, trying to locate the one voter who might be desperate enough to let him get his leg over at the end of this parliamentary session.

He really has excelled himself today; sailing magnificently past an entire forest, he directs our attention to half a dozen weedy saplings fighting for life in the railway siding.

‘The Labour leader has identified at least six areas for immediate attention’.

* Savings fees: Pension firms should set out how much they are charging savers to invest their money. Research presented to the Treasury suggests up to 16 fees and levies can be applied to private pension schemes. If charges do not fall, Mr Miliband proposes capping total charges for pensions.

I say delud-Ed, how about scrapping the 20% tax which your shifty predecessor used to shaft the ‘hard working families’ saving to support their retirement, to the tune of £5 Billion a year? Didn’t mention that did you? We have a choice as to which pension scheme we opt for, if we don’t like their charges, we don’t use them – we have no choice in the government taxation.

*Car-parking charges: Railway companies have dramatically increased the cost of parking at stations, with South Eastern recently hiking costs by 16 percent at 50 stations. The cost of parking should be capped – along with season tickets and other fares.

The railways got left with the bill for years of underinvestment as a ‘nationalised industry’, your paymaster Bob Crow holds the country to ransom every five minutes to protect the interests of his involuntary members, and you are worried about car parking charges going up at 50 stations? We have a choice as to whether to park at the station or not, once on the train we don’t have a choice as to whether to pay for Crow’s egomania.

*Airline levies: Travelers face a wide array of charges from low-cost airlines for baggage, paying with a credit card and even checking in without printing out a boarding pass. These fees would have to be disclosed upfront with the cost of actual travel to avoid consumers being misled when they come to pay for a fare.

I do clearly remember Cameron trying this one on last month – its EU regulations, the EU Consumer Credit Directive coming into force in 2013, do pull the other one, not your idea at all, nor Cameron’s.

* Bank charges: Mr Miliband says his biggest concern is the £2 billion which banks make from unauthorised overdraft fees. He backs plans to give a new consumer watchdog the power to intervene and outlaw excessive fees in the finance sector.

Terrific idea, everyone should be able to borrow whatever they like from the evil bankers, whenever they like, regardless of their ability to repay, and the government should have the ability to stop the bankers penalising them for doing so. Why not skip the middleman? Let us all borrow whatever we like from the government, whenever we like? Ah, you don’t like that idea any more than the banks like people granting themselves unauthorised overdrafts.

*Consumer helplines: The Labour leader draws attention to the unacceptable practice of people being charged “50p a minute just to complain”.

Since when were consumer helplines just to complain? – a half hour call ‘on hold’ to your local job centre can currently cost up to £12 on a mobile phone. Being charged £12 to find out if there are any new jobs is a far greater rip-off.

Sounds terrific – except it has been Conservative policy since 2009, and as for ‘transparent pricing’ – see the EU directive on this matter.

All in all a desperate windbag soundbite – not being advised by Kinnock these days are you? It’s just that I seem to recognise the technique.

Delud-Ed is desperate to be the next CEO of the biggest rip off in our lives, one that we have no choice in – a government that helps itself to damn near 50% of what we earn, presided over by the most mediocre collection of policy wonks and ne’er do wells, but he doesn’t want us to look at the wood, just concentrate on this little tree – ‘Ooh, 50 stations increasing their car parking charges, I’ll put a stop to that’. Pathetic.

I feel it in the water that it is going to be a particularly ranty end to
the week! Grrrrrrrr!

I know that feeling!

Hospital car park charges are a disgrace. But as for overdraft fees, grrrrr
dont get me started…The scheme TSB applied to me once was as near as dammit
extortion when did not want to use the account at all, adding charges and
interest on charges and interest….
So we may have a debate there. But the
biggest rip off is the government, plus public sector pensions the rest of us
struggle to pay for whilst neglecting our own! may tread on a few toes there
Anna….

Car parking charges. What about the ones at Hospitals. What about council
run car parks. All these have excessive fees and fines too.

Airlines. The full price is shown at the end. If you don’t like it you
don’t need to enter your credit card details and pay.

Scotland cancelled car parking charges at hospitals as it is a tax on the
sickest and poorest in society.

We cancelled prescription charges as they cost more to administer than
just give free and tax on sickest & poorest as above.

Interesting paradox that, at all the private hospitals I’ve ever visited,
car-parking is free. At all the (free) NHS hospitals, it is not free.

Perhaps it is time to challenge that over-warn NHS mantra “Free at the
point of delivery” – if you need to pay anything at all, it ain’t free.

Re: Hospital car parking charges. Someone posted recently (sorry, can’t
remember the article) that after fees were abolished (in Scotland),
certain hospitals were heavily used by commuters. Hospital visitors were,
subsequently, even worse off. Law of unintended consequences and all
that.

Mudplugger – the NHS arguably isn’t ‘free’ at all. The budget of the
Department of Health is £120bn, which works out at £2000 (near enough) for
every man, woman and child in the country. If you were charged £2000 per
annum in health insurance premiums for each member of your family, would
you regard the services provided by the NHS as satisfactory? (I’ll bet
that, like me, you’d be pretty disgusted at paying extra for
car-parking!)

I would rather send my children on a med cruise with an Italian Captain at
the helm than vote labour.

It is laughable how stupid they think we are.
This weeks sound bites
including the phrase “if elected the labour government would inherit a
national debt from Tories”

Ok. They make this claim on BBC and it is allowed to pass for reality but
FFS do they think we forgotten Brown & Blair and the Mandelson
creature.

Improve things by making sensible decisions that improve and enrich
country. No not talking about culturally enriching neither.

Unemployed to be Used 3 days per week on national infrastructure projects,
training, skills, etc. In return for benefits.

Deport all terrorist regardless of ECHR. Just say they escaped….via M16 air
drop.9

“A half hour call ‘on hold’ to your local job centre can currently cost up
to £12 on a mobile phone. Being charged £12 to find out if there are any new
jobs is a far greater rip-off.”

To be fair, only a fool would call the Jobcentre on a mobile, or phone the
Jobcentre at all.

Last time I was unemployed, I was given no choice but to call them and
answer a lot of damned silly questions, they literally would not speak to me
or make appointments until I had ‘registered’. Tossers all.

I actually went to the Job Centre. I was told I had to (go home) and
phone them up and do as Robert the Biker had to do.

I repeat, I was actually AT THE JOB CENTRE and told TO GO HOME and
PHONE THEM UP!!!???

I wonder if it’s a subtle plot to try and dissuade you from
claiming?

(I strongly suspect that many people between jobs only ‘sign on’ to
keep their stamp up to date.)

Engineer, I think it’s just the inflexibility of the leviathan
state.

Miliband has a problem. Nobody is listening to Labour, and whilst they have
the likes of Ed “We’ll solve the debt problem by borrowing more” Balls in
senior positions, they probably won’t.

Hence the populist soundbites. Mind you, perhaps he should consider whether
we want a government that defends the Realm, keeps the Queen’s peace, sees
justice done without fear or favour, and guides the economy in such a way that
people can look after themselves. We don’t really want a government that
worries about setting car park carges – that’s for the car-park owners.

When Millipede persuades the UK population that a Labour government would
be competent economic managers of the national finances, we might listen. That
may be some time, however.