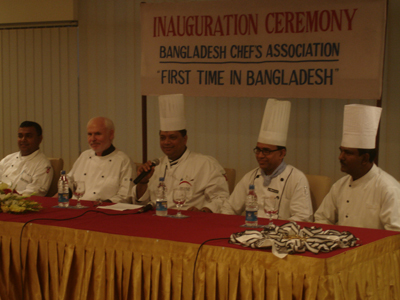 As you settle down to listen to the news tonight over your plate of chicken nuggets smothered in Hellmanâs mayonnaise and baked for a mere 6 minutes, prepare yourself for the doom and gloom.

Not the soggy chicken nuggets, the real doom and gloom; yeah, unemployment is up again, the country is going to rack and ruin â I havenât even listened to the news yet, but Ed ânasal twangâ Miliband will doubtless treat us to his rendition of âthis Prime Minister has failed, heâs a weak Prime Ministerâ.

A prize for anyone who spots mention of one item though â employment is up in some circumstances.

Whilst employment for those born in the UK aged between 16 and 64 has dropped by 311,000 â a stonking 181,000 people not born in the UK managed to find themselves a job. Incredible. Not in the land of their birth, not necessarily in the land of their first language, possibly educated in a country which doesnât spend 13% of its public spending on education â and they manage to walk off with one of those  âutterly impossible to findâ rare jobs which are available.

If we cut the figures back to âUK Nationalsâ rather than âborn in the UKâ, we get nearly the same result. 280,000 more UK nationals on the dole than last year â but 147,000 more non-UK nationals in employment than the last year.

Damn foreigners, over here, in our jobs â how could that be? Why would that be? They canât all be irreplaceable Bangladeshi chefs.

Donât all answer at once. An orderly queue please.

While contemplating the stupidity of socialism and simultaneously frothing
at the mouth, my usual reaction to reading the Guardian or BBC online, I
started thinking about Labours economic silver bullet to improve the
employment situation and improve the economy.

We will probably need a couple of Â£Million to design this scheme plus a few
thousand council employees will need to train as coordinators/managers to over
see the grass cutting or photocopying skills transfer process.

As Labour left a Public Sector Borrowing Requirement of Â£10 Billion per
month and a National Debt of Â£3Trillion plus PFI it seems logical to them to
further in-debt the UK by borrowing more.

In their Genius. We will have re-employed all the people who we paid
off/made redundant in the Public Sector at great cost over the last 18 months
to simply create non jobs and employ them again.

This my friends is how Labour plan to reduce borrowing and improve tax
revenue in the UK conjured up by the the feckless fuckwitts RedEd &
RedderEd .

I would rather submit for sacrifice upon Satanâs 5 Point Star of death than
get involved with Labour 5 Point Plan for jobs.

Blame the system, not the individual. Posts are constantly being removed
and created in the public sector, (part of the game , âLast year we lost 1,000
postsâ). On being told that your post is going to you become a âDiversity
Coordinatorâ or make for the exit and an uncertain future?

Earlier this year there was a story about a garden fence manufacturer who
was closing down one site and moving all production to another. One of the
workers was interviewed and said he had no problem with moving to the other
site. On the basis of his apparent age and accent I would guess that he was a
Polish youth, living in rented accomodation. A local âfamily manâ with ties
would not find the move so easy to make.

When you hear of a young man sending off his CV hundreds of times for jobs
from shelf stackers to trainer managers you might think that there arenât any
jobs. But you have to think about his CV. If my, admittedly one off and
non-scientific, experience is anything to go by even phd graduates have
atrocious spelling and grammer. Our company is looking for a new salesmanand
we got a range of CVs from one with no name on it to a 20 page, waffling about
nothing in particlar, essay.

The national minimum wage doesnât help either as it means that young people
who donât have any experience and are therefore worth very little at the start
of their career wonât be paid what companies think they are worth.

âIf my, admittedly one off and non-scientific, experience is anything
to go by even phd graduates have atrocious spelling and grammer. Our company
is looking for a new salesmanand we got a range of CVs from one with no name
on it to a 20 page, waffling about nothing in particlar, essay.â

Well, at least you GOT a response. Even if it was one you couldnât decipherâ¦

Well we got responses, but even with the offer of an interview some
decided not to turn up. Some gave excuses, some just didnât even bother to
inform us.

Listening to Radio 4â²s PM Programme, an interview was conducted with a
former Diversity Co-ordinator (I kid you not) made redundant from the public
sector. Sheâd retrained (at her own expense â very commendable) as a business
analyst and project manager. She was most surprised that the interviews sheâd
attended with private sector potential employers had not resulted in job
offers.

If sheâd re-gendered at her own expense, maybe âsheâ could have demanded
a job.

she wasnât just surprised Engineer, she was affronted, and felt they
didnât want her sort! Perhaps they had a peek at her sickness record?

I am sure I listened to the same program several weeks ago. They were
doing a BBCish investigation into how people who worked in the Public Sector
were finding it difficult to adjust and find work in Private Sector.

It was supposed to be a here is a common worker struggling in the jobs
market and all I could here was âThis person is shocked that the private
sector do not have a Â£40k plus pension job for someone who has extensive
experience in raising awareness of diversityâ¦.â

What are these employers thinking? They could employ a politically
correct lefty Triad Union activist type with no transferable skills in their
work place. These employers must be fools?

She should seek employment in a more suitable environment at the BBC, EU,
UN or the Labour Party. They love spending other peoples money on such
people.

Recent scurrilous developments in the sacred sphere of Kindergarten
Education prompted this Cat to reach certain conclusions about the fly
agaric-fuelled aspirations of Northumbrian yoof â which might go some way to
explain why more exotic folk get work:
http://caedmonscat.blogspot.com/2011/12/answers-chancers.html