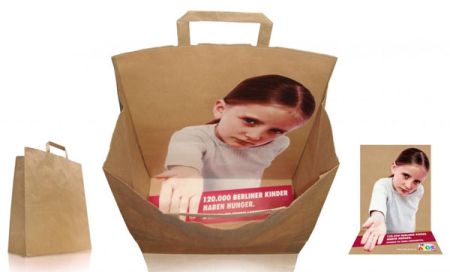 I make no apology for reposting an entry from 2009. I said at the time it was a classic Bear Trap – and so it has come to pass – The government that didn’t have the spine to repeal the ridiculous child poverty target, which could only be attained by a version of communism, has now found that magically, they can’t meet the target either.  Cue much wailing and renting of Guardianments.

The twin specialities of the Righteous, the ‘emotive’ platform, and ‘oppressive’ legislation, will reach a crescendo today as Mrs Ball’s lays down her bear trap.  ‘Do as we tell you, not as we do’.

10 years after Tony Blair delighted his rapturous supporters with his grandiose claims to end inequality, end the class war, end poverty in Africa, end child poverty, Mrs Balls, with the merest hint of a whisper of an admission that a Labour government – which inherited a position of strength – increased by moving the goalposts to introduce a less challenging definition of that moving target ‘child poverty’, has signally failed to achieve its own reduced targets, but is about to commit future governments to meeting those same targets……..with the sword of Damocles, by way of judicial review, hanging over their heads.

The only route out of this predicament open to future – and hopefully Non-Labour – governments will be to return to parliament and loudly state their heretical desire of  not wishing to end ‘child poverty’ to the braying opprobrium of the opposition benches!

Cooper said that if a future government felt it was unable to meet the targets, it would have to repeal the legislation and not simply say it did not have the resources to meet its goals.

The proposed bill, to be discussed in cabinet tomorrow, will establish four separate targets in primary legislation, Cooper, the new work and pension’s secretary, said. “I am absolutely clear that this is about reducing inequality, and being bold about what a future Labour government’s vision represents. It is not simply about reducing poverty. It will embed a desire to reduce inequality in our society in legislation.”

It is a classic bear trap.

‘Child poverty’ is one of those emotive phrases like ‘child abuse’, which encompass all gradients of evil, but which automatically conjure images of the most sinister possible versions of the definition.

In the UK, ‘child poverty’ amounts to being a member of a household that receives less than 60% of the median income. If your parents elect to live a life of self sufficiency on an idyllic small holding in the Outer Hebrides, with pollution free air to breathe, an abundance of organic food to ingest, and a crime free environment in which to thrive, but generate no income….then tough, but you just became a ‘child poverty’ case; it also means that if the country prospers, and independent entrepreneurs are able to drive up their rewards for their enterprise, then plop! as if by magic, several thousand more children will be cast into the Dickensian sounding ‘poverty’.

Government funded Quangos, from their position on the moral high ground, will then be free to attack the incumbent government as heartless capitalists, for failing to achieve the very equality that Labour failed to do.

This Bill is not about caring for children, it is about providing a stick for a disintegrating Government to periodically place a new Government on the ‘naughty step’.

And lo! It came to pass…the government is on the naughty step.

It’s only about redistribution of wealth, unrelated to need or want, so
utterly meaningless.

Another example of the hegemony that the cultural Marxists wield in the
contemporary political arena; since the left don’t have the benefit of
cold-light-of-day reason, they’ve been obliged to hijack the debate and
sentimentalise it. Any who argue against them are demonised as unfeeling
brutes by default.
The measure of any worthy society must surely be its
humanity and its willingness to alleviate need and protect the vulnerable
through people working out their humanity – not through the cold dead hand of
the corporate state..
The willingness of the public to give to charities
like Children In Need and respond to disasters shows that this can happen.

pedant mode
That would be ‘rending’.
end pedant
mode

Thank-you – I debated that one with myself for quite some time – and came
to the wrong conclusion!

By defining poverty as anything lower than 60% of median, the legislation
is all about making the spread around the median very low, rather than
tackling any objectively defined level of material wealth below which it is
difficult to live. By this definition poverty will always be with us unless we
all become very much more similar in terms of individual wealth.

And that is why liebour will never allow a means test, so that individual
measurements of a family’s needs could determine where real deprivation is
occurring.

Let us never forget that the greed of the Balls family and most MP’s is
contributing directly to child poverty as funds are diverted to their personal
wealth.

There’s an elegant take on this issue in American writer Ursula le Guin’s
short story “Those who walk away from Omelas”, in which one child is kept
naked and destitute in a cellar, allowing the rest of the population to enjoy
a lifestyle above the median level.

Most are complicit in this – only a few find it unbearable; ‘those who walk
away’. As the icing on a thought-provoking cake, she explaines how she came up
with the name Omelas – reading road-signs backwards; ‘Salem 0′.

I have said it before and will say it again – there is an answer to both
this and the benefit ‘trap’ – Negative Income Tax.

Let’s hope the current government passes a law that binds its successors to
do nothing that further impedes businesses in their primary activity of
creating wealth. But let’s not hold our breaths.