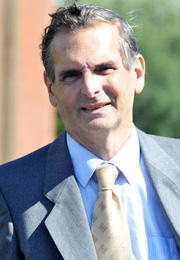 The Lib-Dems have a remarkable propensity to swing both ways. Bleeding heart hand wringers over the dinner table – right wing reactionaries when they encounter real life.

The constituency office of Ian Swales received a swathe of e-mails, 40 in total, when they turned down 59 year old Richard Robson for a job in Ian’s Redcar Office.

Richard had not taken the rejection lightly, feeling himself fully qualified for the job of filling in the MPs expenses and other tasks. There is no suggestion that he had previous convictions for fraud and embezzlement, but presumably thought he was a fast learner.

3 of the e-mails had phrases such as “caution, explicit naughty words”, “fetish” and “domestic violence” in the subject line. Just 3 out of 40 e-mails.

Pass the smelling salts Maisie, Ian’s office manager thought she knew a grossly offensive e-mail when she saw one, and called in the police.

This hot-bed of Liberals then sat back and watched as an unemployed man, Richard Robson, was convicted and sentenced to six weeks in jail, a suspended sentence, ordered not to contact Ian Swales Office for two years (was he a constituent? I don’t know) and ordered to pay £250 in costs out of his unemployment benefit money.

Yesterday he appealed against his conviction and won – now in front of a judge and two magistrates, it was decided that using the words “caution, explicit naughty words”, “fetish” and “domestic violence” was insufficient to constitute ‘grossly offensive’.

The case has been dismissed.

Redcar, thanks to Vera Baird, has a particularly difficult unemployment situation.

Not helped by the local MP employing staff who find themselves shocked rigid by such mild words from the unemployed, and are prepared to employ the full force of the law to crush a man who was already down on his luck.

Er, not exactly a tech expert myself but why not just block his address
after about four or five e-mails if he was that much of a nutter.

As I understand it, he wouldn’t know the e-mails were blocked and could
harmlessly vent.

I suppose I could say a lot about this article, but I think I shall refrain
apart from saying it sounds all too familiar ;o)

Not really; it was open to Mr Robson to open a blog and write exactly why
he should have got the job and what a complete shower his MP is and how
uselessly organized the office is. Looking at some of the comments in the
case, he would have had quite a large readership as the other constituents
don’t seem over-impressed with Ian Swales MP either.

He didn’t do that, more’s the pity.

I read online the most effective way to write emails to important persons
without fear of the oppressive nanny state arresting you then you should do
the following:

Download TOR browser bundle & secure browser. Open encrypted
connection. Select one of the many Free online Proxy services, select a
disposable email account (as you are not seriously expecting a reply)

Send the email of your preference safe in the knowledge your ISP IP address
is not being recorded in the header thus you are untraceable by all but MI5
types.

Allegedly this us most offensive to those who employ members of family wit
expenses.

I despair at times about people when I read such things. But it
happens.

One presumes the office manageress had previously requested and obtained
deletion of her computer dictionary / spell-checker, so as not to be offended
by legal, English words.

I also presume the magistrates have provided a complete list of ‘grossly
offensive’ words, so that the manageress will correctly recognise them in
future.

Yet more proof (if any were needed) of just how illiberal your average Lib
Dem is – they’ve hijacked the word “liberal”, clearly having no understanding
of what liberalism actually is.

But it does sound as if Mr Robson might well have been at home there. Who
sends 40 e-mails following a job rejection?

The court heard that Robson was convicted of harassment in 2003 and
received a restraining order.

In the context of having had one restraining order, then sending 40
emails, some of which may not be grossly offensive but would certainly
bother me to the extent that I’d begin to wonder if this one was going to
turn up with weapon….. I’d say that technically it’s the wrong charge but it
gets in to harassment territory.

“The Lib-Dems have a remarkable propensity to swing both ways. “

Errrr … and what about the police, CPS and magistrate/judge that originally
prosecuted and found this man guilty? The office manager of Swales is an idiot
but what does that say about the afore mentioned?

That they are just as bad, in my view. But the LibDems can’t do anything
about them, but they CAN do something about the idiot manager.

Goes without saying JM. Swales should have stopped this but instead
gave the go ahead and that being the case almost certainly influenced the
kangaroo court to procede.