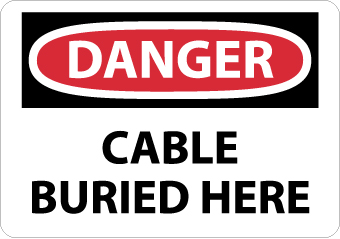 What now? This is a watershed moment. For some Lib Dems, it is close to breaking point. Business secretary Vince Cable spoke passionately in cabinet last Monday against making the small casino part of the City a vital national interest; why, he asked his colleagues, protect financial engineers and tax-evaders? He was ignored and furious when he learned what had happened. He will speak out aggressively against Cameronâs veto; his decision is whether to resign to do so or say so in office, courting his sacking.

Always an interesting conundrum for a politician: to resign or not to
resign, that is the question. Whether tis nobler for my career to suffer the
slings and arrows of principle, or to take arms against my conscience, and by
opposing silence it.
(apologies to the bard, currently spinning in his
grave)

It worked for Mr Howe in that his famous resignation speech guaranteed him
a place in history. Also a bit cathartic I would imagine. Robin Cooks was
equally noteworthy. Principled (blimey!) â and given some of the compromises
he put himself through before that, I suspect he enjoyed it. David Daviesâ was
a bit barking but whenever I hear him speaking now he seems more impressively
thoughtful â having thrown off the shackles of ambition and naked greed for
power.

What will happen to fantastic Mr Fox?? mmm, juryâs out. Not sure he counts
anyway â he didnât really volunteer to resign did he?
If I had to put my
money on it I would say Vince would enjoy life after resignation rather more
than life in office. I suspect David Cameron and Nick Cleeg would enjoy him
less. Which would be entertainingâ¦tee hee.

Strategically the Fib Dems only choice is to stick it out in the hope
things improve and Rey can claim some credit. If they went to the poles
anytime soon most would be unemployed. As politicians I expect them to make a
lot of noise, talk a lot of crap and ultimately do fuck all and collect
ministerial salaries.

It would be great to see a bit of in fighting in the Lib Dems as they do
not really matter and it would be entertaining to see how fueds are fought at
10 sandal paces.

You donât walk away from the first LibDem crack at a ministerial position
in generations, quite possibly the last unless something very odd happens in
the rest of term.
Might be as Cascadian implies that the extra cash + car
& driver etc are hard to let go as well.
So just a bit of manufactured
pet for the LibDem faithfull?
No longer the Yellow Peril that they appeared
at the last election.

When all is said and doneâ¦â¦..more will be said than done.

No changes, everybody is rather too comfortable in their plush sinecures,
with the perfect excuse to do nothing. Redward is irrelevant, UKIP a
worry.

I douby Cameron has the stones but an election now would possibly be very
good for the tories.

Labour have painted themselves into a corner on the EU, slamming Cameron
but having no idea what they would do instead, they are out of money, have no
ideas or serious policies and an idiot leader. The Lib Dems are in worse shape
and their destruction beckons.

The only thing that may hold DC back (apart from you know, courage) is the
resurgent tory right. The Lib Dems are still useful excuses for him.

DC should not panic, calm down and see what happensâ EU needs us , but if
not there are plenty of other markets around the world

@c777 â //It will be Scotland who will get rid of Nulabour.//
â¦as one
final service to UK before Scotland leaves us and re-builds Hadrianâs
wall?

Trouble with re build Hadrianâs wall would be the fees charged in
consultants, and back handers to the politicians

They would bleed us dry

It will be Scotland who will get rid of Nulabour.

Oh, really? I rather had the impression that Scotland is whence they
cameâ¦

New Labour â well actually quite old now given how long itâs been
knocking about â could be argued to be an english construct. I refer you
to any announcement from any scottish labour figure in the last 5 years.
They are most definitely old (and increasingly knackered) labour north of
the border. I think they could do with a bit of old new labour â might
shake âem up a bit and give snarky, smirky Salmond a bit of a run for his
money.

Robert, Scotland wonât get rid of Labour themselves, of course not.

What they will do though, by splitting off, is to ensure that there
will never again be another Labour government in England.

The Labour party will become, in Tolkienâs words, a mere phantom of
malice which gnaws itself in the shadows but can never take shape or power
again.

In one sense, the coalition has done itâs job â getting rid of ZanuLabour â
but do you recall the tarting about which took place at the time of itâs
formation? It was unedifying, to say the leastâ¦

Itâs only a matter of time for this loveless arranged marriage. Ignominy is
beckoning for the Lib Dems and Milliband is hellbent on ensuring that the
Tories would walk a General Election.

He is almost like the police in âpiratesâ â âwe go, we goâ â âbut you donât
goâ.

For Annaâs info. This was posted from my computer via VNC to Annaâs nearly
all new computer and from there to the internet.

I rather think that the right expression is:
âFuck off, we are done
hereâ¦â

Perhaps the foxtrotting old idiot can find something more useful to do. It
will make for an interesting Spring, though, if we get a General Election.
Which I think we need.

Do we still get a general election if the Libs decide to form a coalition
government with Labour within 14 daysâ¦â¦?

I see the pratfall, DG, but I believe that it is within the PMâs remit
to call for a General election. And only his.

Mind you, Iâm not a constitutional lawyer. As things stand, as Iâve
said before, if Cameron has the nuts to do it, he should sack all but one
(token) LD cabinet ministers and get on with the job in hand. Pour
encourager les autresâ¦

Frankly, nothing regarding the LibDems would surprise me. They are
uniquely horrible; a poison for which there seems to be no antivenine. And
I speak as someone who was bitten by a Krait once. Hurty, but not as much
of a pain as this mob.

Well, I can think of one antidote, but Iâm not sure itâs practical (or
legal).

I seem to recall that the only combination of parties able to command a
majority in the H o C was the pair which did form a coalition. Best of
luck if the Libdems want to walk. Ultimately the voters will be asked to
elect a party leader who doesnât keep to his deal ( despite wagging the
dog), a party leader who would take his brothers job, or a party leader
who ( true or not ) stood up for the popularly perceived British
interest.

I donât think that is quite true. From memory the position was if
Labour, LDs, SNP, Plaid, Greens and possibly the Unionists got together
either within a coalition or with some agreeing some a supply agreement
they could get a majority. Realistically this was felt to never be a
stable option (would have been fun watching them try to run a Government
on this basis if it would not have been so damaging to the country) so
the Conservative/LD option was viewed as the only practical option.

I supose there are LDs who still see this rainbow coalition as a
viable option!

Which came first, the title or the graphic?

A marriage made in heaven.