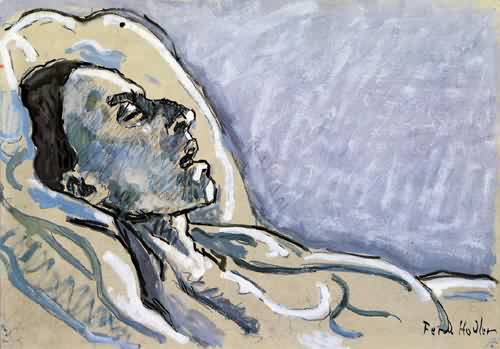 The demonisation of the elderly continues.

Yesterday we were told that bed blocking ‘by elderly patients’ was costing the NHS ‘more than £500,000 per day’ without a shred of evidence that the bed blockers were in fact elderly!

Today we are told – with some pride – that between April and June of this year some 7,000 hospital patients were found to be on the infamous Liverpool Pathway. A considerable increase on the 4,000 during the previous three month audit period. This is, according to Sarah Wootton, chief executive of the campaign group Dignity in Dying, a cause for rejoicing:

“The NHS is clearly moving in the right direction.”

The Liverpool Pathway is the ultimate cure for bed blocking. I have written of it many times; it is the means by which Doctors avoid a prosecution for Murder when they withdraw all treatment that they consider ‘futile’. ‘Treatment’ in this instance includes food and water.

We should not forget that the Office of the Public Guardian, the ‘secretarial’ arm of the Court of Protection, which can make these medical decisions for you (or against you!) has a £22 million ‘business expansion plan‘ under way. They expect to be busy granting permission for Hospital Trusts to go ahead even when you are vehemently arguing against such action.

I have no moral qualms about Euthanasia. We are born to die. It is our inevitable end. That it should be as painless and comfortable as possible is surely a moral good. Nor do I campaign against palliative care. I do argue against Doctors being able to decide without any outside influence from family or independent consultants that their patient ‘is likely to die with 72 hours’ and then being able to take action which virtually guarantees that outcome.

Apparently the ‘emotional and other pressures’ that are put upon them make them unsuitable to decide whether the State should continue to shell out for incapacity benefit – and yet they can decide whether the State should continue to fund medical care. At the very least there should be a legal requirement for the family to be informed that this action is being taken and a right to appeal.

The same Doctors who argue bitterly against the notion of their being compelled to assist the suicide of those who wish to hasten their end, are precisely the same Doctors who are happy to sign a ticket ordering the nursing staff to remove food, water and medication from those on the Liverpool Pathway and have no legal requirement to return to the bedside for 72 hours to see whether their orders have resulted in the patients death yet.

The Liverpool Pathway was designed by the Marie Curie Institute as an exemplar of palliative care for those beyond help in their hospices.

In 2006, the Labour Government authorised its use in General Hospitals.

Now we find that in a quarter of hospital trusts, Doctors had not held any discussion with a third of patients or their families before issuing the order that the patient was to be deprived of the essentials of life.

The very same Doctors who would refuse, should the patient request them to do so, to assist in ending their life.

Any Veterinarian found to be treating animals under his care in this manner would be swiftly prosecuted. There would be a national outcry should he do so without consulting the owner or carers of such an animal.

I see no chance of a similar national outcry in respect of our elderly whilst they continue to be portrayed as an expensive drain on tax payers pockets.

no one on this planet can convince me, starving, hydration, pumped with a
syringe driver full of diamorphine, how in heavens can anybody expect to
survive or come back to normality, no other words can be expressed, but cold
blooded murder, to save money. by the government health ministers, shame on
you repent, and stop it full stop.

Thank you for raising this. Anna. A friend of mine whose mother died
recently was told by the hospital that she’d been dispatched by the “Liverpool
Pathway”. The family were devastated and perplexed, never having heard of this
bizarrely named form of execution.Their bid to have the hospital investigated
for murder has so far been fruitless. I shall forward them a link to your blog
which I hope will encourage in their quest for the truth.

Morphine. High doses of morphine. Heavenly feeling and drifting away.

Further. An Uncle of mine was a family doctor in a small town in Kent.
Loved him to bits, an incorrigible rogue, when I stayed with them, he would
do his rounds, we’d hit the pub, and he would distract the landlord, and get
me to put the clock above the door back 20 minutes or so. A prankster of the
highest order.

Talking my aunt, not long after he died (she was a Matron in Barts during
the war. Tough as you like. Tales of lowering patients on stretchers by
rope, to floors below, when they were bombed. Shortly before her death, in
hospital, she was asked “What will we call you, Jo or Joanna”. “You will
call me Mrs. Surname”, said she. No nonsense.

Anyway, she was quite clear that in the cases of some elderly patients
close to death, with relatives consent, he had given them “an extra
squirt”.

I think of their that unwell and its terminal this is very kind. Fall
asleep and stop breathing in morphine induced high— not to bad a way of
going. Better than drowning in hospital pleading for young disinterested
staff to help you

My mum died of Pneumonia in hospital, some five years ago. The doctors
proposed withholding any treatment, bay hydration and pain relief if
necessary. My brother and I agreed. Mum took five days to die, and my brother
and I alternated 8 hour shifts sitting with her, as she moved on.

Only during the first day did she show any discomfort; the rest of the
time, her breathing just slowed down and then stopped.

Mum had had two severe strokes, both of which I had hoped she would not
recover from. She was treated with the utmost respect whilst she took this
time to die, and I have no complaints at all about how her death was
managed.

How do you think it could have been handled better? Yes, I know and have
witnessed very poor treatment of the elderly in hospital, including Mum after
her second stroke, which took place on a Friday evening. She started having
convulsions late that night in hospital, and they continued until Monday
morning when a Consultant came in and told us – she’s having convulsions. Well
fuck me, we’d have never got that had he not told us.

But the manner of how they, a year or so later, handled her death was right
and proper.

This should be no surprise, indeed since the medical profession embraced
abortion, the killing of the unborn, it was only a matter of time before the
lives of the geriatric infirm were considered in the same way, an
inconvenience. The future will see this readily accepted without comment or
concern as abortion is today. The decision point in that process being the
loss of ability to care for ourselves, once reached the person become a
useless beings to be disposed off. While this callous attitude does not
inhabit all souls, it will, for the majority become the custom, part of a
process of inexorable decay in our collective humanity.

Except that in abortion, it is the person carrying the foetus who makes
the choice whether to carry it to term and have a baby, not the medical
profession. And long may every woman have that right to choose.

As a mere bloke, I am awed that women are able to take on this
responsibity, and make such a decision. I say that without any kind of
judgement, just deep respect.

‘Liverpool pathway’ – it has the chilling righteousness of the freezing
experiments or ‘arbeit macht frei’ –
It could be worse it could be ‘Soylent
Green’.
But they have – they ‘harvest organs’.

I’m Dutch. Meaning – amongst other things – I have a sincere relation to
the right to die, comparable – at least – to the rights our pets have. I’ve
promised my Maman that I would myself use the needle, if no one else would,
should she lose her wit [which she hasn’t and I’m sure she won’t, but should I
be mistaken I stand by my word]. However, I was SHOCKED reading, hearing, also
from close-by people, that they’d been starved to death in a “Christian”
hospital. One of them took 10+ days before they – finally – gave her some real
dose of morphine to allow her to drift away. In between she asked for please,
please, some apple sauce … Good Lord, have mercy

The ‘Liverpool Pathway’ will continue up to the point that a grieving
relative who’s wife or mother has just been murdered (and it is just that) in
this way, takes the responsible doctor apart very publicly and bloodily.
Nothing but the thought of painful and terminal consequences will get through
the smug hypocrisy of the medical racket

I find it strange that of all the human rights “granted” to us by the EU
one of the most basic rights is absent.

The right to your own body.

Anyone sanctioning the so called Liverpool pathway to a close relative of
mine, would find themselves compromised.

As you know, Anna, I have written the subject of assisted death several
times (see http://dioclese.blogspot.com/search/label/Right%20to%20die ).
Another of my pet subjects is ‘hypocrisy’ – and it seems to me that here we
have a classic example ot putting the two together.

It seems that for many doctors, the ‘Hypocratic oath’ should perhaps be
more aptly renamed the ‘Hypocritic oath’

There is, of course, a huge difference between ‘Euthanasia’ and ‘Assisted
Death’ and I think your article illustrates that point very well.

We do, indeed, afford privileges to our animals that are withheld from
ourselves by the ‘great and good’ – normally, in my experience, in the name of
religion.

I’d like to put the entire 2006 Labour cabinet on the “Liverpool
Pathway”.

Seeing how the NHS is currently structured in that it cannot operate
efficiently or cost effectively or without large amounts of waste it makes
economic sense to kill your patients rather than care for them. Besides
radical reform of provision and funding could lead to patients being put
before staff, management and vested interest. That would never do.

In caring for my dear wife in her last weeks, I took the advice of a
McMillan nurse; ‘…try very very hard to avoid (her) going into hospital. If
she becomes too ill to leave, it’s not a nice place to die.’
Sadly a choice
not available to all.
The thought of the Liverpool Pathway is horrible.

I have one very bolshie son who is at times a bit of an embarrassment, him
being an Acupuncturist and not frightfully enamoured with The NHS, for what I
might add, are justifiable reasons.
Heaven forbid, but I might be grateful
to him one day. He will be in there with both feet flying if they try that
lark on his mother.

I think the care of our elderly loved ones is yet another area where
society today tends to ask (or more likely demand) that someone else both pay
and care for their dying.

We have a duty to care for our loved ones.

Where complex medical treatment is necessary and hospital cannot be avoided
then clearly family must have the casting vote. If the NHS cannot care for you
in your dying hours but can fit gastric bands to overeating couch potatoes and
augment the breasts of insecure females then I think the welfare state has
finally arrived at its logical destination: Total absurdity.