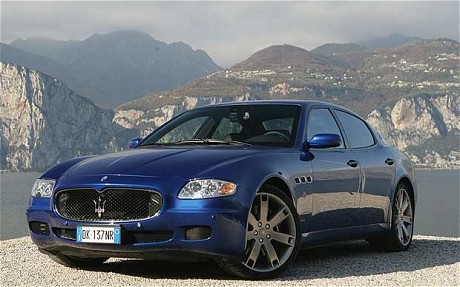 In the week after Cameron (and Miliband) showed their utter contempt for the principle of MPs being in parliament to reflect their constituents wishes, and proved conclusively that they were merely the henchmen of their party leader; the utter toe rags have had another idea.

Now they want the all encompassing ‘state’– aka – the taxpayer – to finance and serve you up a ‘choice’ of parties for which you may vote.  And they still call this a democracy?

The draft report is proposing that parties receive funding worth £3 per vote they receive. On the basis of the last election, the Tories would get £32m, Labour £25.8m and the Lib Dems £20.4m. The figures could be higher if tax relief were added.

Personally I think they should all be forced to campaign on a shoe string. No expensive TV ads, no top of the range advertising agencies, zilch – get out there on the stumps folks, the same as the small parties have to, then we might see an end to the tribal voting.

Would Prezza stand a chance on the stumps – would Mandelson have ever been voted in, or Gordon Brown, if they had not been able to rely on a ‘safe seat’ courtesy of the party machines?

State funding is seen by most sides as the only way to reduce dependence on big backers.

No, it isn’t the only way – there is another way.

Each candidate can only spend £5,000 and ‘the Party’ can spend nothing, zero, nada. If they can’t stand in the rain, the sleet and the snow and convince the citizens mooching around some God forsaken shopping centre that it is worth turning out to the Village Hall and voting for them, then they do not deserve that vote.

No more Union block votes, no more ‘opt-out’ of Union funding, no more city backers, no more big business donations. Force the lot of them to rely on passion, charm even, policies hopefully, commitment to the local population.

No more second home allowances whilst we are about it either – if you are not local, you cannot stand. Period.

Lord Feldman of Elstree, the Tories’ co-chairman, claimed: “A cap of £10,000 would hugely inhibit the ability of political parties to engage with the electorate.”

Quite probably – so let’s have a cap of £5,000 and completely kibosh the ability of political parties to engage with the electorate. No donation larger than £50.

Its political parties that have nearly been the death of our democracy. Its political representatives that we need. Not parties.

Parties have been the means by which MPs have voted themselves such a cosy – and insulated – existence. They decided on the second home allowance – not us. They decided on the travel allowances that enable so many of them – you think Liam Fox was the only one? – to fly round the world with their boyfriends, pay for their duck houses and moat cleaning.

At least the Italians do it with style – 19 bullet proofed Maseratis for their defence ministers – a boost to the Italian car industry. Somehow more palatable than our sordid collection of invoices for dry rot cures. Still a slap in the face for the austerity measures that Italy is supposed to be taking.

We should resist this attempt to have state funding of parties – at the moment, the threat of upsetting either the unions or the city bankers is the only thing that keeps these eejits under any sort of control, we certainly don’t control them – give them access to Treasury funds, and they’ll all have Maseratis.

All good but add in this-
Make voting compulsory. Include the “none of
the above” option.

We elect a representative. We get a ruler. Strange

Ed P hits the bull’s eye :  the problem relates to the fact that
parliamentarians are paid to do something that ought to be done out of a sense
of duty — and I include the upper chamber in this.

Certainly what I propose – that only those able to participate in the
legislature out of their independent income be allowed to do so – would
exclude the ‘ordinary man’.  Well, excuse me :  we have seen
the effect of allowing the ‘ordinary man’ free rein with the horse of
state ;  are you satisfied with his riding ?

Here in Canada political parties are publically funded to the tune of $2
per vote, seems to work OK….

I’d certainly think very hard about casting a vote if I knew it was going
to cost me 3 quid. And that it was going to a politician.

Lovely ideas, but has anyone actually seen any turkeys voting for Christmas
recently?
These corrupt and self-serving dregs of humanity are rather
unlikely to allow changes detrimental to themselves (and they don’t care at
all what voters want, as amply demonstrated over the referendum
issue).
Welfare recipients will continue to vote for The Welfare Party,
etc., etc.
So, to make a point, either do not bother to vote, or vote for a
minor party or UKIP, but never any more for the “top three”.

So, to make a point, either do not bother to vote, or vote for a minor
party or UKIP, but never any more for the “top three”.
Or even the
independent candidate if there is one.

I see an opportunity here….

If we don’t vote, they don’t receive their £3. Mass boycott of voting,
anyone ?

Shhhh….don’t announce that plan until after it’s all passed, signed up,
legal, big donations banned etc. Then we know they have no other legit
sources of income and our day will come.

Perhaps a little o/t; when we had the May referendum on AV vs.FPTP we
should have had a question on validation of an election by minimum turnout –
say 30% – and a positive rejection final line on the voting form saying, eg.
None of the above (for when those putting themselves forward are equally
repulsive) without that interfering with the right of abstention.

I like the idea of election validation, and I’d put it at 50%. Trouble is
then the unelected officials may be running things, so that’s a problem
too.
Perhaps a way forward would be for all funding to be candidate
raised, from eligible electors, restricted to a maximum donation of £10 per
elector/year in the constituency. Make ‘em accountable to us, not the
party.

Soon, their Ministry will be larger than our Army.

They give their defence ministers Maseratis so they can flee the
battlefield faster than anyone else if the going gets a bit rough.

Too many people don’t go to the Village Hall and vote. They do it by post.
Or their ‘community leaders’ do it for them.

This is one I really would go to the barricades for. I hope I wont be
lonely.

I think the referendum vote showed just how much the parties actually care
about the electorate. The electorate should reciprocate and insist on strict
spending limits.

Party machines have become much too dominant. This is partly the fault of
the press and broadcasters, who mention party more than policies, and shpout
and scream if an MP goes against their leaders wishes. Political parties were
invented for the convenience of politicians. They should be loose groupings,
of people who think roughtly the same for most things. There should be no
stigma attached to disagreeing with the leader, in fact, it should be
encouraged. That way you get a wider choice of ideas on which to base future
policies. Remember, it is still the case that you actually vote for the
person, not the party, although organisations like the BBC would far rather
you voted for the party (of their choice), without bothering to find out what
you are actually voting for. The party machines should be severely downgraded.
Prospective members of parliament should think for themselves, and descide
what policies they wish to put before the electorate. Those who can not
perform this fairly simple task should not even bother to stand. While we are
at it, politics should not be a career. Far too many non entities of British
politics have in recent years, made themselves very rich, to the detriment of
the country.

Go back to the early C19th, you mean, Derek?

The problem with all these things is that those who have the power to
change anything are those that benefit from the status quo.

Derek – you are spot on. We made a huge mistake in allowing
politicians, national and local, to pay themselves salaries. They now
regard their activities not as public service, but as a career which we
must pay for whether we like it or not.

Until we reverse that mistake we will continue to have disengagement
between the disenchanted and generally ignored public and an increasingly
remote and arrogant political class.

Taxpayer funding of political parties? No – make them earn every penny.
(We have to, so should they.) If the public won’t fund them, they should
ask themselves why, and ammend the actions and attitudes to something more
in tune with the public mood.

“We made a huge mistake in allowing politicians, national and local,
to pay themselves salaries.”

Who are “we” that had any say in the matter?