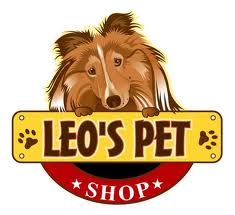 The crowded route to Liam Foxâs arse, being on the line, has produced some strange bedfellows; last night I stumbled on possibly the queerest one of all. The Pet Shop Boy.

Nah, not those singing mongs, this is just one pet shop boy, although there is a nightclub connection.

Follow me. A unique journey which will show you why blogging is so superior to anything the main stream media can come up with.

First a disclaimer. I cannot claim all the credit for following this trail, another far more astute blogger led me down this path, and he shall get his credit at the end, I bow before his superiority.

Small towns throw up small enterprises, local attempts to provide and profit from local needs. Daventry is no exception. Daventry has dogs and cats and parrots and baby hamsters, and they need to eat too. For a time, young Glenn made a living out of rabbit food and cat litter, but no longer, even with an on-line presence, the business ceased to hold his attention. He went on to move in far more exotic circles. In a relatively short time indeed, for âyoung Glennâ is only 34 now.

Could the careers of great Ministers of State be toppled from such humble origins?

âOurâ Glenn moved on into the IT world. Nothing exotic, small town computer shop. He also turns up as Secretary of a local plastics company which would appear to have âlostâ itâs other Director and be late filing its accounts. Whoops!

Fear not he gets more interesting. Following the trail left by another blogger, young Glenn then shows up as a Director of Pro-Tect Security Systems and Company Secretary of its predecessor the first Pro-Tect. He also chooses to mention on his Linkedin profile being Technical Director of Tactical Safety Responses (although I note the humble Leoâs Pet Shop still gets an honourable mention).

Ring any bells yet? Tactical Safety Responses Ltd came into being and shared some remarkable legal entities with Pro-Tect Security Systems. You may be wondering why it was necessary to transfer the personnel to a new owner.

That might well be because the Home Office were extremely upset with Pro-Tect Security Systems. You see they were the firm that supplied the new and untried Taser gun without gaining prior approval for its use as a firearm to Northumberland Police â and unfortunately they chose to try it out in front of Sky TV and the rest of the world by firing it at Raoul Moat whilst he was pointing a gun at his head.

See what I did? I got Raoul Moat into the queue for Liamâs arse. How did he get there?

Anyway, now we have Pro-Tect disappearing behind the radar, and Tactical Security Responses, with similar Directors and still swirling round small town Daventry â and what have we here? Would you believe it, but our old friend âLeoâs Pet Shopâ and yet another Daventry business with young Glenn Mark Cameron all sharing an e-mail address relating to a company called G3i. G3i was shut down in March of this year. We donât know why. It wasnât forgotten though, for at the end of August this year, the 30th to be exact, up rose G3 Ltd.

G3 Ltd doesnât appear to have any visible means of support, we cannot be sure, too early for company accounts; but it has certainly achieved fame in its two month lifespan. For there, right at the top of page 6 of the report from Mr Gus Oâ Donnell, Cabinet Secretary, doyen of nit picking accuracy and record keeping, is G3 Ltd. Provider of donations to support the expensive Mr Adam Werritty, occasional companion of Liam Fox.

Why would the Director of a company flogging Tasers, considered weapons under the Firearms Act, be making donations to a company peddling influence with the Defence Secretary? I donât know, take your pick.

Well, either I just did, or Gus OâDonnellâs report is inaccurate, and that I find hard to believe.

All in all some very interesting âearly hoursâ reading, and a regal swish of the Raccoon tail to Alex Harrowell who put in much of the early legwork â and Tim Worstall for sending me in search of Alex.

Look for the American / Mossad connection. Its in there somewhere. A nasty
murky world. Young Glen should be careful.

I took a bit of notice of this as I live close by, and if memory serves me
right some of Northants finest officers were sent to help
Northumberland.
The boss of Pro-tect had given them the tasers, who fired
them I am unsure. The company was in trouble for giving police un-licensed
tazers and the boss subsequently committed suicide. Now it seems a name change
to detract from this.

my memory of all events are starting to fade a bit, but I do remember
Northants police sent to help as it surprised me.