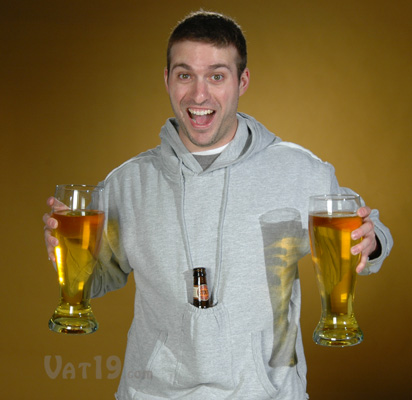 Truly it’s not, I promise you. I’ll even give you a link to an ‘authoritative’ source. Honest. Soon as I stop laughing.

You remember all those families living ‘below the poverty line’, the ones the heartless Tories are mercilessly targeting in between munching on deep fried babies?  The ones with the back garden shed full of deprived children?

It’s all about to change for them. Well by April 2013 anyway.

After that, they will be able to roll up the sleeves of their cashmere hoodie, lean back on their new Dfs sofa, put down the platter of Tesco’s Basic caviar with balsamic vinegar, and switch on their Ipad…

No more queuing up in the job centre for our feather bedded friends, all those grimy bus rides to the local town centre, nope, they can just swipe their hand across Job’s finest creation and – I’m truly not making this up….and work out how much they can claim and whether its worth going back to work yet or not!

They will be able to log into a secure scheme via their own bank – offshore probably! – and take advantage of ‘the most radical redesign of the welfare system since its creation’ and direct unemployment benefits back into their bank account.

Lord Freud, speaking at the universal credit IT centre in Warrington, said: “The plans are on time and on budget” He said his greatest concern was “not IT failure, but achieving a change in claimant culture”.

Indeed t’will take time for them to get used to it. How will they get their scratch cards? Home delivery service?

There’s just no room for imaginative satirical writing these days, the real world overtakes too fast.

Go on then, here’s a link, I knew you wouldn’t believe me.

It will of course be so much more effective at preventing fraud than in
1963, when I “signed on” for a week between leaving school and starting to
work.
Only I could not “sign on” because I did not have enough “stamps” in
the previous “qualifying year” (just two weeks work on the Post at Christmas),
but a friend had told me to ask for “Form B” (or some-such) which was
reluctantly produced and gave the same benefits.
So I signed on on the
Monday, mwhich took most of the morning, and again on the Thursday, having
been in a queue for twenty or so minutes. I was visited at home on the
Wednesday to ensure that I did live there and was not at work. Paid half on
the Wednesday and had to collect the rest in my lunch-time during the
following week.
But then that’s progress …

Wonder if buying a new computer will become ‘welfare deductable?’

With more and more pubs sticking cash machines by the front door now, it’s
fair to say that the idler is indeed king. Thurdsday afternoons are about to
get even better if you can play the system…

I know who the real idiots are.

Ditto.
And paying 40% for the privilege.
What a mug!

An interesting blog about the Universal Credit system, quite critical in
places.

All this technology and streamlining so they can make more JobcentrePlus
staff unemployed… but at least they will know how to use the app when they
need it.

It’s an extension of the old system. I remember at the turn of the 90s
being asked by a friend if I would sign his form (can’t remember why I was
approved to do so) so he could be paid benefits before he went on holiday to
Spain.

I was, at the time, doing three jobs just to keep my mortgage paid while he
spent most of the day in the pub playing darts. Yet he could afford a Spanish
holiday (I couldn’t even dream of it) and the DHSS would pay him early to
provide spending money.

That’s one hell of a safety net!

I’ve soiled myself following the link, but on the way received this update
to the Grauniad’s spiel, “Lord Fraud, WelMin, said only half of UCO claimants
would be online in two years, yet he had hopes that more might be achievable
with targeted funding.”

Ah, in other words, paying/bribing them to to use it…

I suppose ‘the social’ will be handing out free state-of-the-art iPhones to
enable the starving deprived downtrodden proles to use the said app?

Can I have one please? I reckon I’ve paid for mine. Several times
over….

By it’s very name and nature, it is a system designed to fail. Universal
means everyone has to be able to access it. But being internet based means
that only a few can access it.

Internet access in the home is still only just over 50%, but even then the
quality is variable. Fine in a city, but abysmal to non-existant in rural
area. And the demographics don’t work out either, those on benefits being the
ones least likely to have internet access.

This is the usual thing of politicians (and other’s in similar positions of
power) thinking that the internet or a computer system will solve a
non-existant problem.

“Fine in a city, but abysmal to non-existent in rural area.”
That is
something the French put a lot of money into ten years ago, and it is very,
very, rare now to land up with poor internet access in the rural areas – and
I am in a rural area. I think they were probably lucky in that they didn’t
have quite the same logistical problems that the UK faced.

This is why all those libraries were turned into semi-computer
workshops!

Not sure where you get your facts from.

But, I do agree that a web based welfare system does need all claimants
to have web access, but the problem isnt as bad as you make out.

Yep, my figures are a bit out of date. Acceptance of the technology is
progressing very quickly. Dial up is now just about gone and taken over by
broadband.

But the last few will be very hard to connect up. The usual 80/20 rule
coming into play.

Internet access at the home only growing 4% in the last year as the
rate of progress slows down to catch the last few stragglers. The last few
being those who are most likely to be needing to use the benefit system,
of which the nearly 6 million households still without access are a major
proportion if you go by those who say that the equipement is still to
expensive, ie. laptop/computer.

Of course they’ll all be demanding state of the art computers to access the
site.

and the e-mail complaints to ‘customer service’ complaining because they
couldn’t get a state of the art vacuum cleaner on the social when they blew
the old one up, like ‘er up the road did, are going to be a wonder to
peruse!
The staff will have to have lessons in txt spk.

Already happened, it was called the Home Access Scheme and applied to
families with kids on free school meals.

Sorry but l don’t believe it … a government IT system that works?
hahaha

“Lord Freud, speaking at the universal credit IT centre in Warrington,
said: “The plans are on time and on budget”…”

They always are, this early in the game. Just wait a few months.