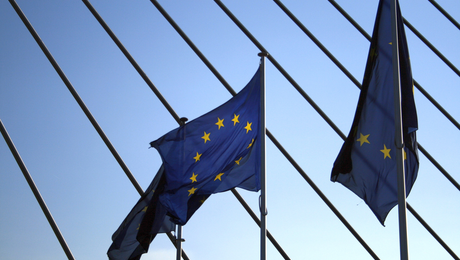 The European Commission believes it is backed by a “silent majority” in favour of its push for further EU integration and potential future role as the economic government of Europe.

I didn’t make that up – they really do believe that the 99% of us who didn’t bother to vote in the EU ‘elections’, those of us who aren’t rioting in the streets, the people who haven’t taken a machine gun to the lot of them, are actually keeping quiet because we approve of what they are doing and wish them to do more of it.

“The first and best ally that we have in all of this is the silent majority who too often is drowned out by a very vocal minority of sceptics and critics but which is much more solid than we care to think,” Laitenberger said Tuesday (4 October) at an event organised by the European Policy Centre.

“I am very confident that there are enough people, enough institutions, enough forces, that can be mobilised. You sense that the tide is turning. Many people who at the beginning of the discussion did not raise their voices are more forceful, more decisive and saying more clearly what needs to be done.”

Come on folks – someone come up with an e-mail address for Johannes Laitenberger so we can tell him how bloody wrong he is!

Your starter for ten, I’m counting on you.

E-mail for Johannes Laitenberger is johannes.laitenberger@ec.europa.eu

Please pass this on via twitter,  face book , whatever – and get people e-mailing him – let him know what the silent majority really thinks of ‘further integration’………

I have had a reply from this gentleman and two further replies from a
minion.

She has asked for my phone number to discuss matters further!

I had a reply from this chap:

Dear Mr Nowhere,
Thank you for your e-mail concerning my comments on the
“silent majority” during the EPC Sixty Minutes Briefing on 4 October, of which
I have taken due notice.
Kind regards,
Johannes Laitenberger

It’s not exactly personalised, but the fact it has been replied to says
that someone, somewhere, had their cosy workday interrupted by my thoughts. I
have no faith that anything we do will make a scrap of difference, but it’s
better than doing nothing and then saying that no-one listens.

I sent a frank but civil expression of my views to Mr Laitenberger, and
today have received an impersonal reply.
I await the knock at the door from
the men in black..

“Many people who at the beginning of the discussion did not raise their
voices are more forceful, more decisive and saying more clearly what needs to
be done”

Very true – but what they are saying is the exact opposite of what this
undemocratic idiot is saying.

Some observations on the EU Commission.

It is an unelected body that over rules the democratic elected parliament,
it is therefore a dictatorship, or to be more precise a political junta.

Like all dictatorships they want to expand their influence and crush
democracy in any way they can while pretending to be democratic.

IF, and it is a big if, they were democratic they would need to be elected
by the people they are trying to control – something they would never allow
because they would all be out of jobs.

I doubt that a few people sending e-mails will make any difference,
although I too have sent one, after all world condemnation had no effect on
the junta in Burma.

Also sent polite but firm email ,sadly like others i think the mass delete
button is working overtime.

“Not silent” here’s my effort…

You most emphatically do NOT have my backing for further integration or any
role an economic government of my country Mr Laitenberger – or even for your
current level of influence. What vast hubris to assume that the vast majority
from whom you have not heard support you!. The European Parliament is at least
elected but the European Commission is a self serving elite unaccountable to
the European populace it governs, but does not in any sense represent. It
listens only to the voices of its supporters, ignores its critics and does not
even address the vast hinterland in between. Within the Parliament the lie is
given to your statement by the growing representation of parties opposed to
not only further integration but even to the current level of EU influence on
national sovereignty. Finally only in the mind of a deluded ideologue could
any organisation which cannot get its own accounts agreed as fair and accurate
possibly have any credibility as an economic government.

If you are so sure of your support then:

a) Voluntarily make all Commission positions elected and

Thank you for your e-mail concerning my comments on the “silent majority”
during the EPC Sixty Minutes Briefing on 4 October, of which I have taken
due notice.

Concerning your suggestion on referenda on further integration measures,
I would like to draw your attention to the fact that the EU institutions
have no competence whatsoever to organize or call for a referendum on this
or any other issue. Decisions on referenda are exclusively and fully under
the sovereign power of each Member State of the EU.

Similar response received.
Doesn’t address the issue of why an
unelected EC spokesman is presenting his personal view publicly. I would
expect officials to deal with matters of fact and agreed policy
only.
Even in the unlikely case of evidence to support his opinions, I
would have thought these were matters for the elected
representatives.
But I suppose the MEPs etc don’t want to frighten the
horses, (sorry, electorate, so more like nodding donkeys) and we aren’t
dealing with a democracy.

I think the man mistakes the silence of the majority for support when in
reality, it’s apathy.

Can apathy be “solid”?

Joe Public, spot on as usual.

I got a very polite e-mail back from the chap too. Ho hum – guess all the
world’s a stage etc etc

Just sent the fellow an email telling him how wrongheaded the whole thing
is.
Might add some weight, but nothing short of market collapse will make
any difference I fear.
Thank the Lord it’s coming.

I just sent an E-Mail, to the address posted above, polite and not a rant
because being otherwise just gives believers of the ‘great dream’ the excuse
to dismiss any serious message that lies within, I doubt if it will make any
difference, however France being fundamentally and perhaps fatally damaged by
the unfolding events in the de-railment of the Euro and the E.U. probably
will.

This is what I said

This piece of the majority is silent because I am speechless with seething
rage at the EU and its works but mostly the lying, hypocritical low life that
foisted the Great Deception on us in the first place and continue to ignore
us.

I’m not going to repeat my message to the gentleman verbatim, but the
phrases “anti-democratic” and “get a proper job” were in there somewhere.

Can’t help thinking that it’s like pissing your pants whilst wearing a dark
suit.

A warm feeling of relief, and no-one notices.

When out walking in a group, we find a bit of warm debate makes us forget
the steep bits.
Favourite topic is europe. Latest anecdote, and before we
know where we are, we’re at the top of the hill.
Consistently, the only
support for the eu comes usually from one retired schoolteacher. Usual
argument being it’s kept us war free in europe for x years. As if.
Apart
from that I don’t know any eu supporters personally. There seems to be split
between the cynically resigned and the rabid antis. Nobody dislikes europe,
it’s people, or member states, it’s the eu.
Now to write to little
Hannes.

Problem. I just took a quick unrepresentative vote from some passing
tradespersons on an immediate emotional response to:

The scratched their heads for a moment and looked uncomfortable. “Dunno”
they said. “Don’t think much about it.” “I went to Turkey for my holidays” .
As I said, it’s unrepresentative, but they were not quite evenly poised. It
would be far easier to nudge them towards ‘yes’ than ‘no’. I wouldn’t go so
far as to describe them as solid. It’s more like a huge blancmange which would
be easy to scoop in to a dish but in so far as it has any resistant structure,
would be very easy to break down.

It’s difficult for bloggers to accept but we might not be representative of
the electorate as a whole right this moment. The question is more “do
Eurosceptic bloggers represent the way the electorate is going?” If I were DC,
I’d be cutting and running for that referendum now. If he wins one now – and I
think he can because he won the av vote – it will settle the issue for another
generation. This is not my preferred reality, but it may be the way the world
is.

In know it won’t make any difference…but I’ve just emailed the ‘muppet’
Johannes. At least I feel a bit better for it…

Now, if only we could persuade Cameron to listen…and then do
something…!!!

I would challenge him, that if he’s that certain, to call an EU-wide
referendum on it, and see how close to 99% he gets in favour of the EU. He
might even get a majority, but I suspect there will be a few countries that
vote a majority for no.

No problem, they can keep voting until they vote correctly.

Make it a compulsory vote, that should deliver a knockout blow.

Soz, but Im not a Eurosceptic, but I do believe in democracy.

Is there a prize?

Top man, James!
You may go down in history – now get re-tweeting that
e-mail address folks – tell this git what the ‘silent majority’ really
thinks.

I got a new topic for a blog post.

Frankly, I don’t think it will change anything but I just have to say
what’s on my mind. It’s easier to live with yourself when you know you
tried.

I finished my blog post about this guy’s Yada yada yada, now I’ll write
a letter. Maybe I’ll pretend to be some coquettish long-legged blonde.
Does anybody know his wife’s e-mail address?