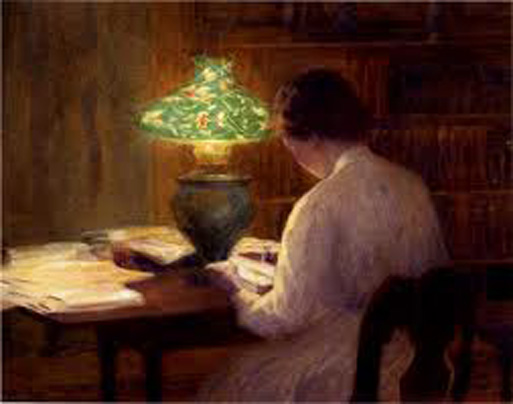 There is a sound reason why sane people don’t study the Law – it fries your brain. Normal people wish to retain a few brain cells to enable them to do ordinary things – like cross the road safely. Lawyers just develop a taste for reading ever drier and dustier texts.

Which is how I came to be reading an obtuse piece of jurisprudence at 4am this morning. Like I said…sane people.

What is more, I am about to inflict it on you. Really, I am. I’ll try to put it in plain English, because it fascinated me – and made my spine tingle. You get like that after a few years. Other people have sex lives.

The British Common Law system relies on the law constantly being adapted to fit new situations – not ‘Judge made law’ as the media like to put it, NO, NO, NO, absolutely not, it is Judges looking to ‘parliaments intentions’ as they delicately put it. The outcome might seem one and the same to you, but to suggest that a Judge is actually ‘making law’ is an absolute No-no. They are merely calling up a different interpretation of what they think, as opposed to what the last Judge ‘thought’, was Parliaments intention….

These days, thanks to the inclusion of the Human Rights Act, that incorporates a lot of continental ‘Civil Law’ principles.

I was originally looking at the proposed revisions of the Data Protection Directive. (At 4am? I’ve already agreed that I’m sad, so just pipe down in the back there) It sounds reasonable enough on the surface. It proposes to give people the opportunity to delete personal data that is no longer appropriate; you know the sort of thing, the County Court Judgment that you paid off 15 years ago, the youthful indiscretion that resulted in a criminal record – who could object to people being given the right to expunge such damaging data from the on-line record?

Delving deeper into this dense fabric, I discovered the origins of the concept. Buried in the fabric of civil law, it is the ‘right to oblivion’, the ‘droit à l’oubli’, which is described in ‘The Harmonisation of European Private Law’ as being the ‘right to silence on past events in life that are no longer occurring’.

Now the section of the Data Protection Directive that is proposed to be changed is absolutely not, perish the thought, proposing anything as dramatic as rewriting history or censorship or the gagging of journalists. Categorically not.

It is just proposing a little harmless tinkering with the law, which will in turn be incorporated into British law, allowing innocent persons to ‘take control of their on-line lives once more’; expunge those embarrassing Face-book pictures, letting that conviction for throwing a flower pot through a restaurant window when you were but a teen-ager be struck from the record.

It will also, inadvertently, incorporate a smidgeon of the civil law ‘right to silence on past events in life that are no longer occurring’ to enter the British legal field. Once there, it will be called to the attention of Judges asked to interpret parliaments intentions….as they have been asked to interpret the Right to a Family Life on the basis of having sired five sprogs with four different women in an effort to avoid going back to Somalia.

The collision of Common Law and Civil Law is an uncomfortable one – too many MPs, let alone the general public, shut their ears and eyes to the implications, its all too complicated. But think on, if you can successfully argue that your credit record should be amended then it is only the hop and a skip of a nimble barrister to argue that your past civil partnership to a woman should be expunged from the record as being a ‘past event no longer occurring’. Your record as Gordon Brown’s financial advisor being a ‘past event no longer occurring’. Balls to that.

My reaction apparently comes within the remit of an ‘emotional and instinctive reaction, often negative, rather than rational and thought through responses’ – a typically lawyer put down – ‘before you say you don’t agree with me, I’ll just insult your ability to understand properly’. An arch-typical left wing argument, and especially typical of those in favour of European Law entering the British legal field.

I say it is creeping in by the back door here – for once I agree with Ken Clarke, a mighty rare event. He said in a speech in Brussels:

‘Other voices than mine have raised concerns over its ability to impinge on free speech and to censor information which has been legitimately circulated in the public domain’.

Eminent lawyers are even now arguing persuasively that the civil law ‘right to forget’ should be remarketed as a ‘right to delete’ to overcome concerns such as mine. That each individual should have the right to delete information about themselves.

Moreover, a ‘right to delete’ is a direct right – a right to act – whereas a ‘right to be forgotten’ appears to be a right to control someone else. This idea of control is connected closely with the association made between the idea of a right to be forgotten and restrictions on free speech, and on censorship. The change in name should help to make it clearer that the connection between a right to delete and censorship is tenuous at best – and in a practical sense non-existent.

Rename it? Bury its origins even deeper? I’m no happier! There is a long history of laws being incorporated into British Law on apparently altruistic grounds which later – too late – turn out to have useful applications, with a little jiggery-pokery,  by those who seek to control us.

So no real merit in being honest and upright when young. If rogues can
cancel their past.

To which of these two groups do you belong?
I fail to qualify fully
for the first, so it seems I’m a rogue.
Forever?

There is a difference between removing from public record certain facts –
censoring the past if you will, and ignoring those facts except when
pertinent.

People who have been in prison and have served their time will still have a
criminal record, but the record should not be used against them, i.e. when
applying for a job. That’s not to say totally ignored. So a fraudster will
more likely get a job on a factory floor than in the accounts department.

Time to update my CV so I can apply for a job in the Records Department of
the Ministry of Truth when it becomes available.

A “right to forget” could allow me to say, “I have no previous
convictions.” without being branded a liar if (surviving) records were later
checked. It’s a right for ME to forget, you can remember if you insist.

Oh yeah? Don’t you reside in France? “Those who seek to control us” don’t
control you. Butt out.

I reside in Europe, Oh bad tempered one, and European law concerns me as
much as it concerns you.

We design aircraft, pharmaceuticals, computers and more using software
these days. But the law is stuck in the quill pen era. Could it be that
putting all law on-line would replace dusty tomes and even lawyers with
‘Apps’. Could it be that our law is an inconsistent muddle and that good
software would reveal that inconvenient fact – and the obfuscations that lie
concealed within the muddle?

Was it not a well known newspaper owner that said he didn’t have to censor
newspapers but just employ the right sort of editor.
And is it not the same
with judges? Do they not also know which side their bread is buttered
on.
Or is the soft on criminals really a delusion.

And then there’s the Home Secretary’s plan to retain the DNA of people
charged but then cleared of offences which may breach human rights
law.

How could this be workable in the internet age? E.G., The Daily Mail’s
prepared (& supposedly accidently launched) on-line front page, about Knox
being found guilty when she wasn’t, was pulled quickly, but not before it was
screen-grabbed and stored (out of their reach). Facts, allegations &
pictures are now forever – no one country could legislate to control or
destroy them when they’re stored in multiple places offshore.
Perhaps I’ve
missed the point of your post, but government agencies are also notoriously
“leaky” with sensitive data, so it’s not possible to erase the past by edict
anymore.

“… no one country could legislate to control or destroy them when
they’re stored in multiple places offshore.”

Once they get the law passed, they’ll gradually iron out the
wrinkles.

One Law to rule them all, One Law to find them,
One Law to bring them
all and in the darkness bind them
In the Land of the UK where the Shadows
lie.
The Law of Unintended Consequences.
with respect to J. R. R.
Tolkien

All it proves is that the politicians are thick.

How on earth would this tie up with CRB checks? Surely spent convictions
are already “forgotten/forgiven”,? Or does this only refer to gossip unrelated
to any court proceedings? And how can you delete something from someone’s
memory? And if you delete things online, what about written/printed records?

This is confusing me. Or am I just being thick?

I think I am right in recalling that Cameron said CRB checks were for the
dustbin in his conference speech?

Quote from speech: “This isn’t how a great nation was built. Britannia
didn’t rule the waves with arm-bands on. So the vetting and barring scheme
– we’re scaling it back. CRB checks – we’re cutting them back. At long
last common sense is coming back to our country”

I’m not sure how that last sentence fits in with this proposal.

Cutting CRB checks means not requiring them for things like looking
after your neighbours daughter, not erasing old convictions.

Anyway, it’s easy to avoid a positive CRB, just change your name,
move to another part of the country and wait 4 years. To become a
countersignatory, all you need is a clean CRB, so who knows how many
people are using fake IDs etc.

I don ‘t believe any of them.