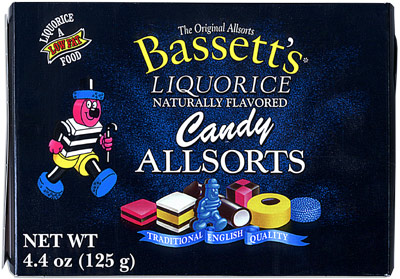 “I had never seen so many £50 notes. Our friendship was undoubtedly consolidated that afternoon in our knickers”.

A bumper pack of Basset’s Liquorish Allsorts for the first correct answer – bonus points for knowing who they were speaking about as well.

Winner will be crowned political geek of the year……and given year’s supply of mind bleach.

Sorry oh exalted Landlady, but I really don’t deserve the prize – I Googled
it, and up it came! It’s all in how you ask the question.

(might deserve a modest accolade for either intitiative and/or Googling
skills. Come to think of it that’s probably worth at least a 2.1 at one of the
funny uni’s)

Anyroad up, as they say in my part of the world, please donate the prize to
some worthy cause (paying off the Greek debt? it’s got to start somewhere and
we might get a roll going)

@Shades – I had ‘considered’ Christine and Mandy (R-D, not the other one) –
but don’t think that knickers were a significant part of their social
lives?

Cherie Blair talking about Mrs Putin and and a shopping spree

Goddam, but you are good, e-mail us with a name and address you sad git
wot read the entire Cherie Blair biography……

He deserves it for wading through that tosh!

Damn! I could have sworn it was going to be Gloria Smudd!

I reckon that Plantman is Cherie’s ghost writer – I even checked on
Google to make sure the quote didn’t show up there – no one else other
than a woman without another English book within a 100 miles could
possibly have read right through that turgid load of gluggish!

Ha! I would only ever refer to my undergarments as “roomy
bloomers”….

Anything she can get I assume.

I know that one. Elizabeth Bennett in Pride and Prejudice (the author’s
extended original version, bigger, stronger and tougher)