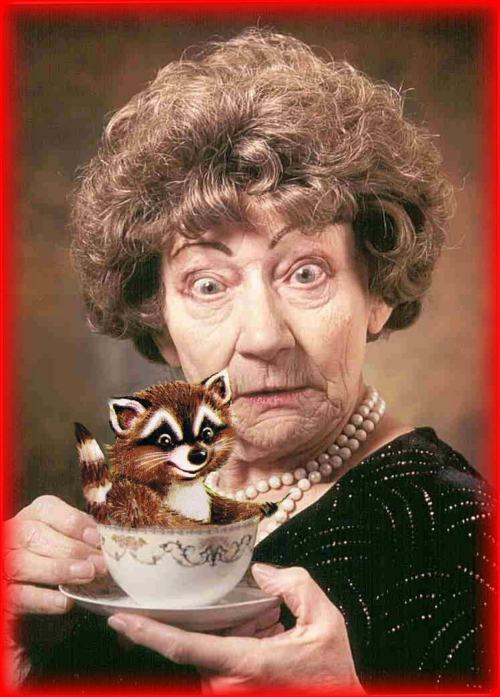 Having been … er … encouraged by a certain landlady to write what is normally called a ‘boast post’, I thought I’d post this picture which crashed my mail program when it arrived.

I only received the top half and it looked like Ken Dodd in a manic moment.

Anyhow, the news is that we are no 2 in the Libertarian Blogs section of the Total Politics Blog Awards, behind Guido. And ahead of Old Holborn, The Underdog and Crash Bang Wallace. And B&D but no one takes any pleasure from that (I wasn’t encouraged to say that last bit, by the way).

We are also number 19 in the Media Blogs section.

My initial estimate (i.e., guess *) is that if people use all of those badges linked back Total Politics is going to cop something like 1500 backlinks.

I’m also encouraged to thank all our readers who took the time to vote.

So thank-you. Very much.

It doesn’t mean much for the content of Anna Raccoon.

But it does mean that, for example, when we contact Politics Home to request to be included in their “PhiWire” ‘scrolling headline feed’ across the top of the page in order to reach new readers, we can give them a meaningful reference point.

* That ‘i.e.,’ has reminded me that my only ever ‘lines’ at school consisted of eye-dot-e-dot-comma x25 and e-dot-g-dot-comma x75, because we had a stickler of a teacher. And it appears to have worked. e-dot-g-dot-comma was x75 because I had written it incorrectly three time.

Great. I told you it would be worth it. In the end.

You deserve an award Anna,( firstclass poet and female blogger)

No.1 Lady bon oeuf, would be appropriate.