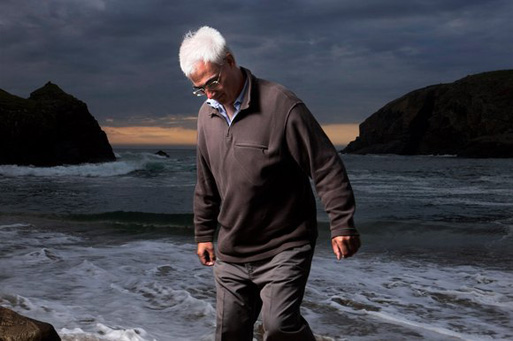 In the aftermath of this crisis many have claimed authorship of what proved to be a highly successful plan. Gordon and I had earlier discussed the idea of forcing banks to raise capital, and of us providing it if necessary. He was immediately open to the idea and he did tell me, when I outlined it to him, that he and his advisers had been thinking along similar lines.

Isn’t the Chancellor of the Exchequer supposed to be the Prime Minister’s advisor on financial matters? Who could he mean? Who was the whisper in the corner?

If Gordon and I had been in business, I suspect we would have agreed at this point that it was best to part company immediately; but it’s not that simple in government.

At the time, I felt I was fighting on two fronts: one in the Treasury to speed up the complex stabilisation scheme it was working on; the other with an angry prime minister, whose lack of control over the Treasury made him suspicious that it was an instrument of opposition to his will. This was a view that some of his advisers in No10 seemed only too happy to foment.

Worse than that, I was aware that some of his advisers had opened up a separate channel to the banks with which we were negotiating. I could never prove who was behind this, but it was clear that some of the senior bankers had a direct line to No 10. They seemed remarkably well informed of Treasury plans and thinking. The banks tried to get better terms for themselves. At times, some in No10 appeared to be arguing the banks’ case with the Treasury.

The autonomy that Gordon had demanded for himself when Chancellor seems to have become a problem when he appointed someone else Chancellor…..

The snow was falling on the land,
The country iced-up tight:
Old Cyclops did his best to make
Pronouncements dour and trite.
And this was odd, because t’was thought
The Backbone ‘ad taken flight.

The Backbone was quietly sulking,
Because she thought the Balls
Had got no business to be there
After her Peer-age was won–
“It’s very cruel of him,” she said,
“To come and spoil my fun!”

The debts were high as high could be,
The coffers dry as dry.
You could not see a future, because
Old Labour told a lie:
No debts would ever be repaid–
T’was all just ‘pie in sky’.

The Backbone and his Darling
Were walking hand in hand;
They wept like anything to see
Such quantities of debt:
“If this were only cleared away,”
They said, “Wouldn’t it be grand!”

“With Cyclops gone, and Balls deposed,
And Millipede in the Chair,
Do you suppose,” the Backbone said,
“That we could get it clear?”
“I doubt it,” said the Darling,
And shed a bitter tear.

“Old Labour! Come Unite with me!”
Old Cyclops did beseech.
“My pleasant dream, that pleasant dream,
Of glory in this land:
Hoon n’Hewitt say that I must go,
Who will, to me, a lifeline throw?”

The Millipede looked at him,
But never a word he said:
The Backbone winked his eye,
And shook his well groomed head–
Meaning to say he did not choose
To leave the Coup he led.

But four young Ministers hurried up,
All eager for a treat:
Their views were changed, their minds made up,
Their careers were rearranged,
And this was odd, because, you know,
They hadn’t any brains.

Four other Ministers followed them,
And yet another four;
And thick and fast they came at last,
And more, and more, and more–
All chattering through the airwaves,
And scrambling to the fore.

So Cyclops and his Backbone
Ruled on a month or so,
And then they rested on their morals
Conveniently low:
And all the little Voters stood
And waited in a row.

“The time has come,” New Labour said,
“To talk of many things:
Of banks–and taxes–and our soaring debt–
Of VAT–and things–
And why the Voters love us not–
And whether pigs have wings.”

“But wait a bit,” the Voters cried,
“An election, if we could;
For some of us are jobless,
And on voting we are keen!”
“No hurry!” said Old Cyclops.
They cursed him much for that.

“A load more money,” New Labour said,
“Is what we chiefly need:
Donations are all well and good
But “More taxes!” if we could,
Now if you’re ready, Voters dear,
We can begin to bleed.”

“But not from us!” the Voters cried,
Turning a Conservative-ish hue.
“After such a battering, that would be
A dismal thing to do!”
“The future’s fine,” Old Cyclops said.
“My Ministers have supported Me!”

“It was so kind of you to speak!
And quell the coup that rose this week!”
The Backbone said nothing but
“More power, please, another slice:
I wish you were not quite so deaf–
I’ve had to ask you twice!”

“It seems a shame,” the Backbone said,
“To play Bankers such a trick,
After we’ve bailed them out so far,
And made them rich so quick!”
The Darling said nothing but
“Their bonus’ make me sick!”

“I weep for you,” the Darling said:
“I deeply sympathise.”
With sobs and tears he sorted out
Those with the largest rise,
Holding his pocket-handkerchief
Before his streaming eyes.

“O Voters!,” said Old Cyclops,
“You’ve had a pleasant run!
Shall we be voting Me again?’
But answer came there none–
And this was scarcely odd, because
He’d pissed off everyone.

Anna, I know that stuff they are giving you is horrid, but it seems to be
producing vigorous and brilliant writing!