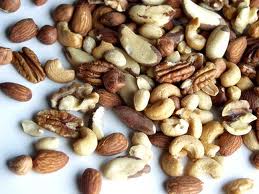 Shock statistics from the European College of Neuropsychopharmacology claim that 164 million Europeans – 38.2% of the entire population of Europe are suffering from a mental disorder.

Given that 43% of Europeans voted in the last European elections and thought they might make a difference, I am surprised that only 38% of the population were subsequently found to be suffering from a mental disorder. Perhaps the missing 5% are amongst those who have subsequently committed suicide – who can blame them?

Since virtually every main stream media organisation that has picked up on this statistic has launched straight into a discussion of ‘depression’ – and whether men or women suffer more from depression, the unwary might leave their pages with the idea that 164 million Europeans are actually suffering from depression.

Far from it. True clinical depression remains a relatively rare occurrence. 6.9% of the population. They deserve every penny we can throw in the direction of their treatment. It is an utterly debilitating ailment, made worse by the inertia that overcomes the patient who no longer cares whether he gets better or not, nor believes that he might.

Those with a broken leg loudly demand their rights, phone for an ambulance themselves, and complain bitterly if kept waiting for treatment.

Those with clinical depression are apt to slink away into a dark corner, ashamed of their symptoms, attempting to hide them on their good days to meet societal approval, convinced that they are not worthy of treatment on their bad days. They have my every sympathy, particularly the male members of this hidden society, who also lumber under the burden of the cultural belief that it is somehow ‘not manly’ to be depressed.

Nothing contributes more to that belief that ‘depression’ is not manly than the unwarranted inclusion of what might be termed ‘reactive depression’ in these statistics.

The fact that Big Pharma is prepared to treat these ‘interlopers’ with its armoury of chemicals accounts for roughly double the number of Europeans included in the shock statistics. (14% are ‘anxiety sufferers’) This may do wonders for Big Pharma’s profits as Prozac sales go through the roof, but it does nothing for those suffering from a chemical imbalance of the brain, whether through the continued rush of adrenaline caused by spending your days unexploding road side bombs in Afghanistan, or through the random chance of your body chemistry malfunctioning.

7% of the ‘shock’ total is suffering from insomnia. Get a grip folks, write a blog or something, there’s a million things you can do in the middle of the night other than swallow chemicals.

Another 4% are depressed as a result of alcohol or drug dependency – well, alcohol is a depressant, cut out the booze, and you may find that not only are you no longer slumped over the bar top at closing time, but you aren’t begging the barman’s sympathy because your wife has left you either.

A mere 1% of the total are suffering from what we are told is the big health scare of this century – dementia. They can’t help that, it is a predictable result of more of the population living past the normal age range at which dementia is liable to strike.

I can’t help feeling that if the 118 billion pound European cost of treating some of the more esoteric disorders that have emerged into the DSM-IV manual – which last year managed to include ‘caffeine intoxication’ as item no 305.9 – then those few persons who truly need the help and deserve the support of society as they battle with a very real illness, would get far better treatment. They deserve it – not having the available funds spread over a wide variety of social malfunctions.

DSM-V is due out next year, a completely new volume of medicalised ailments for the Pharmaceutical lobby to salivate over. I predict amongst other entries will be:

409.2 Banker’s Baloney – characterised by a reluctance to stop gambling with tax payer’s money.

603.7 Voter’s Vortex – a delusional belief that putting a cross on apiece of paper can actually change your life.

727.5 Parliamentary Paranoia – a schizoid condition characterised by a delusion that if you can just unseat the current Big Egg, you might actually be in control of the country.

879.1 Bulimia Expensia – binge gorging of every expense going in the belief that you might starve to death if you stopped.  Characterised by regular vomiting of ill gotten spoils when challenged by caring voters, followed by a speedy return to inappropriate claims.

969.5 Media Mania – an unwarranted belief in your own superiority, coupled with a desire to consume the regurgitated vomit from other publications.

I’m sure you will have other entries for me by the end of the day.

Will DSM V be the justification for putting something in the water? (and
I’m only b eing mildly paranoid)

“[It has been claimed that] 164 million Europeans – 38.2% of the entire
population of Europe are suffering from a mental disorder.”

Nothing new there –
//It has in fact been calculated that in this
country alone, over 30% are sub-clinically neurotic. Or as a psychiatrist
would say, stark staring bonkers. Over 30%, just think – that’s every third
person. Happily, there are only two of us. //
[Michael Flanders (&
Donald Swann at the piano) in the Revue “At the Drop of Another Hat” Haymarket
Theatre, London, 1963]

Is there anything for Moon Madness?

Would that be lycanthropy or the compulsion to flash your buttocks at
strangers?

It has been scientifically proved (by me, at least to my satisfaction) that
87.4% of statistics are made up, mostly on the spot.

P.S. If the EU have said it, you can pretty much disregard it. In their
case, it’s nearer 99.9% of statistics….

which is the true stat?

The clue is in the name

Who are these people and are they a front organisation

I totally agree with the findings and would go even further, the whole of
Europe is fekkin bonkers, how else could we have allowed this shower of self
loving, freedom hating jerks get this far without one of them in a pine
box.

It’s fairly well established that a significant proportion(i.e. 50%) of
depression and other mental illnesses are due to vitamin deficiency, e.g. of
folate and vitamin B12 among other B vitamins. It’s no coincidence either that
alcohol abuse results in folate and vitamin B12 deficiency. Vitamins are
relatively cheap and good for you which is probably why mainstream
psychiatrists don’t accept the vitamin evidence and continue to push expensive
drugs on people.

As they say, “the whole world is a bit strange except for thee and me and
I’m not so sure about thee.”

So, if you’re feeling a little down, a vitamin B complex might be just what
the doctor didn’t order.

Yes, it bothers me, too. When I was getting divorced, it coincided with a
nasty chest infection and mild blood poisoning in my leg, so I had to go on
antibiotics. The GP offered me antidepressants as well, ‘to help me cope’.

I said that what I needed was a fair justice system, not a gram of soma.
She didn’t understand.

when Odd thinking is regarded as a mental illness, i.e. thinking
differently to the majority . you think about whether those proscribing mental
illness , are themselves mentally ill. After all who really thinks that being
a introvert or that because people are ugly , there is a mental apart from the
professionals.

There are also apparently some moral judgments made when preparing the list
of mental illnesses. Sexual “deviancy” in the forms of sexual sadism,
masochism, fetishes, and proclivities towards domination or submission are
included. Some, perhaps many, will view these as merely an element of spice in
the bedroom. But best not mention such proclivities to a medical professional
lest you be considered mentally ill. If you have children, this could result
in a visit from social services. All because your sex life doesn’t conform to
someone else’s view of “normal” sexual conduct.

Big Pharma and psychiatry is playing along with Puritan notions that
although it is sinful to take drugs to make you feel good, it’s laudable to
take drugs to make you feel better. Unhappiness is now highly marketable
because it has been medicalized. Unfortunately the heavily promoted drugs of
yesteryear benzodiazepines were later to be found as addictive as the
barbiturates they replaced although with a wider safety margin for overdoses.
No one would take the old tricyclics unless they were seriously depressed
because of the side-effects, but the new generation ones only reveal their
problems when you try to come off them. It would be less trouble and cheaper
to legalise the growth and distribution of hard drugs then tax their
consumption to the hilt. Bye bye gangculture and money laundering.

Gordon Brown was allegedly on the tricyclics, but then he was/is
seriously out of touch with reality.

Trick cyclist, eh? Next you’ll be telling you can get a BA in circus
skills on the Uni cycle….

They could hold a raleigh in London to demonstrate for it..

.. which was always more popular than something mini from Moulton
..

But you can get a BTEC in circus skills – http://bit.ly/nKBpp0

Cue the screams ‘No, you don’t understand, I really AM ill!’….

Yes, I shall probably burn in Hell for being so unsympathetic to the
trials of gender imbalance…….