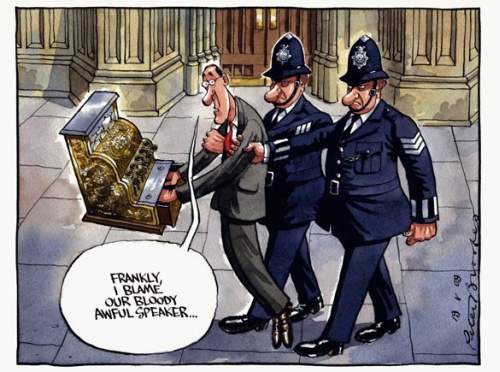 (This is a Marmite post. Casey Kasem would love it for a trivia question, and it will probably put Jabba the Cat to sleep.)

The phrase “Bear of Very Little Brain” has been used 12 times in Parliament since 1936.

9 of these 12 were by Peter Brooke, either as a Conservative MP, or as Lord Brooke of Sutton  Mandeville, speaking of himself.

(If you are resolute or foolish enough to read the quotes, and imagine perhaps 10 hours a week of that, it gives a pretty good idea why most of us are not suited to working in Parliament.)

I am a bear of very little brain, but it seems to me that the Government’s proposal within such an equation could be a recipe for cutting rather than increasing the budget, as, if one concentrates on sticks rather than carrots, one offers no incentive to an authority whose heart is patently in the right place.

I am a bear of very little brain who requires professional assistance in filling out my tax return.

I am a bear of very little brain and, although I heard what the Minister said about regional planning guidance that was omitted from the generality of the list, I want to test my understanding. Is it simply a matter of chronology that the regional spatial strategy has already been dealt with by the mayor and is shortly to be published, so that the documents that have been eliminated become academic once the mayor has taken his action?

I do not know.

The Minister quoted two-thirds of a famous quotation by Mr Sherlock Holmes where he said, “These are deep waters, Watson”. I am a bear of very little brain and I am therefore perfectly happy to play the role of Dr Watson in listening to what the Minister has to say.

I am a bear of very little brain but late at night on the first night in Committee I revealed that I had served on the Budget Council of the European Union for four years. During those four years we knew when we had won an argument and when we had not. I agree that some victories are not clear cut. In the War of the Spanish Succession, Ramillies and Bleinheim were clearly profound victories, Oudenarde and Malplaquet were more doubtful.

I am a bear of very little brain, but I do not know what “or another member State” means.

I am a bear of very little brain, there is the faintest possible ambiguity in the noble Lord’s amendment. I think I know what he will say but, to put it beyond peradventure, does his amendment mean that the crime prevention plan should be moved before or after the ordinary election to which it refers?

(It’s not partisan – Frank Dobson MP is in the pipeline.)

Because he has no originality.

This is a real eye-opener. It just goes to show that some people can go on to become Members of Parliament and Lords of the Realm without ever realising that a saying that ‘made Nanny laugh’ is now risible for an entirely different reason.

The “beyond peradventure” is another (?) phrase which wouldn’t ocur anywhere else.

Thinking about it, there must be comedy gold in Lord Rooker.

Though refreshing when a Minister, he always sounded like a village newagent who had become Lord Mayor by mistake.

Oh, I don’t know. I think it has a certain ring to it. I might adopt it myself.

It’s a very non-confrontational British way of doing things. What he’s really saying is “I don’t agree with you”. What he’s overtly asking for is more information to help him understand why anyone would propose such a thing. He’s doing it in a self-effacing self-mocking way – a very British trait. And he’s also quoting from one of Britain’s most well-loved and well-read books. On average he uses it once a year. Hardly the worst excess in either house in recent years.