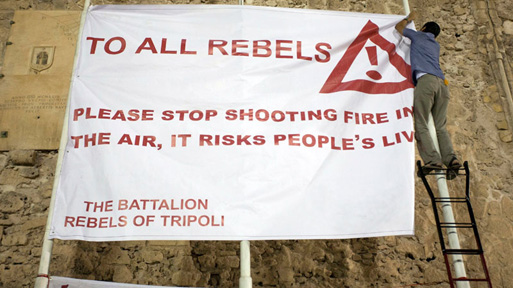 Today we learn that Britainâs finest, those lantern jawed, snake hipped men of Hereford and Worcester are on their hands and knees conducting a finger tip search of Labiaâs mysterious hills, vales, and hidden crevices looking for the mysterious G-Spot. Apparently, until the G-Spot is located and exterminated, the earth cannot move, and the sticky, sweet substances that our government desires will not flow.

Today we learn that Britainâs Glorious 22 Regiment of SAS Troopers are on the front line in Libya helping the rebel forces to conduct a search for the spot where G may be found. Apparently finding G, or Gadaffi as he is sometimes known, is essential to restarting the flow of oil.

The last time the SAS were in Libya in 1942, they flattened Benghazi (Iâm not counting their unfortunate meeting with pitchfork wielding farmers) this time they have switched allegiances and are helping to flatten Tripoli. This is behaviour we normally attribute to mercenaries; those unloved âforeign soldiersâ, and frequently slandered thugs of war. However, because the SAS are paid by the British Government, as opposed to any other government, they are not called mercenaries, but honourable soldiers.

I am confused as to why it is now acceptable to hunt down one specific man â Gadaffi. I thought the whole reason we had flattened 50,000 Libyan citizens from the air was because it was neither legally nor morally acceptable to engage in âregime changeâ â the assassination of one man in order to improve the price of whatever? How does it become acceptable after 50,000 deaths and not before?

The entire business of reducing Libyans to small squares of charred flesh has become confusing to me. Didnât we (Nato) destroy a convoy of military vehicles in Jalu because they posed a threat to civilian life? Yes, I am quite sure we did.

Yet now a convoy of military vehicles approaches Sirte, intent on threatening civilian life to the extent that they hand over M. Gadaffi â and Nato will not intervene?

Thanks to my current anti-nausea medication, I have been able to down two small portions of Sky News this morning, and a slice of dry BBC nonsense. I canât say I feel any better for it.

Sky are besides themselves with excitement at having netted a gangly Arab youth, straight out of Laurence of Arabia, tailor made for snuff-porn-on-the-hour, all curly brown locks and limpid eyes, who proceeded to tell the world that he was one of Gadaffiâs âfeared henchmenâ now turned whistle blower. Yeah, right! He wouldnât frighten my dog.

With an avuncular ârebel soldierâ affectionately ruffling his hair, he chatted amiably with Sky news, telling them where Gadaffi was on Friday, which road he was on now, where he was heading â indeed, was the convoy not heading for Sebha his home town, was he not mightily pissed off that no one offered him a lift back to his Mummy?

Not to worry, Sky reassured us lily-livered couch potatoes, Gilded Youth had âdone nothing wrongâ, was ânot in troubleâ, was âonly 17â (which makes him at least four years older than the deadly âchild soldiersâ you were parading before our eyes last time I looked Sky) and, best of all, Sky would ensure that he was home with his Mummy in time for brown bread and cocklesâ¦..

Sky are now to demonstrate the feat of returning a âdeadly henchmanâ to the âGadaffi stronghold of Sebhaâ after extracting all the information he was supposed to guard with his life, and beaming it out to 60 million people, on the hour, every hourâ¦â¦.way to go Sky! We were taking bets on how long he would remain in his Motherâs arms before someone arrived to slit his throat, but knowing Sky, they will probably have a camera crew at Mummyâs to show the small square of charred flesh she has now become. No more Mummy! Will he become a cause celebre, extracted with Sky reporters on the last helicopter out of Tripoli?

Meanwhile, back in iDave land, we are told that our lumbering plod is considering sending some hapless PC to investigate WPC Fletcherâs death. How rooted in the days of legal process and justice they are!  Donât they know that Sky have not only identified âthe man who shot WPC Fletcherâ â Abdulmagid Salah Ameri â but helpfully reported that he has been executed, by his own supporters naturallyâ¦.. Nothing to see here folks, move along.

What do we need a police force for? Or morals? We have Sky to skip over the difficult bits, and make it all photogenic for us. I love the banner at the top of this post. I can hear the conversation that led to it.

Sky Reporter: Muhammed, can you run up a banner telling people to stop firing in the air?

Muhammed: But my people not speak English, that why you pay me thousands dollars a day to translate!

Sky Reporter: The folks back home wonât figure that out, theyâll just be pleased youâve stopped wasting the bullets they are sending you.

Muhammed: OK, ready for 10.am transmission, Masser. You ask, I do.

Ms Raccoon is calling for nurse to take her away from all this madnessâ¦.

A cynic may consider that the instant death-bed of Al Megrahi, the sudden
death of the chief suspect in the Fletcher killing, shortly to be followed by
the demise of Col G himself, all bears the hallmarks of our own dear spooks,
who have been been there for months doing their âbusiness as usualâ under the
radar, eliminating all those who know too much about the events of the past 30
years and the complicity of Western governments and who may have been inclined
to speak out now.

Have I missed something?

That incredibly reliable source, Sky news, Old Slaughter â make of that
what you will â I know what I make of itâ¦â¦.

The original UN mandate was to protect civilians, as long as those
civilians had no legitimate government to protect them.

Now they have the wonderful chaps of the National Transitional Council to
speak for them (even though they werenât elected) who have now been recognised
(despite their lack of legitimacy) by a number of countries and more
importantly, NATO.

The UN mandate is now defunct as the supposedly âlegitimateâ (i.e. they say
what we tell them to) government of Libya can ask for our military assistance
in rooting out Gaddafi or attacking any target we tell them to ask us to
attack.

Isnât the politics of war lovely?

Anna, you must be feeling better!

Indeed, Mr G is taking me out for a PIzza tonight, he thinks Iâm too
frisky to be kept indoors any longerâ¦â¦
Not over yet, by a long way, but
great for now.

Has the SAS been equipped with the recipe for real Benghazi Brandy?

This UN mandate stretches and fits anything the UN wants it to. There seems
to be no limit as to what it encompasses. The UN mandate is now soaked and
dripping in the very blood of those it was supposed to protect â¦
civilians.

Umâ¦doesnât the UN mandate only authorise the use of force to protect
civilian lives? Is there something in the small print that says âAlso, you can
send in hit squads to kill bad men, if you like.â

And do the rebels really need the SAS? They seem to be winning on their
own. In fact, given the terms of the UN mandate, shouldnât we now be sayin to
the rebels: âAll those bombers and helicopters and stuff. They were there to
proect civilians. We can just as easily use then to blow up your stuff as we
did Ghadaffiâs. So less of the threatening to reduce a city to rubble,
please.â

They want him dead, DEAD donât you see. They want their blood price.

Is your âTheyâ Sky or some other ruling power?

Anna, you are wicked!