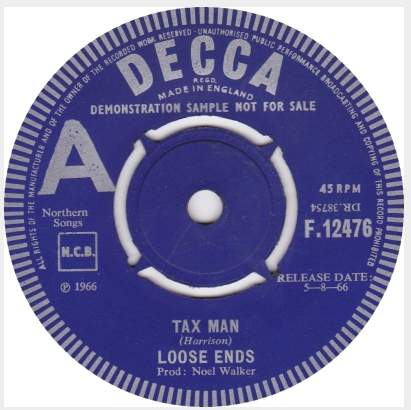 I saw something the other day, something utterly unremarkable in its banal common sense:

I mean, itâs obvious, isnât it? When there is high unemployment in an area, giving tax breaks to businesses that use âless-skilledâ people seems like such a good idea.If you give tax breaks to these businesses and they can consequently employ more people because they enjoy the advantage of paying less tax. And getting people employed is much more desirable to people than the loss of tax revenue.

But why is manufacturing such a sacred cow? Do you not think call centres or legal practices might not employ people with low skills to perform low-grade administrative work?

And why, indeed, should these tax breaks only be offered in areas of high unemployment? If giving tax breaks helps businesses employ more people, why not give all businesses tax breaks?

Further, if tax breaks do indeed help businesses, which is pretty self-evident, why stop at giving them this relief or that relief? Why not absolve them from taxes altogether? Surely the more tax breaks they have, the more they can employ? And when a business does reach a level of âfull employmentâ, the taxes levied are only borne by either the customers of the business (in higher prices), the employees (in lower wages) or the shareholders (in lower dividends, which often means lower pensions).

Businesses are a legal fiction, they cannot pay taxes, they can only distribute the taxes to other people who actually pay them.

There is a lot of emotive language about businesses evading or avoiding tax, but the truth of it is that these businesses are being kind to their employees, customers or shareholders. You know, actual people.

The idea of âtaxing businessesâ exists solely to hide the fact that government is taking more money from our pockets than we realise.

When we cry out for rash and importunate banks to be penalised, weâre actually begging the government to reduce the pensions weâre going to get one day.

When we chastise Vodafone for âsweetheart tax dealsâ, weâre also bemoaning our bigger pensions, our cheaper mobile phones, and people earning a better wage in a Vodafone call centre.

Doesnât sound quite so unfair now, does it?

Tax breaks are a very good idea. There should be more of them, and not just for business. We also deserve to keep more of our own hard-earned money to spend on the things we believe are important. Things which I donât believe are important are wars, PFI, endless layers of government bureaucracy or transferring money from me to Capita or EDS or whoever to make a shambolic mess of yet another useless government IT project.

Consider these things the next time you hear people calling for more tax.

Iâve often thought that if you want people to get richer, one good way to
start would be NOT to take their money away.

But that seems too simple a solution for our Lords and Masters.

I work in an engineering company that exports to Asia. We have the problem,
as above, of finding technically competent people (yes, competent â their
paper qualifications mean nothing by themselves), but also the standard of
applicants for âfactory fodderâ unskilled jobs is woeful &
worsening.
Tax breaks are just skating around the bigger problems of tax
aviodance & evasion. The system could be greatly simplified by removing
ALL exemptions and having3 or 4 flat rates â that would âfreeâ thousands of
clerical workers and alsoput a stop all the high-paid evaders.

Applying it to specific areas also has the consequence that some busineses
simply move from ordinary areas into the enterprise/lower tax zones so
achieving absolutely nothing.

If we canât compete at manufacturing, we canât. You might as well pay Wayne
Rooney to go on Mastermind. It doesnât matter what you pay, heâll probably
still lose â even if his specialist subject is âthe life and times of Wayne
Rooneyâ.

This has to be addressed, root and branch. Ivanâs right â a ruthless,
hierarchical education system that concentrates on pupilâs abilities â such as
they are.

It might also help if we didnât import hundreds of thousands of
pre-illiterates every year. But you knew that.

I thought this was sort of the idea of âEnterprise Zonesâ and the like, but
I suppose anything provided by the State with âEnterpriseâ written in front of
it is bit like anything with âPeopleâs Democraticâ in the title: neither
Democratic nor run by or for the People. Such a simple idea. Therefore our
governments and unCivil Service would be completely incapable of implementing
itâ¦

As long as you have an Enterprise Zone you need civil servants to manage
it. Far better to scrap the special measures and let all the countryâs
regions compete fairly â the SE wouldnât be interested in anything as dirty
as manufacturing anyway.

And Oi! Not everything with âPeopleâs Democraticâ in the title is
undemocratic or run by bureaucrats, viz: http://tpdrsl.org/

Entirely agree that tax-breaks are a good idea, and that if the overall
burden of taxation is reduced, the economy will be stimulated; it is not
impossible that reducing tax rates might actually increase tax revenue over
time as the economy picks up.

However, Iâm a tad worried about the thought that manufacturing businesses
might take on the low-skilled. Itâs not going to happen.

Over the last couple of decades, the Pacific Rim countries, notably China,
have exploited their huge reserve of low-paid labour to hoover up the
unskilled and low-skilled jobs that used to exist in the âdevelopedâ
countries, so industry has changed. It just doesnât do the low-skill stuff in
this country any more â nobody in this country will work for Chinese pay rates
â so it now has no use for the unskilled. If you donât have skills or the
willingness to gain them, you wonât find work in manufacturing. The problem
for manufacturing (and engineering more widely) is the reverse â finding the
people with the skills it needs.

I suspect the same will apply in the legal profession. How much of your
legal work would you want entrusted to the unskilled and inexperienced?

Improving the education system so that it turns out people equipped for
higher-skilled work, and flexibility within the world of work, is vital for
the countryâs future. The bog-standard comprehensive must be consigned to
history, or it will blight the lives of far too many people.

Your comments are perfectly valid, but there are any number of
administration, filing and similar jobs that, even in a legal firm (or any
other) does not require any kind of special qualification or education other
than the ability to read or write.

That disqualifies about 70% of school leavers, then

That would be funny if it were not true.

That is true about engineering needing people with skills and I donât
mean bits of paper from a jumped up tech college that now calls itself a
university, I mean the actual ability to do the job.

From what Iâve seen, the schools arenât teaching anything that would lead
to engineering qualifications or abilities. We did have it once with the
Technical High Schools that were the Grammar schools for the technically
inclined â my tech high turned out higher qualified students than the local
grammar, 10 to 12 âOâ level passes and at least 6 âAâ levels from London Uni
exam board were the norm and if the staff thought a pupil wouldnât pass the
London exams they were put in for the Cambridge ones the grammar used.

There is no place for the unskilled in modern engineering, even the
cleaner needs to know enough about the materials used to be able to do their
job. Likewise with office staff â file something in the wrong place and a
production run could come to a crashing halt.

At least there is one bright outlook for me at seventy odd, I still get
called on to solve engineering problems and write manuals, something that is
necessary since Brown reduced my pension to effectively nothing.

Interesting, but in our technology sector (admittedly fairly high-tech)
we see our suppliers consistently moving back.

The labour cost now makes our supplies only 5-10% cheaper than Asian
markets. With the anticipation of rising Asian wages (seems only fair in a
certain sense), then eventually there will be some convergence. Chinese
growth may stall at this point. Plus UK businesses are desperate for work,
whereas in general the Asian economies typically donât give a stuff unless
youâre ordering a couple of million of stock.

It will be interesting to see what happens in Europe with the rail
projects and ultra-windfarms. For the first time in a while, Iâm seeing UK
engineering as a booming industry.

I lived and worked in Hong Kong for 28 years. There the maximum income
tax is 15%. Business taxes are similarly low.
Hong Kong has nothing to
offer the world apart from the industry of its population. Hong Kong is a
financial success internationally.
Why?
Because businesses find it
economically advantageous to be based there.
Why canât other countries
learn this simple lesson? Take less from people/businesses and they will
prosper and pay the government even more!
Where else in the world is the
tax man offering a $6000HKD rebate to every tax payer because the government
is doing so well?