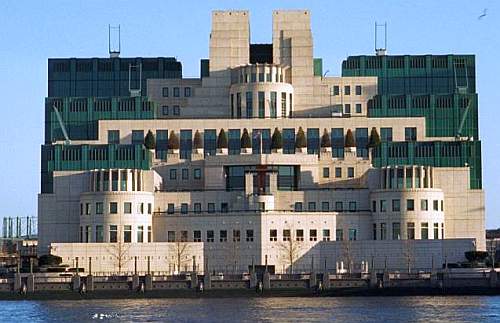 The latest development in the relationship between MI6 and Muammar Gaddafi is a price of £1m placed on his head. Charles Crawford recounts the history of an ‘interesting’ relationship.

Soon after the US-led attack on Saddam Hussein began, the rattled Gaddafi regime sent an urgent message to London asking to meet a top MI6 officer.

The rest is now history. This encounter set in train a series of top-level diplomatic manoeuvres leading to Gaddafi/Libya renouncing its weapons of mass destruction. The way the British MI6 team handled this sustained operation was praised by the very top of the US Administration.

Think about the combination of cool judgement, psychological insight, relationship skills, creative thinking and operational nimbleness required to bring Gaddafi and his closest entourage to accept that fateful package.

It was in response to this amazing success that the Blair government (and the EU and others) decided to ‘open up’ to Gaddafi and try to normalise dealings with Libya. There of course was only so far this could go in a short time – the regime was too introverted to change fast. But it was the right policy, whatever the usual moaning suspects might now say in howling at Blair for embracing Gaddafi, how else to deal with dangerous dictatorships other than to engage in a methodical, careful way and hope for the best?

The problem came when the Arab Spring protests began. Gaddafi was just not smart enough to see a way towards negotiating a prolonged transition towards some sort of substantive pluralism. He defaulted back to angry stupid repression, and is now (we fervently hope) finished.

This Independent account of the history of Gaddafi/MI6 by Gordon Corera gives plenty of well sourced fascinating detail.

Check it out. But only if you are mature enough to want to understand how things sometimes have to work in real life if democracies are to change things for the better.

Charles, the only question I have is whether Gadaffi’s WMD were the same as
Saddam’s WMD, i.e., non-existant?

If so, it would appear that Blair may well have been suckered a second
time.

There were very real indeed Henry.

While Gadaffi’s nuclear technology was limited and missing key
components, there was plenty of evidence that he was keen to acquire the
capability. What (weapons) technology he did have was later shipped to the
USA for examination and several kilos of HEU was sent to Russia. So we know
for a fact it existed.

Similar, his chemical weapons while poor in design were viable and
potent. He was also developing long range missiles in conjunction with North
Korea.