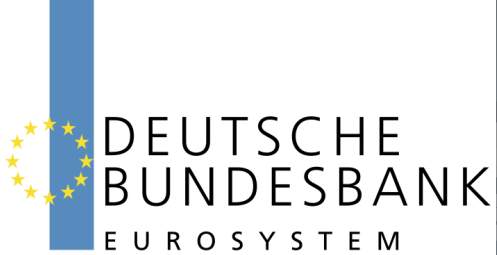 One of the greatest passages in the Bible:

Then the Lord said to Cain, “Where is your brother Abel?”
“I know not,” he replied. “Am I my brother’s keeper?”

When – and to what extent – is X responsible for Y?

German President Christian Wulff might be expected with his first name to know a thing or two about theology. And at a gathering of Nobel prize-winning economists he puts his own thoughts very directly:

Mr Wulff said Germany’s public debt has reached 83pc of GDP and asked who will “rescue the rescuers?” as the dominoes keep falling. “We Germans mustn’t allow an inflated sense of the strength of the rescuers to take hold,” he said.

“Solidarity is the core of the European Idea, but it is a misunderstanding to measure solidarity in terms of willingness to act as guarantor or to incur shared debts.

With whom would you be willing to take out a joint loan, or stand as guarantor? For your own children? Hopefully yes. For more distant relations it gets a bit more difficult,” he said.

This is one of the most far-reaching statements made by a European leader about Europe since the Second World War.

It says that European Solidarity has Limits. And that no EU member state can expect to run up unmanageable debts and then call on the spirit of solidarity to get others to reach deep in their pockets, the more so if the sheer extent of the losses/debts might put even the strongest member states at risk.

President Wulff helpfully reminds us of the moral dimension of money, something usually overlooked.

What is money, after all, but an expression of moral value, above all an expression of confidence about trust and integrity? Not merely now, but based on hard-won reputation for reliability in preceding generations, and echoing down the decades still to come

Who wants to be paid in North Korean or Zimbabwean or Cuban currency? No-one.

Why? Because that currency is an expression of cruelty, inefficiency, waste and stupidity. It is literally worthless for most practical purposes.

Regular readers of my Blogoir know all about the moral dimension of money:

Money is a tool of exchange, which can’t exist unless there are goods produced and men able to produce them.

Money is the material shape of the principle that men who wish to deal with one another must deal by trade and give value for value.

Money is not the tool of the moochers, who claim your product by tears, or of the looters, who take it from you by force. Money is made possible only by the men who produce. Is this what you consider evil?

When you accept money in payment for your effort, you do so only on the conviction that you will exchange it for the product of the effort of others. It is not the moochers or the looters who give value to money.

Not an ocean of tears nor all the guns in the world can transform those pieces of paper in your wallet into the bread you will need to survive tomorrow.

Those pieces of paper, which should have been gold, are a token of honor — your claim upon the energy of the men who produce.

Your wallet is your statement of hope that somewhere in the world around you there are men who will not default on that moral principle which is the root of money.

Thus the urgent moral and political question for the ailing Eurozone and its feckless members:

You expect (or at least hope) that whenever you toot the European solidarity trumpet a benign and benevolent Germany will do whatever it takes to prop you up, even if you have completely failed to run your affairs sensibly.

You expect Germany to be your keeper.

Have you asked Germany recently what it thinks about that?

Oh, and by the way – who is Germany’s keeper?

This article was first posted on Charles Crawford’s blogoir.

Basically, he means that the music is about to stop and he does not want to
be holding the parcel.

Angry Exile said: “I imagine that now they’d like to hear one of them give
a firm commitment on the subject of when it’s actually going to stop.”

Germans won’t get a commitment to stop. Why? Because they are just being
reassured (ie softened up) that their leaders are on side. The reality is
Germany’s leaders are totally wedded to (indeed, trapped into) propping up the
eurozone and the EU above everything else. Euro goes down they will go down –
and they will not stand for that.

In a piece of synchronous posting, I saw this yesterday, which makes a good
companion read to your piece:

“Those pieces of paper, which should have been gold, are a token of honor —
your claim upon the energy of the men who produce.”

Not any more. You can now receive rather large amounts of money for being a
‘Diverstiy Outreach Coordinator” and the money you get does not come from
energy converted to production, but 1s and 0s being shuffled on a screen.

… who is Germany’s keeper?

Seriously, probably a big relief to german citizens to hear tone of their
politicians suggest that maybe they should be expected to bail out southern
Europe more or less indefinitely. I imagine that now they’d like to hear one
of them give a firm commitment on the subject of when it’s actually going to
stop.

It will be interesting to see how President Wulff’s speech is assessed in
the German press. Since German presidents have very little actual power, they
often use big speeches to exercise influence, because they know that what they
say will be discussed widely. On the other hand, Wulff is in post thanks to
Chancellor Merkel’s firm whip, and he’s from the same party, so he may be
saying what she thinks.

Money itself is True Neutral in alignment.

The same point was made on the original piece, but I can’t edit a quote
from a 1957 book !

Well that is the truth of the matter but who is interested in truth these
days.