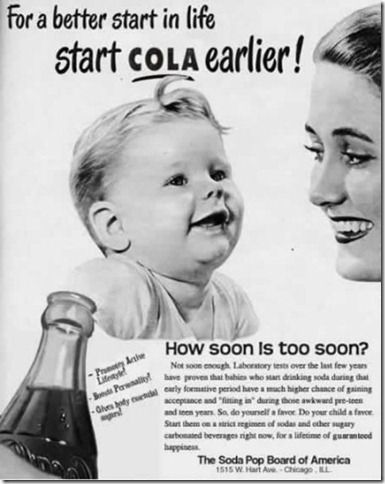 Having just hosted the annual general meeting of the Raccoonteurs*, a rowdy affair at the best of times, I am not in the slightest surprised to discover that the average Briton will consume more than 5,800 pints of beer, 8,700 glasses of wine, 2,900 bottles of cider, 800 shots of spirits and 1,452 glasses of champagne during their lifetime.

Some of the Raccoonteurs manage to pack half a lifetime of drinking into one short evening, I assure you. The ‘weather was hot’ is their feeble excuse.

What does amaze me is that the research apparently shows that we manage to achieve this level of befuddled equanimity with our government, the price of eggs and the state of our marriage for a mere £18.50 a week – it sounds like an absolute bargain. There must be a lot of home drinking going on; the last time I was in the UK you couldn’t buy a round for £18.50. I was, at that time, in the company of Mr Holborn, Old, and Esq., which might explain the discrepancy.

The research further goes on to suggest that we suffer 726 hangovers during a 62 year drinking span….. less than 12 a year. Judging by some of the green faces on Sunday morning, the Racconteurs packed half a life time of hangovers into the morning after the night before.

Subrosa informs me today that Scotland’s Violence Reduction Unit is investing £850 a piece on ‘booze tags’ for the local inhabitants, which can monitor the alcohol intake of anybody who has the misfortune to have one attached. It sends a message to Glasgow Central or wherever, telling them that No 3 Raccoonteur has just refilled the wine jug yet again, and is creeping back to the table, acting all nonchalant, even as the message is transmitted.

As Subrosa says, how long will it be before we smokers have one fastened onto our wrist? – ‘Ding, dong, Ms Raccoon has just lit up again….’

We have had a wonderful time though. The weather hit 40 degrees every day – sufficient to turn you into a pool of molten Raccoon if you dared to stop drinking for a second, or even, perish the thought, do anything energetic. So we have talked and laughed and behaved like good Raccoonteurs for three days, only fighting over who got the seat nearest to the air conditioning unit.

The men have proved themselves excellent hunters, gatherers, and cooks (with a special mention for Mr G, who stood over a hot barbecue for hours, selflessly filling the bottomless stomachs of the meat eating Raccoons) and the women proved equal to the task of portraying helpless damsels who needed to be fed the world’s finest liqueur truffles – ‘quickly, before they melt!’ – straight from the fridge, as they lay prostrate on the most comfortable chairs.

Thanks to the provenance of the truffles, and the fact that Obnoxio’s accommodation, whilst a tad unconventional, did happen to be in the coolest part of the house; ok, the dungeon; I can honestly lay claim to the line I never thought I would write.

I admit it. I did moan with pleasure, both before and after I willingly took myself off to Obnoxio’s bed. He wouldn’t dream of holding it against me. He did provide the truffles.

Gildas the Monk arrived in full costume – not many Monks leave Bergerac airport with a woman draped on each arm gazing adoringly at him. He carried it off with panache, and a stylish Panama hat. Photos are available for a small licence fee. Say £50 each, or £5000 for the negative if you prefer Gildas? Some Monks have bad habits.

I promised Ms Smudd, and all of you, at the start of this journey that I would be on parade for August 18th, and by God, I did it. Told you I would, Na Na Ne Na Na. Raccoons never give in. Tenacious little blighters we are.

On the subject of Smuddle – the last time I met the junior Smuddlett she was an entertaining and intelligent teenager – she has been replaced by a beautiful young woman of charm and vivacity who won the heart of every man in the vicinity, including Mr G.

It has been a rocky few months, but last week-end, surrounded by good food and better company, has been just the fillip I needed to add to Mr G’s tender ministrations, and see me through the next few months of Chemotherapy.

I will be at all times be accompanied by the shocking pink ‘chuck-it’ bucket Ms Smudd helpfully bought me; with thoughtful friends like that, how can I fail, eh?

Another good ‘internet’ friend (and I have many; the ‘bad eggs’ are few and far between) has sent me a black Harley-Davidson bandana to cover my naked scalp. (Thank-you Lily). I took one look at the catalogue of fluffy turbans and Aunt Maude wigs the hospital provide and howled in anguish. The bandana will be far more ‘Raccoon-with-attitude’. I might even get the Harley-Davidson to go with it.

I don’t know how much writing I will feel like doing this month/next month but I suspect they’ll have to prise my cold, dead hand off this keyboard before I come to a full stop.

*Matt and Sad can come next year – someone had to man the bar in Raccoon Towers.

Glad that you lot enjoyed yourself, some of us are forced to go on holiday
to Florida

I had a wonderful time. And only fell over once, which is quite good, for
me…
Look forward to the photos.
G the M

So pleased you enjoyed yourself in the cool up there Anna, it’s been
pushing 50 degrees down here for the past week.

I can’t see much keeping a good Raccoon down – beside what would we do
without you to make us all stop and think?

I made all the ladies moan with pleasure, I’ll have you know! But
then I also confess to wolfing down Mr G’s saucisse with nuts!

I guess you were feeling a bit like this JPEG.
Good on yer.

The Slog (John Ward) was complaining about something called the “canicule”
a day or two ago, very hot and sticky. All the very best.

Very moving – you have wonderful spirit.

Like Brian, I too have lost many and am in tears

I am in tears – I have lost so many to this bastard disease – please stay
well, we love you so much.
Brian.

“…a black Harley-Davidson bandana to cover my naked scalp…”