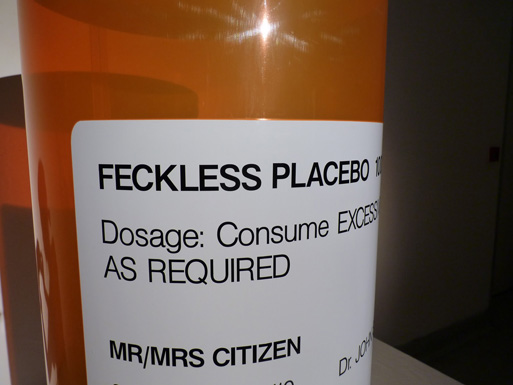 You might imagine, listening to the morning news, that the ‘Feckless’ were a new phenomena. Some development of modern society that requires the combined thinking power of a dozen politico think tanks and a conference hall of social workers and community leaders.

We have always had the ‘Feckless’ – it is a 16th century word for God’s sake; originating in Scotland. Glasgow perhaps? Nor does it stem from the Irish ‘Feck Off’ as you might imagine, but was a word designed to encompass futile, hopeless, ineffective, ineffectual, feeble, meaningless, and useless.

Apart from a handful of aboriginal tribes that manage to escape the notion – every society has a ‘top’ – and if you have a top, you have a bottom too.

The only difference between the terrifying 17th century world of footpads, miscreants, montebanks, pickpockets, beggars and vagabonds is that we finally overcame our reluctance to follow the French fashion for a uniformed presence to deter them from preying on the hard working and decent – and we saved them from starvation along with a modicum of morality. The work houses, the clergy relief for the poor, the almshouses –and the ‘institutions’ for those so feeble minded that they could not comprehend the ill they did.

Not only have the Fabians convinced us that we can live with those of different cultures, to undo the colonialist wrongs of artificial boundaries that separated tribes – Yes, that sounds like an oxymoron to me too. How can you undo a wrong by doing exactly the same thing? But they have also tried to convince us that we can co-exist with an underclass as far removed from the ordinary hard working man as the footpad was from the tailor; worse, we are to pretend that we are all equal!

Support for those who fell on hard times used to be handed out along with morality – straight from the Bible. Now it is handed out along with the message that it is not your fault, you are as entitled to the spoils of our materialistic society as the next man, and it is the government’s fault that you cannot afford those Nike trainers. That is the real difference.

Nick Clegg this morning held out the possibility of a ‘non-enquiry’ whatever that is, that would ‘listen to the voices of all’, and ‘lift up’ those at the bottom of society. Who does he intend to replace them with? – for as long as there is a top, there will be a bottom. Sure as eggs is eggs.

Will Clegg be handing over his house to the deserving poor?

Well thats a surefire method to halt the pub-talk.

Suggest that there is a place in society for almhouses, workhouses and
institutions for the afflicted. That might mean a place for religion in our
lives and heaven forbid a bit of charitable giving or assisting elderly
neighbours. I thought we delegated that to the guvmint, they being so
efficient and even-handed like.

Looks down at his shoes, hmmm they need a bit of a shine, time I was off
home to give them a brush. Evenin’ all.

In the early 80′s, in RSA, involved in Black Advancement programmes, I
pondered on how you share your wealth, nice home and pool with with the poor
Blacks.
The fact is of course that you can’t divide up personal fixed
assets or share them in any practical way. The best you can do is to is to
encourage ambition to do better and increase wealth, not divide up what’s
available.
Unfortunately here we have had decades of penalising of success,
which simply encourages tax avoidance, and we have poncey patronising
redistributive liberal policies that confirm the poor as having no hope
because somehow they are disadvantaged i.e. they have no hope and it’s not
their fault.
The state safety net certainly isn’t a feather bed, but for
some it puts to sleep any drive or self reliance.
Having escaped from a
sink estate myself, I also don’t necessarily regard the perpetual extension of
our kids schooling as study and improvement.
Finally, what on earth would
Clegg, or any of the other professional politicians or their advisers ever
know about the world outside their John Lewis list comfort zone?
Rant
over.

My dictionary agrees with you. It adds that “fek” is/was short for
“effect.”