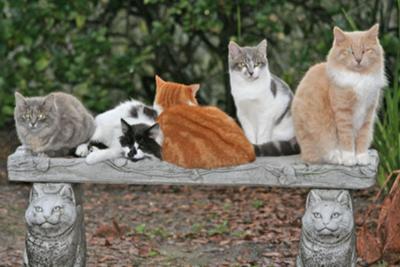 Almost the defining characteristic of an active sense of community is that it is only aroused when people perceive that the established structures of control are failing. And while that might result in a lot of engagement, it is too volatile to be trusted

Here she is. Zoe Williams, Guardian pundit with Guardian haircut.

Remember The Bridge on the River Kwai? The moral core of the story is how Lt Col Nicholson is so determined to stand up for what’s right in his prison camp that he utterly loses sight of the point, namely to fight the enemy. So wrapped up in his own righteousness, he ends up helping the wrong side. He realises what he has done and tries to make amends only in his death anguish.

As with Lt Col Nicholson, so with Zoe W.

Almost the defining characteristic of an active sense of community is that it is only aroused when people perceive that the established structures of control are failing. And while that might result in a lot of engagement, it is too volatile to be trusted

Put to one side the fact that word ‘only’ is in the wrong place: she meant to say (I assume) Almost the defining characteristic of an active sense of community is that it is aroused only when…

The key thought here is that an active sense of community (according to her) comes along only when ‘established structures of control’ are failing.

In other words, the fons et origo of our life is the state.

What she 100% fails to understand is that the state can kill an active sense of community, by taking away from people the responsibility to work hard together to improve things.

Before the Welfare State came along trades unions had a vital educational role. My old boss as Ambassador in Belgrade Sir Edwin Bolland rose from working-class Yorkshire mining town poverty to high office in good part because the local Unions organised education for poor locals in Latin and other subjects requiring intellectual discipline.

Where did all that moral self-propelled local community energy and discipline go? It was displaced by the idea that the state should take on that function, leaving the Unions as crude morally hollowed-out lobby groups, ever ‘demanding’ more from state and private employers alike.

In the USA there is an incredible (compared to us) amount of ‘social capital’ involved in busy local community organisation through churches, interest groups and other local bodies.

Why? Because the state has not (yet) usurped those functions. Most Americans actually believe *shock* that they should look after their own lives, and so must work hard to get somewhere. They want the state to ‘get out of the way’ and let them get on with it.

Thus Zoe’s final terrifying thought: community self-defence organised when the state fails us might result in a lot of engagement, but it is too volatile to be trusted

What? Trusted by whom?

Much better for us all says Zoe that you British citizens cringe back and apologise for not being inclusive enough when small bands of petty thugs start trashing the neighbourhood.

Yes, the state has failed you. But hey!, you can’t have a European Social Model Omelette without breaking some eggs. In this case the egg is your street – sorry if it’s necessary collateral damage in the Guardian’s masterplan to improve the world. Fill in the forms and the state eventually might come round to ‘assess’ the damage.

In the movie Lt Col Nicholson grasps the madness of his self-delusion. Mortally wounded, he staggers across and falls on the detonator which blows up the bridge: What have I done?

Time for Zoe to do the same.

Photo Credit: Meet at the cat bench at 2.

There are individuals, and families. As Sonny reminds Michael in the
Godfather: ‘Your country ain’t your blood’.

My congratulations on a brilliantly insightful analysis. I doubt Zoë will
think likewise, but I do hope she reads it.