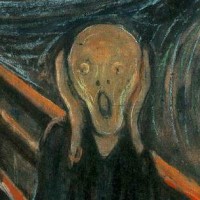 It is a terrible thing to live with, fear and anxiety. My heart goes out to anyone who lies awake at night, fearful and anxious that a much loved son is not yet home from a night out on his motor bike; perhaps they are awaiting medical results and catch their breath every few minutes at the prospect of being given the dread words âthereâs nothing we can do for youâ. There are numerous circumstances that find all of us suffering from fear and anxiety at some point in our lives; it is a debilitating condition that deserves our sympathy.

I had never before considered the possibility that someone could be suffering from fear and anxiety at the prospect of good news, terrified that they might be told they had won the lottery, or perhaps they were not dying after all and would go on to live a healthy life.

It seems that 84,000 people in the North East of England are suffering from just such a phobia of good news. Perhaps phobia is too strong a word; they are suffering from âfear and anxietyâ that they might receive âgood newsâ according to the Northern Echo.

They are all people who have had the cursory six minute examination that the NHS allots their Doctor, who has pronounced them unfit for work. Now they are to be given, free of charge, a 20 minute to two hour through examination to see whether the Doctor was right.

Are they thrilled at this potential opportunity to remove a blight from their life? Not at all â they are positively quivering in their boots, lying awake at night, some even contemplating suicide allegedly, at the prospect of being declared hale and hearty, free to live a life of independence, pride, and self confidence.

They have been complaining to a committee of sympathetic MPs that answering a question such as âDo you watch East Endersâ has resulted in large numbers of them being found able to âsit for 30 minutes at a timeâ and that this is a trick question and an unacceptable means of judging their health. They should be asked âwhether they can sit for 30 minutes at a timeâ, to which they would naturally have replied Noâ¦

A Guardian reader offered to allow a reporter to accompany him on such a recent assessment. He suffers from epilepsy, Aspergerâs syndrome, and anxiety.

Epilepsy comes in many forms, and we are not told how severe or what form his epilepsy takes. For some it is a debilitating life threatening condition, for others it is âjust one of those thingsâ that they take in their stride, like hay fever, a temporary blip in their ability to enjoy life to the full. I have known nurses who have fought successfully to be allowed to return to work, with the life of others resting in their hands, following a diagnosis of epilepsy. Perhaps this man held a Public Service Vehicle licence, in which case such a diagnosis would have been the end of his employment â but not of all employment, you may still be able to drive a car.

Aspergerâs syndrome can be a positive advantage in some jobs, again we are not told what form or how severe this condition is.

Which just leaves us with the anxiety. Is this âNorthern Echoâ type anxiety, anxiety at being given the good news that life as he knows it, has not come to an end?

After a while, the tone of the interview became much more business-like, the sympathetic murmurings stopped and the questions became more rapid. âDo you cry?â she asked, trying to gauge the seriousness of his anxiety. âDo you feel that life is not worth living?â âDo you feel that you canât go on?â The replies (no) were typed in swiftly.

Two weeks later, the Guardianâs test chappie was judged fit to work on a temporary basis to see how he got on, but with extra support to help him acclimatise to this new world. I assume from the fact that this information was slipped into the end of a lengthy article explaining how harsh were these new tests that we are intended to be appalled at this result, presumably why we werenât told how severe were the relative illnesses.

So far, some 60% of claimants have been found fit to work in some form or another, many are now complaining to their MPs that this labelling implies that they were previously âbenefit cheatsâ.

I am far more concerned at the idea that being labelled âepilepticâ, or Aspergerâs, or even âanxiousâ after a six minute examination should result in you being seen as unfit to play a useful part in our community for ever more.

Strange, the Guardian doesnât seem to be at all concerned at that notion.

Bring back self-respect and self-reliance and people will want to do the
best they can, even with real disabilities. But weakening our population with
drugs and unemployment and crap education is all part of the plan.

Those living in the socialist republic of Northerndom (TM) need not fear
good news for the forseeable future.

My comments on the above have been posted on http://outspokenrabbit.blogspot.com/

There is one thing that would solve the problem in one fell swoop â do away
with the benefits system in its entirety and replace it with a tax system. In
fact a Negative Income Tax would cover all eventualities and reduce government
expenditure.

The TaxPayersâ Alliance produced a paper about it at the end of 2010
outlining how it could work http://www.taxpayersalliance.com/welfarereform.pdf for those
interested.

It is a bit of a conundrum if you have a phobia of good news, because
surely it then isnât good news to be told that you donât have the phobia and
so should not be a problem.

There have always been shirkers and âglass-backsâ cluttering up the
workforce. Many an employer has torn their hair out wondering how to get rid
of a negative influence. The ease with which âbenniesâ have been handed out
just transferred the problem to the public purse. Itâs about time that burden
was lifted from taxpayers.

That said, sticks alone wonât necessarily solve all the problems. Some
carrots are needed too â some people are genuinely unaware of what they could
contribute to the workforce if they put their mind to it, and some
encouragement might unleash their latent (or lapsed) enthusiasm. Itâs a good
thing that some of that is happening, even if it wonât always have the desired
effect.

Some people are just out-and-out piss-takers. Well, thatâs their free
choice â their ârightâ if you will â but itâs our ârightâ not to have to fund
their piss-taking. Theyâre perfectly entitled to fund it themselves.

Iâve given up getting upset about layabouts. Itâs not as if we have any
jobs for them anyway, is it?

If there are no jobs, why do the immigrants keep coming here and taking
them?

If immigrants have taken the jobs, what does that mean? It means we
have no jobs. Itâs a political issue that needs to be brought up with the
politicians. I was just stating a fact.

Your âfactâ was wrong. There are jobs that need filling, thatâs why
the immigrants come. (Good luck to âem â takes a bit of get-up-and-go to
emigrate and seek a better life.) If government turned the wick down a
bit on immigration, the jobs wouldnât go away, theyâd be there for the
natives to claim.

Correct. Half a million jobs. Er â¦ 5 million unemployed or on the
sick. You do the math.

Half a million vacancies at a given point in time. A few months on,
more jobs created (we hope). Itâll take a year or two, maybe more, to
absorb a large proportion of the total available for work, but itâll
be easier to absorb them if immigration slowed.

Even commercial airline pilots who develop epilepsy are allowed to fly
passengers again if they have not had an epileptic fit for at least 10 years.
And plenty of people with Aspergerâs manage to work full time â mainly in IT.
And weâre all anxious about something.

Somewhat controversially, I have always found it distinctly odd that those
who have been apprehended by the Old Bill for computer hacking are always
diagnosed with Aspergerâs Syndrome. But perhaps I am just too cynical!

Aspergerâs is a wonderful qualification for spending hours pouring
obsessively over computer code. Iâm not in the slightest surprised.

Without people having Aspergers to work on programming I doubt there
would be a computer industry!