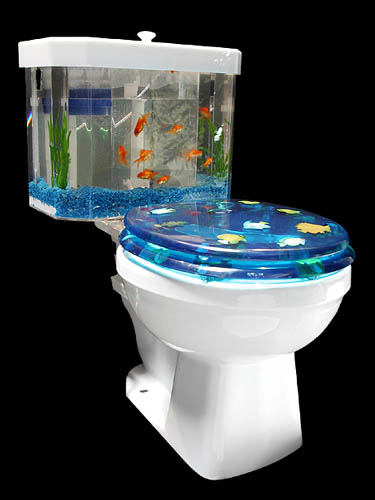 I have always been fascinated by how the law, invariably shaped to deal with the ‘hard cases’ that make the headlines and force change, pans out to affect the ordinary, the mundane, the banal, that vast chunk of the population that must abide by them and shape their everyday responses to accord with them.

Politicians make the law to please those who shout loudest, those whose votes are assured, but they affect everyone. I have had the opportunity over the past week to study the effect on ordinary men and women in a different country – it’s been the best part of the week.

Whilst the French revolution theoretically forged a republic that was colour blind and gender blind, women didn’t achieve the vote until 1944. Feminists are fond of claiming that there is insufficient equality for women in France.

Over this last week I have been intrigued to see that perhaps the men have more ‘equality’. In a hospital, there is absolutely no difference between male and female Doctors and nurses such as we see in Britain.

There is none of the charade that is played out in Britain whereby a female nurse stands guard beside a male Doctor as he carries out an ‘intimate’ examination, in case the ‘nasty man’ does something inappropriate, and is overtaken by lust at the sight of a middle aged female body. No door left open to the surgery so that the receptionist is able to hear your pathetic cries for help! Mammograms are routinely carried out by men, bed pans as liable to be delivered by male or female nurses – it comes as a shock to the English, subconsciously inured to believe that they are not safe in such situations without a female guard!

On the other hand, your privacy is respected in ways which are equally astounding to the English, brought up to believe that they have no rights once in a hospital situation – ‘matron’ holds all the rights.

An Englishman’s home is supposed to be his castle, but a French home truly is; you know you have finally been accepted here when you are invited inside a French home – they have no wish to show their home off to all and sundry. Many French people refuse to allow photographs of the inside of their home to be displayed by estate agents, and sometimes not even the price. Privacy laws are draconian.

No one, but no one, from the cleaners to the head honcho, would dream of just walking into your room, your temporary home. They knock and wait for you to respond – er, unless you are stupid enough to respond ‘j’arrive’ (which is the normal response to a knock on your door) when you are wired up to the national grid – they forget their manners and come bowling in mob handed shouting Non, Non, Non, Madame…..! The correct response in this situation is an imperious ‘entrée’. None of that business of nurses poking their heads unannounced through the curtains around your bed!

There aren’t any curtains for a start, not one in the entire hospital. Everything is glass or metal, designed to be operated with the minimum of touch, and wipe clean – which it is, forensically, twice a day, by a battalion of 6 cheerful young people, clustered round a trolley which contains all the necessary equipment and germ killers – and lists which they must all sign detailing what is to be done to every nook and cranny. They never cut corners.

There are no wards, all are two bedded rooms – although you can have a single room if you prefer. There is no privacy from your companion, nor for her from you. The French are notoriously interested in health and illness. Once the Doctor has asked your permission to pull back the bed clothes and see how you are cooking – coming to the boil nicely M. Le Docteur – your companion will be craning her neck avidly to see what ails you – and what shape you are in, a matter she feels free to discuss with you later.

She will be as interested as the Docteur as to whether the appalling food has managed to set your insides like concrete yet or not – more on that later.

French children are brought up to kiss every adult on both cheeks if the adult is known to the parents. They embrace freely, a habit they continue in adulthood. The insistence on equality means that this applies to everyone you know – the dustman, the plumber and your Aunt Mathilda. They are used to touching each other physically – the English aren’t.

They are taught from childhood the art of conversing with each other, not grunting an acknowledgement. They gossip constantly. A lifetime’s habit.

They embrace the idea of ‘commune’ willingly – whoever lives within your ‘commune’, however temporary, is part of your family.

Thus the good looking male nurse that delivers your bed pan, will give you a friendly pat of encouragement on the foot as he waits patiently for you to perform, (naked, since he has pulled back the bed clothes to help you sit up) the passing nurse with a few minutes to spare will call in to discuss with him the jazz concert last Saturday night, your companion will offer words of encouragement from her bed, the nurse will take a mobile phone call from her boyfriend, another nurse will knock on the door to ask if she might stick the vibrator thingy in your ear again, it is after all a mere two hours since she last did that, your companion will enquire for the fifth time ‘sa marche bien?’….

And your average Englishwoman will ponder that it is not the food which glues your insides together, but the cultural shock – and wonder whether it might be necessary to return to England for a few days of the time honoured solitary contemplation with a good book.

We never used to be so prudish – our home in Hereford had a wonderful ‘Ty Bach’ in the garden, specially built to accommodate husband and wife side by side, with a glorious view of the morning sunrise down the valley – carefully positioned over a 10’ drop into the midden!

Would anyone care to speculate on the forces which has left even those English who adore France, feeling so paralysed by embarrassment when surrounded by such lovely caring people?

Try the food at Niort or Poitiers hospital. First class.

I can confirm the rest of your thesis .

What a beautifully written and thoughtful piece. Thank you. Re. the Ty
Bach:
Years ago, my late and lamented father told me a ‘standing story’
(i.e apocryphal) about The Girl Next Door.
Mother to son: “Look! she’s in
the garden! Go and talk to her…”
Son: “I don’t know what to
say…”
Mother: “It doesn’t matter!”

So, off he went and waited patiently, leaning over the garden wall while
she took care of business in the Ty Bach: “Hallooo!” Pause. “‘avin’ a shit, is
it?”

Had a great time in a french hospital while waiting for an angiogram with
two nurses shaving my pubic hair, the wife of the man opposite coming in and
then being asked to wait outside. The eventual angiogram being performed
through a vein in my wrist.