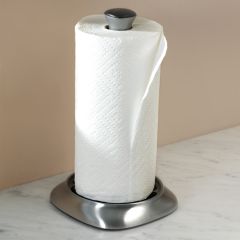 Juan replaces Brenda and Audrey as icons for the kitchen towel product Plenty, which was called Bounty.

Is Juan Sheet a brilliant marketing campaign, or is it just shit. Is it funny or just plain racist.

When pronouncing Juan Sheet in a foreign accent sounds very much like One Shit then you aren’t going to be having lots of people wanting your product if the first thing that you friends say when they see the product is One Shit. Maybe the next product is going to be One Wipe.

Sounds very much like loads of other failed advertising campaigns. Ones that you remember for all the wrong reasons such as clever images but you never remember the product. Ones that are viewed by the public in a different light to the adverting executives, or hijacked by single issue campaign groups for other purposes. Ones that are too clever for their target audience.

So then, what’s your favourite, or worst advert? And naming the Smash advert from the 70′s will earn you an immediate 7-day ban – just because.

Not, perhaps a raccoon, but small and furry.

Well although a non-smoker the “Zulu” parody of the Silk Cut Cigarette
advert made me laugh. Cinema only of course, remember Pearl & Dean
advertising the local Indian etc?

One of my favourites – The Cog. The Honda advert that showed objects triggering the
next in a whole chain of events and which took something like 3 weeks to
make.

Best: the Martians. “For mash get Smash!”

Is it just me or does Juan Sheet look like Nicholas Cage?

The Ford Mk3 Cortina ads from the very early seventies because they were an
unintentionally brilliant send up of the male chauvanism of the period.

The Martian robots from the Smash adverts, because……well, mainly just
because you told us not to!

The worst weren’t from commercial companies, but from when the state got
hijacked by Somali pirates, 1997-2010.
“Remember to eat your greens, wipe
your arse, and don’t drive with a bucket over your head. We’re watching you,
fining you, and making vanity ads like this with your money whether you like
it or not, so eff you, serf.”

I’m afraid there was no Stockholm Syndrome, what was wished on Nagging
Nanny was vile and painful.

The best one ? I wish I could come up with something cerebral, a
masterpiece of cinematic triumph, it was the Cadburys Flake one, where the
lady who’s probably
now a grandmother brightened up the evening meal of one
baked bean on toast in those
“We lived in’t hole in road, but we were
grairtfool” days.

As an ex-pat Cockney living almost exactly halfway between Subrosa and
Leg-Iron (what a horrible image!), this makes sense to me.