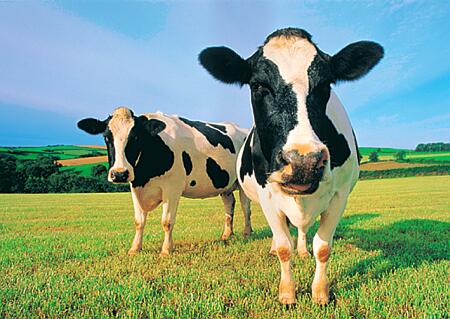 Each country in the EU agrees to donate their cows to a new joint Euro Herd
in a specially ring fenced Euro Field.

Countries like Germany nurture their part of the Euro Herd very well and it
prospers and yields high levels of good quality milk. One or two countries,
like Britain, decide not to join the Euro Herd and keep their own cows in
their own field.

Other countries though, such as Portugal, Ireland, Greece and Spain (the
PIGS) only occasionally look in on their part of the Euro Herd and generally
neglect them. One day a PIG discovers the dead carcasses of their cows as a
horrid flattened mess. They ask for emergency cow loans and, reluctantly, the
other Euro Herd members agree on condition that the PIGS take better care of
their cows.

For some inexplicable reason Britain, which has to borrow money every year
to support its own cows, borrows even more money to buy cows to lend to the
PIGS.

A few days later one of the PIGS, who had nothing else better to do,
happens to look in on his herd and discovers to his astonishment that his part
of the Euro Field is a bloody, mangled mess of squashed cows. The PIGS again
demand help from the Euro Herd members. Again they receive help on condition
that they improve their cow husbandry.

To the astonishment of impartial observers, Britain, which has absolutely
no obligation to do so, borrows even more money to increase its already
eye-watering, record breaking debt just so it can buy more cows to lend to the
PIGS.

What these Euro Herd owners and Britain refuse to acknowledge however is
that every evening one of the PIGS leads a huge elephant into the Euro Field.
This elephant usually lives in their front room during the day. Over night, as
the elephant tramps around the PIGS part of the field, it accidentally
flattens all of their cows.

The big elephant in the PIGS’s room has a name and it is tattooed on its
side in huge two foot high red letters, it is called Irresponsible National
Debt.

They had a new form of accounting too. Triple entry bookkeeping…debit,
credit and shred it

For Accenture, you can also read Arthur Andersen

It did originally say Andersen, but they’ve changed their name to
Accenture. Possibly to avoid problems of shredding memories. Just like power
plants have had their names changed to avoid the stigma of accidents.

Accenture (previously Anderson Consulting) dissolved its links with
Arthur Anderson in the late 90s and changed its name soon thereafter and
before, if I recall correctly, the Enron implosion. Accenture was not
caught up in any significant way in the Enron scandal.

The other snaps “you bastard, I was gonna say that”

“Traditional Capitalism: You have 2 cows. You sell one and buy a bull. Your
herd multiples and the economy grows. You sell them and retire on the
income.”
Irish variant: The bull claims it was down to immaculate
conception.

Greek Capitalism: You have 2 cows. You feed them on olive oil, point their
back-ends at N.Europe and run before the laxative effect starts.

ENVIRONMENTALISM: You have two cows. The government bans you from milking
or killing them.

FEMINISM: You have two cows. They get married and adopt a veal calf.

TOTALITARIANISM: You have two cows. The government takes them and denies
they ever existed. Milk is banned.

COUNTER CULTURE: Wow, dude, there’s like… these two cows, man. You got to
have some of this milk.

SURREALISM: You have two giraffes. The government requires you to take
harmonica lessons.

LIBERTARIANISM: You have two cows. One has actually read the US
constitution, believes in it, and has some really good ideas about government.
The cow runs for office, and while most people agree that the cow is the best
candidate, nobody except the other cow votes for her because they think it
would be “throwing their vote
away.”

The ‘LIBERTARIANISM’ definition is spot on, sadly.

Please forward my new keyboard to the usual address.

Wales: You have 2 cows, but feel frustrated, so swap them for sheep.

Hilarious, thanks and please keep it up.

Sorry for the typos .. must remember to rouse fingers before typing.

Funniest ’2-cow’ analysis I have seen fior ages – thanks you.