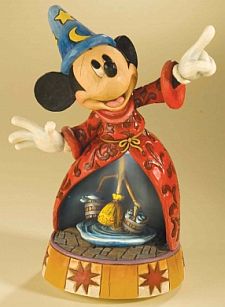 Thanks to Fraser Nelson for pointing out a world-class piece of carpet-bagging by Ed Balls MP, the Shadow Chancellor.

In his “Speech for the Alternative” the Economic Wizard showed how he was resolute when he was running the economy in the late 1990s:

I would say that:

– setting out tough fiscal rules just before the 1997 election and sticking to Tory spending plans for the first two years;
– delivering Bank of England independence;
– ensuring that in 1999 all the proceeds from the 3G mobile license sale were used to repay the national debt;
– and resisting UK membership of the Euro;

…they all show that I’m not someone who shirks tough decisions.

The cv is a little inconvenient, though. The Sorcerer’s Apprentice was a wonk, according to his official biography:

The New Statesman have the full speech, and the critique over at the Coffee House is worth a read.

Do you remember that Backbencher chap – Grout? Brout? Born? Brown, was it? I mean the one who used to be Emu to Ed Balls’ performance Rod, when Ed used to run the Government.

Good job he’s not around to disagree with any of this.

Matt Wardman blogs at <a href=”http://www.mattwardman.com/blog/”>The Wardman Wire, on media, politics and technology, in addition to writing at the Raccoon’s burrow.

I fully agree. Some things have to change in politics!

Ed Balls rouses the same loathing in me that Gordon brown used to, I can’t
bear to watch him or even listen to a word he says. Ed Milliband, I just pity
him as he is clearly out of his depth, not that I think his brother would have
been much better, he wasn’t great as foreign secretary and too much of a
coward to challenge Brown. I was not a great Tony Blair fan even at his height
but he had an understanding of middle Britain because he belonged to it – then
at least, Brown never did and neither do Balls or the Millibands. I see on
Guido that Balls lost a court case, wonderful, he should have paid what he
owed, typical. Every Labour Government ends the same way always in a financial
mess. This one seemed to be different in 1997 but no, under the veneer of Tony
it was the same old tax and spend.

Personally I’m thinking Mrs Balls/Ms Cooper may end up there or
thereabouts.

Given the wholly warranted vilification of Balls, you do wonder if there
isn’t someone, anyone, in Labour who could be a better shadow Chancellor than
him? The smart move on the part of Milli minor would have been to offer the
post to Mrs Balls (ie Yvette) and offered him the number two post, which he
would have declined in a huff.

Balls must have a deal with Brown.

Every time Balls opens his mouth, he spouts the same old rhetoric that
Brown used while still attempting to vindicate the Labour failure. It’s
pitiful and cringeworthy at best. Current politics in a word is just shameful.
Can anyone blame the apathy with all the lack of decency and honour?!