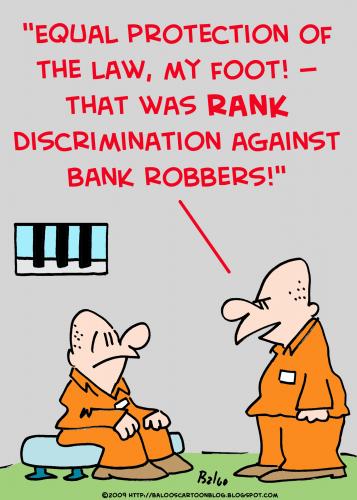 One of the failings of the European Union is in its attempt to convince us that we are all the same, just human beings. We are not – and nothing divides us more than our sense of humour or choice of gossip.

The German newspapers are staid, economics-based worthy journals, with the occasional flash of unintentional humour as displayed when they demonstrated the downturn of the economy in Berlin with an article telling of the decision by an unfortunately named Berlin brothel to offer an all inclusive buffet as part of the entry fee to encourage the poor in their door…. my subsequent article, ‘The All You Can Eat “Pussy Club”…remains my most read article. I have a reader in Kazakhstan who logs on daily; he probably intends to read other things, but somehow he never gets around to it. The Kazakhstan Procrastubator, I call him.

The English have a bottomless (sic) consumption for tales of shagging footballers. Ryan ‘ad ‘is sister-in-law, oh yes he did. She ‘ad ‘is brother, as she was entitled too, ‘is bruv wanted to ‘ave her Mum. Rumours of childhood high jinks involving Daddies and Doctors have yet to appear – but they will. Keep it in the family folks, now she (Who? Which? Me name her? On yer bike) may or may not be pregnant, and we will disappear under a welter weight of uberinjunctions whereby the child, if there is one, may not call itself anyone’s child for fear of being in contempt of court.

The Irish are not that interested. They prefer a diet of balaclavas, gun stashes, stunned security guards, and the smell of cordite in their papers. If you want to sell a newspaper in Ireland, you need a good bank robber. Stick your scanty panties. Page 3 needs a cauliflower ear and a stocking over its head.

Thus it was that the Irish Daily Star Sunday set forth with what they thought was a copper-bottomed tale to delight their readers. They alighted on two prolific non-conventionally employed, though heart-warmingly productive, individuals; stuck up a photograph of them next to an ATM machine – having thoughtfully pixellated their faces – and called them  “the most dangerous criminal gang operating in Dublin’s underworld”. It referred to them as ‘Fat Heads’.

Now, your first reaction might be that this was glorification of criminality, and as such, being referred to as ‘the most dangerous gang’ would have delighted the pair, recognition of their hard won battle climbing the greasy pole of bank robbing career advancement. Not a bit of it. They were furious. They sued for defamation.

Surely the ‘Fat Head’ jibe was not the problem?

Not at all, in fact they advanced evidence that they had been known as the ‘Fat Heads’ since childhood. Wasn’t that how someone who had known them since childhood was able to figure out that it was they who were being referred to when the newspaper came on sale ‘after Mass’? – and weren’t they subjected to ridicule and derision in ‘Finglas market’ when the full article was read out to the assembled duly ‘absoluted’ crowd?

No, what they really objected to was being pointed out as ATM robbers. There was no recognition whatsoever of their years spent hi-jacking armoured cars, pointing guns at anyone in their way – they were being bracketed in with common or garden navvies who used their JCBs to dig ATMs out of bank frontages. It was definitely defamation.

They could afford a libel trial, they were believed to have amassed £4 million, and justice is for everyone isn’t it? Hmmn?

This case has been wandering round the lower courts in Ireland since 2004; in the meantime the Irish Daily Star Sunday has gone bust. That hasn’t deterred the outraged brothers, nor their expensive legal team.

Eventually after much legal argument they lost the battle – but not the war.

They forced the case through to the Supreme Court in London. The criminal underworld in Dublin may be part and parcel of the movement that detests, abhors, and doesn’t even recognise the British government, but when you’ve been defamed – a mans gotta do what a mans gotta do.

The Supreme Court, after much deep thought, has just ruled that they shouldn’t have lost that battle, the trial judge made mistakes, the brothers Bradley will get another chance to sue the defunct newspaper for Libel.

Those of a legal bent will enjoy the full transcript – magical stuff.

I love the Irish, nobody does it better. The one thing about them (apart
from these two fat heads) seems to be their ability to laugh at their own
primary national characteristic.

About 15 years ago I had the necessity to take my car over to Cork on a
business trip. The ferry arrived at the terminal at about 6am, and I drove off
into the town to find breakfast. I came to multi-storey car park and very
cautiously turned into the entrance.
I had a specific problem. I was
delivering some of my company’s equipment, and it was all stacked high on my
roof rack. Care was needed. I approached the usual height barrier hanging from
the chains above. Getting out to compare the height I was able to slip through
with about 2 inches clearance, good.
As I drove up the ramp to the parking
area, I espied a huge concrete beam crossing my passage. Methinks I am never
going to get through that gap!
Sure enough, the beam was at least 3 inches
below my roof load. I was now stuck as I had just driven through an unattended
barrier which permitted no exit.
It turned out, that every time someone
crashed into the height barrier,bring it crashing down, they simply removed
the damaged links on the chain and raised it a little higher! Simple!
Monty
Python couldn’t have done it better.

As a member of the legal profession (though hardly an eagle. A crow, at
best), I entirely support the right of wealthy fools to pay my brethren vast
sums of money to pursue hopeless cases through the courts. They won the appeal
on a technicality, so that means a re-hearing. Trebles all round, as Private
Eye would put it

Well, I suppose it does keep them from getting into other sorts of
mischief.

Whether I’m referring to the robbers or the other robbers, who can
say?

Damn, outed as the Kazakh. Fraternal greetings, from the feline-worshippers
of Tselinograd.
Maybe it’s the future for the UK economy. No more
manufacturing or financial services.
Las Vegas gets the drive-in weddings
and divorces, London gets the defamation claims,
and we are world-leaders
at providing the ceremonial trimmings.

Hold on a minute – am I reading this correctly?

Two Irish bank robbers are suing a defunct newspaper for calling them the
wrong sort of bank robber?

I thought we’d all got past that stage we went through of making jokes
about thick Irishmen. The legal eagles must be laughing like drains at this
one…

Reminds me of the guy who walked into a bank, pointed a gun at the teller,
and ordered her to transfer the contents of the safe to his account. Being a
careful chap, he didn’t want to walk about with all that cash. Being a helpful
chap, he’d written his account details on a slip of paper for the teller.

She duly tapped away at her computer, then politely informed him that she’d
done that, and was there anything else she could help him with today? “No
thanks, that’s all” replied the man, and left.

Shortly afterwards, he received a knock on his front door from a large,
friendly policeman. He is currently enjoying a rest at Her Majesty’s
pleasure.

Wonderful stuff isn’t it? I haven’t enjoyed reading a legal case this
much in years!