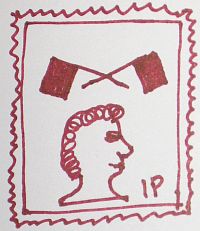 I’ve started a new secret project; it’s the homework for my “Increase your Wordpower” course. I’ve got to get as many obscure words as possible into the New Statesperson or the Guardian, and apply them where they don’t quite fit in; sounding pretentious gets me a bonus point.

This week I did it with “Anhedonia” . Do you know what it means? It’s a word about a symptom of depression:

Anhedonia is the inability to gain pleasure from enjoyable experiences.

It was first identified in the 19th century, but was largely ignored until the late 1980s in favour of more obvious depressive symptoms such as low mood, poor concentration, tiredness, disturbed appetite and sleep, and suicidal thoughts.

Anhedonia is now recognised as a core symptom of depression and research by the Institute of Psychiatry in London is throwing new light on the links between the brain and depressive illness.

This is the paragraph:

Don’t tell Medhi, or he may get mardy.

You only write these pieces because you’re a misogynist who clearly wants
to rape her. She is a warrior fighting the evil repression of our Stalin like
prime minister. She works tirelessly to lump unbelievable debts onto the
unborn so that oppressed Equality Officers can afford their Stagger
subscriptions.

For obscure words she should read Smollett: e.g., asseveration
(assertion).

Obviously labelling her mental excretions as bullshit would be sexist, so I
guess cowshit is no better?

“I’ve got to get as many obscure words as possible into the New
Statesperson or the Guardian, and apply them where they don’t quite fit
in”

Here’s one for you, then, try sesquipedalian.

Here is what she wrote in 2009 “I am haunted by the lilting, assertive
cadence of Dworkin’s prose. What poetry in dialectic. And I am angered, deeply
angered, by the assumptions that continue to be made about Dworkin’s work –
assumptions that I used to make myself not so long ago.”

And this about her book Meat Market “Modern culture is obsessed with
controlling women’s bodies. Our societies are saturated with images of unreal,
idealised female beauty whilst real female bodies and the women who inhabit
them are alienated from their own personal and political potential. Under
modern capitalism, women are both consumers and consumed: Meat Market offers
strategies for resisting this gory cycle of consumption, exposing how the
trade in female flesh extends into every part of women’s political selfhood.
Touching on sexuality, prostitution, hunger, consumption, eating disorders,
housework, transsexualism and the global trade in the signs and signifiers of
femininity, Meat Market is a thin, bloody sliver of feminist dialectic,
dissecting women’s bodies as the fleshy fulcrum of capitalist
cannibalism.”

Is this girl for real? Or is playing the part of Julia from 1984?

It is better to keep your mouth shut and have men think you stupid, than
to open it and remove all doubt.