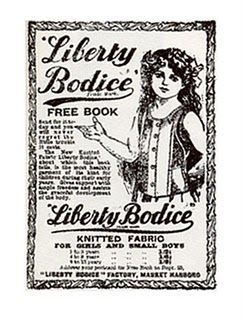 Stuart Fairney sent me his new book, ‘Single Acts of Tyranny’, to read last week. Until I forced myself to read the Millennium trilogy a few weeks ago, I hadn’t read a novel in years. No time; I only just manage to keep up with the political sagas, the legal news, the current affairs – the idea of settling down with an ‘airport blockbuster’ simply didn’t appeal.

I approached it with some trepidation. Two pages the first night, then deep sleep with the book, and my glasses, lying on top of the bed; four or five pages the next day – followed by one of those unaccountable snoozes that overtake you in the afternoon when you stop moving furniture in the hot sun and find a few quiet minutes for yourself. Suddenly I ‘got it’ – and didn’t put it down until it was finished.

This is not so much a liberty-bodice ripper, more of a Libertarian bodice-ripper….

A clever idea, one that I could scarcely disapprove of, given that I have run this web site for some years on the same principle – don’t bore people to death with yards of earnest discussion on Austrian economics; dole out Libertarianism in small parcels, sugar coated, with real life examples that they can relate to. Most people simply aren’t interested in ideology; those that are, are already deeply entangled in an exchange which has lasted for the past three months on some obscure web site, with no sign of retreat on the part of either commentator.

Stuart has produced a book that is Libertarian-lite. Sugar coated, with the obligatory sex scenes, the requisite opposing factors – male/female, black/white, bigoted/liberal, totalitarian/libertarian – and naturally the good guys win – even if he does lose the girl in the end. Mills and Boon won’t be taking it up then Stuart…..

It rattles along, with a good plot, but in between are doses of pure Libertarianism with an implied challenge to question them if you dare.

Which makes me wonder why Stuart has chosen to send out copies of his book to committed Libertarians – Leg-Iron, Dick Puddlecote, and myself. He should have followed his own plot line – sent the book out to some school children in outer Blackburn, let the Guardian readers howl in anguish at this poisoning of young minds, maybe a priest or two to stand up and denounce the book as the work of the Devil?

So, rather than now put the book on my bookshelf to gather dust – I will send it to the reader who can come up with the best scenario to ensure that it is read by every outraged left wing writer – if you can come up with a confirmed plot that ensures Polly Toynbee calls for it to be banned, I shall post it first class, hang the expense!

Do buy it, it is self published, so Amazon, on this link, will swear blind that they don’t have any copies, ignore them, order it anyway, they will e-mail Stuart to post you a copy – then do as much mischief with it as you can.

Leave copies lying around at your local job centre, sneak a copy into your local library, casually drop one on top of the pile of old magazines in the eternal waiting room at your local hospital – even the most die-hard, Jeremy Kyle watching, Labour voter will stop and think for a few seconds as he absorbs the message between the sex scenes…

Many thanks for this Anna.

In your suggestion to send it to school kids you have anticpated me
somewhat; well maybe not this one, but in the words of the late President
Reagan “you ain’t seen nothing yet”

They do. Grown up ones, with capital letters in.

Start describing the book as an allegory of the Cameron-Clegg war inside
the coalition.

Post Polly Toynbee a copy with a short printed review alluding to the
allegory. (I’m pretty sure she’s a cheapskate – I’d expect her to claim the
free copy as an expense.)

Follow up a few days later with a short note in large clear
handwriting.

The note should briefly say that this book, admired by Margaret Thatcher,
explains why slavery is so useful – and that she, Toynbee, could learn
something from it.

She’ll never bother to actually read the book before condemning it.

Good one. If it wasn’t for the Comms Act 2003 with it’s ban on
threatening messages I’d mention the plot of a good film, The Name Of The
Rose, where the monk had a novel way of stopping people who read books
containing forbidden knowledge. Sean Connery (who supports the SNP) was the
investigating monk in the film, so if anyone in Tuscany who supported
Guardinista-Labour had an unexplained demise after reading the book the
culprit should away with it (hypothetically, in a non-threatening message
way).

Books do furnish a room.

Do I really want to read this book? Or do I just want to win something for
once in my life?
I shall go away and have a think about it.

Ideas.
1. Get her to take it personally. Find a despicable character in
the book and claim it’s a
thinly-disguised attack on her. The brain can
find connections between almost anything,
e.g. slight similarity in name or
appearance, conspiracy theorists rely on the fact.
2. Find out who her
current hero is. She blows hot and cold with her favourite Fabians,
like an
adolescent crush that turns to spite. Claim it’s aimed at the present one, as
in 1.
3. Do a ‘Bible messages’ with the book. A computer scan in various
directions will reveal
a lot of phrases, ideally something like “Tuscan
hypocrites are toerags”.

Tell Polly the author is Wedgwood Benn writing under a pseudonym? That he
has seen the error of his ways and seeks atonement?