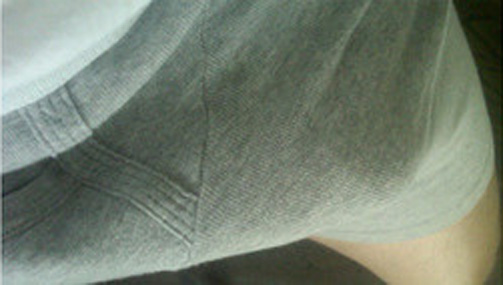 The Schnitzel, as any good cook will tell you, is a lump of immature meat, encased in a crust. The only way to make it edible is to beat it within an inch of its life, and then plunge it into boiling oil. Mrs Weiner must be sorely tempted to take my culinary advice.

For there is a Mrs Weiner, despite the good congressman’s desperate attempts to woo diverse cyber females into partaking of his crusty delicacy. What an interesting character she is.

I had expected this morning, on learning that the poor lady has just proudly announced her pregnancy to ‘close family friends and family’ – and the rest of the entire world as the news spreads round cyber land – to be defending another ‘Mrs Blunt’, another vulnerable lady left to pick up the pieces as her husband’s infidelity is fed to the main stream media for our delight.

Far from it – though that doesn’t lessen my initial reaction that rather than super-injunctions and judicial threats to Twitterers, if we really must have new laws, perhaps a ‘blanket law’,  automatically awarding the entire family estate to any partner left embarrassed, humiliated, pace Giggs, belittled, pace Blunt, or defamed by their partner’s inability to control their wish to advertise their sexual immaturity as widely as possible, would be a more effective way of clearing the main stream media of the endless tittle-tattle.

She started her working life as an intern in the Clinton’s sexually charged offices. Some internship, awarded to only a few lucky girls. Mrs Weiner had the good sense to align herself with Hilary, rather than Bill. Smart move. She has made remarkable progress.

Her Wikipedia biography says that she started working there in 1996. By 2003, 7 years later, she was earning the princely sum of $9,000 a year. Not a lot to support a Washington lifestyle on.

In 2006, now listed as Senior Adviser, her salary had increased by a miserly $999.96 – not even a 10% pay rise; and yet she was able to purchase a $530,000 apartment in central Washington. She is famed for her collection of designer clothing, Oscar de la Ranta, Maladrino, Pravda, and is described as having a weakness for Yves Saint Laurent handbags. The Clinton’s attorney is quoted as saying that in the 11 years he had known her, she had never worn the same outfit twice.

She doesn’t come from an apparently wealthy family – her Father who died when she was 17, was an Islamic academic, and her Mother a university professor. Neither professions renown for their ability to create wealth. Her Father, however, was able to found the ‘Institute for Muslim Minority Affairs’ in Saudi Arabia, for which her Mother remains as a Director. The Saudi regime are known to spend billions of pounds each year promoting Islam and donating money to foundations which support Wahhabism.

Does any of this matter? Perhaps. For Hilary Clinton has long harboured Presidential ambitions. She is known to engage in the unorthodox practice of supplementing her ‘staffers’ salaries with payments from her $13 million campaigning war chest. What could be more useful than a staffer with family connections to a limitless supply of money?

Today, Mrs Weiner is Hilary’s ‘Chief of Staff’, in North Africa with her, her closest personal aide; apparently deciding, as the Americans like to do, on Ghadaffi’s fate. She may still be a ‘vulnerable lady’ who’s new pregnancy has been announced against a background of seedy sexual confessions from her husband, but she is sitting next to Hilary Clinton – a lady who can tell her a thing or two about rising above a mere male’s peccadilloes.

Mrs Weiner is the mysterious Huma Abedin, a lady whose biography is littered with possible links to Saudi intelligence, and even more dramatic links to a suggested liaison with Hilary Clinton that goes way beyond Bill’s short lived sexual liaisons, and hints at a strong romantic and emotional commitment.

Weiner’s Schnitzel moment is forcing one of Washington’s most persistent political rumours out of the closet.

Edited to add: Oh go on then, you prurient lot. Definitely not safe for work…the Schnitzel revealed, courtesy of Andrew Breitbart.

Only small problem with the Weiner/Wiener thing is that the WIENER SCHNITZL
is always spelled IE. Weiner would refer to wine, Wiener refers to Wien, or
Vienna.

In German IE and EI are never interchanged, and are always pronounced E and
I.

It amuses to see Herr Weiss (Vice) coming to America and being caller Mr
Weess.

Funny she should announce she is pregnant, I am old enough to remember when
Ted Kennedy’s then wife did the same after Mary Jo was left to die. I said
then I bet she ‘miscarries’ due to all the stress and of course she did. I
would bet the same thing happens this time, it is an old ploy for men in
trouble but honestly this guy is so creepy who on earth would want to even
look at him.

It gets weirder. That photo turned up two weeks ago on craigslist for a gay
guy looking for a woman to turn him straight so either he “borrowed in an
unapproved way” the photo or else … .

Interesting piece, but you’re overdoing it a bit. The links to Abedin’s
“salary” show that the $9,000 and $9,996 are for the six months October to
March inclusive not the full years. (But thank you for including the
links!)

Interesting angle on the Saudi influence within Ex President, Current
President and future First Women President of USA. From an infiltration point
this really she really is a golden goose.

No ! No ! No ! Anna you must apologise at once, you naughty Raccoon !!

Andrew Breitbart definitely, certainly, absolutely didn’t want to leak this
and cause more distress to Weiner’s family, oh no, he just passed it around on
his phone to some rabid right-wing shock jocks [what could possibly go wrong?]
and it was ‘accidentally’ snapped on someone else’s camera phone and Breitbart
couldn’t possibly in any way, shape or form be blamed for this ‘leak’, my
legal counsel inform me…

So before making such an allegation, make sure you have evidence ‘that will
stand up in court’….

It bends to the left.

Didn’t they used to say that if you got in with the Clintons you either
ended up dead or in jail?

For Mark Steyn who can make anything funny, this story has been a source of
endless jokes, I heartily recommend anyone to read his various pieces on this.
Utter comic gold.

@channel4news High Court rules Steven Neary, who has autism, was detained
unlawfully for almost a year by Hillingdon Council.

Aren’t readers wonderful!
I was busy searching the data base for just
that judgment!
Thank-you, Bailli doesn’t seem to have caught up yet, most
annoying.

Yes, yes we are. Especially me

I just *KNEW* you’d want to see that one

Hillary is not impressed.

“Oh go on then, you prurient lot. Definitely not safe for work…”

Pfft! There was more meat in my Greggs sausage and bacon roll this
morning…

Yes, but you didn’t have to scan it for virus’s before you looked it in
the eye……

Was the Ryan Greggs…? Sorry, I get confused with all these
philanderers.

“His crusty delicacy” – really brilliant, Anna, but there goes another
keyboard!

I see the BBC are running that ridiculous Viagra/Gadaffi story again.

Yes, quite unprecedented, that, rape as a weapon of war. Good job it’s
never happened before in any other country, say, an African one we didn’t
want to bring to heel…

I do not know how much information you have available on the rape as a
weapon used within Islamic society not whether you have any experience in
these matters except an opinion.

It is very real, it is very common. The Viagra link is a new development
but the mass raping of women during conflict in Islamic society has huge
implications on Family honour. In a tribal society like Libya this will be
specific tribes raping the women of specific other tribes. The women are
usually either killed or cast out after being raped.

Incidently the Middle East/Africa is one of the few places that males are
also raped during police custody and conflict.

The evidence in this case is rooms full of used condons/viagra wrappers
and blood stains. These women were not raped once!

It is quite disgusting to deny this on the basis of the source. I cannot
stand the BBC but they are reporting what was already known and seen by
reporters because the lefty organ in the Hague has made a statement.

There was also a report on firedoglake the day before the BBC story
about how the rebels we are supporting in Libya are using the same ploy in
Misrata… they rape women in front of their families if they support
Gaddafi. If a family choses to support neither side, nor to fight for
either side, they are sealed in windowless homes and left to starve. These
are the people NATO are defending. Oh, how we choose out friends with
care….

Poor beeboids, tying themselves up in knots to avoid revealing he’s a
democrat !
Hilary was right, you would though, wouldn’t you ? She’s
definitely got better taste than Bill !