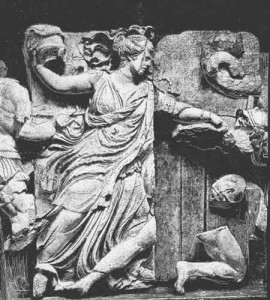 Itâs been a very strange few months. Things have been moving fast and, due to an auspicious combination of luck, work, class privilege and just being in the right place when things were happening, Iâm now a journalist who people have heard of and stuff.

Iâve had a big think about the consequences of that this week, and this is my post about it, which will probably come across as massively wanky and self-indulgent, particularly when so many really important things are happening in the world.

Iâm mostly writing this so I can get it all out and get it down and concentrate on those more important things. If it helps, youâll get the basic sense of this post from just skipping to the penultimate paragraph now.

So: it’s all change! A year ago I had just over a thousand Twitter followers; now itâs nearly twenty thousand. A year ago it was a huge nerve-wracking fiasco for me to talk on a regional radio driveshow; now I’m a regular panellist on Any Questions and Radio 5.

Nine months ago I was a blogger in the process of trying to improve my writing in the hopes of someday, maybe, being a âproperâ commentatorâ; Iâm now a columnist for the countryâs foremost leftwing magazine, earning a living as a full-time comment-and-features journo, and have written opinion pieces for the Guardian, the Evening Standard, the Independent and others. I got to talk at the Fabian Society conference. People from the BBC sometimes ring me up and ask what I think about things.

Iâd be an idiot not to be thrilled by all this, of course. Even when itâs terrifying and intimidating, which is most of the time, I remember that it makes my parents proud, and thatâs always something to be glad about, because frankly my mum and dad have put up with quite enough crap from me over the years. Iâm not trying to carp and bitch and say poor ‘ickle me, Iâve got it all so very very hard: manifestly, Iâve been handed a pair of golden slippers, and it would be ugly and ungrateful to complain that they pinch.

It does raise issues, though â because despite what some people inevitably believe, my writing is not a self-promotion exercise. Far from it.

I care passionately about the politics and the movements I am engaged with, and I am having to learn very fast, by trial and error, how I can best behave in order to be useful to those movements. Iâm having to anticipate what I might do or say that might damage or cause divisions within the causes with which I am associated. There is, bluntly, a lot more I can do now to fuck stuff up.

Donât get me wrong, Iâm not under some delusion of being ever so terribly famous â Iâm not famous, there’s just a bit of a fuss at the moment. I donât get recognised in the street. I have been recognised on two separate occasions at the same bus stop in Bethnal Green, but since I estimate that about half the people who read my blogs and articles probably live within shouting distance of E9 and have a tendency to wander down the Old Ford Road at half midnight on a Thursday eating chips, thatâs no huge surprise. I do, however, have a more powerful platform than Iâd ever anticipated – at least not, in my nuttiest dreams, until I was in my mid thirties – and thatâs daunting.

Itâs daunting, because Iâm in my early twenties and still learning the rules, and it feels a little like being in the front seat of a speeding car that I donât know how to drive, trying desperately to master the controls as I go along without careening the whole machine into a bollard.

It means accepting a certain level of responsibility. It means no longer posting profanities and details of my favourite bedroom activities in my Facebook profile whenever I feel like it. It means absolute integrity and thoughtfulness.

It means that the ripple effects of things I write and say are no longer small and friendly: if I call a fellow activist a cunt, itâs not just playful snark, itâs a big deal. If I tweet momentary disillusion with a protest movement, it might actively dishearten a few hundred people involved, and that matters.

The way I choose to tell a story – romantic and human-centred, like this week’s New Statesman cover story on the student movement, or theoretical and dispassionate, as some would have preferred? – matters to people. It seems to matter a lot. It means that more often than not, when I write something, people actually read it, and quite often respond to it via blogs and articles of their own.

It also means receiving a great deal more criticism â some of it good and constructive, and a whole lot of it frightening, horrible, threatening and nasty. I now receive rape threats and death threats on a daily basis; I am the subject of various spiteful right-wing hate campaigns and have my very own following of Tory and libertarian trolls (hi, @OldHolborn!). I can no longer respond to each criticism individually, as I used to. I have to block some of this petty shit out, or Iâd go barmy.

I guess what Iâm saying, what all of this is leading up to is: please bear with me. This stuff is all new and vertiginous, but Iâm not making the same mistakes twice. The biggest mistake, the one I regret the most actually, is neglecting my share of the housework with all the work and chores and running around I’ve been doing, with the result that it now probably seems, to my lovely and long-suffering housemates, like I suddenly think I’m too good for the washing up.

I still care about the same things, just have to accept that I canât fuck around and fuck stuff up in the blogosphere quite as much as Iâd like to anymore. I canât take the time to respond to every individual hater with a measured and reasonable put-down. I have to behave like a fully-fledged commentator, even if in my head Iâm still a weird schoolgirl who sometimes hides in the bin reading comics and has panic attacks when people speak to her without warning.

It’ll inevitably all come crashing down, presumably when some editor twigs that I am in fact making it all up as I go along. Before that, hopefully it will at least settle down and things will be less frazzled and Iâll have space to take stock. Probably not for another few months, though, cause I have a book coming out and another one on the way and Iâm doing more things on the tellybox. Meanwhile, Iâm gradually learning how to handle all the pressure without being a total dickhead.

Thatâs about it, really. Thanks for reading, if youâve made it this far â I appreciate that your time is limited and that there are several revolutions on at the moment. If I ever lose perspective, or start praising Iain Duncan Smith, or just turn into a massive wanker, Iâm counting on the people IRL and online whose criticism and advice Iâve always valued to take me to task. You know who you are.

Thank you, I love you.

(With thanks to the Appalling Strangeness for permission to cross-post, and to anonymous for the text. Nyx is the Greek Goddess of the night, born out of Chaos. The photo came from here. You can find oodles of Laura Peony at the New Statesman, and – yes – this piece is only slightly different from the real one.).

A* in English GCSE, E- in everything else.

Basically wrong about everything all the time.

Penny Red = Penny Dreadful!
She writes about the spires from the perspective of the gutter.

The personal pronoun is used too often !

Is it just me, or was that a lot of self-indulgent, pretentious bollocks?

I have a suspicion that she will be embarrassed by that in the not too distant future. Actually, more worryingly, there’s a possibility that she won’t…

[Matt adds: yes.
I plan to invent a new colour “PennyRed”, which will be a brighter red than scarlet, by showing LP some of her articles in 10 years time and taking a photo.]

Hard-left activists. What can you do with ‘em? Well some of us do this-

They dream that they’ll be Chairman Mao
With the power to off Lin Piao (sp? – Mao’s deputy, murdered on Mao’s orders)
A perv like a Glitter
His ‘voters’ ate litter
But a hero to fools even now