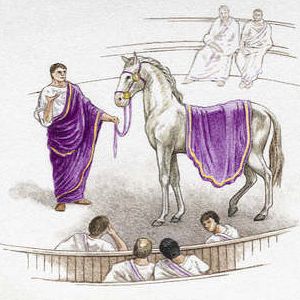 The FIFA soap opera continues, and Placido Domingo, Johan Cruyff and Henry Kissinger have been drafted in to save world football.

As Sepp Blatter put it:

“These gentlemen are more or less advisers, they are not the experts but advisers and what they should be also is the kind of council of wisdom which my executive committee would not like because they think they are the council of wisdom,” Blatter said.

“I have also contacted the Spanish singer … help me with the name.”

“Prompted with Domingo’s name by interviewer Alex Thomas, he went on: “Placido Domingo will be part [of the committee]. He is happy, he is proud that he is part – as Kissinger also! People say he [Kissinger] is an old man, but he is a wise man.”

That reminds of a nursery rhyme:

Rub-a-dub-dub,
Three men in a tub,
And how do you think they got there?
The butcher, the baker,
The candlestick-maker,
They all jumped out of a rotten potato,
‘Twas enough to make a man stare.

Given that these three weren’t aware that Sepp Blatter had dropped them into the tub before he announced it, it’s hardly surprising that at least one of these is being slightly hesitant:

“Kissinger has also poured cold water on Blatter’s attempts to fast-track him on to the committee, telling the BBC on Sunday that he would wait to see the terms of reference before agreeing to join.”

I’m stuggling for an analogy, but the best I can do is that somewhere there is Caligula in the background, and that Sepp Blatter is the horse.

So where next for FIFA? And how to achieve it?

Or do we go back to cricket?

Back to Cricket? I never left it.

I hasten to add that if you are a Pakistani then you probably think Cricket is as bad as Septic Blather.

The FA should keep well away from FIFA apart from obligations…they should ‘push’ UEFA as the body to follow if only they could get the ‘dreaded’ Platini on-side…
They should also do everything in their power to make the Premier League even more successful than it is and enable it to expand its influence and revenue raising.
If anything, this will surely annoy FIFA!
The FA should also announce it will have nothing to do with those FIFA reps who said one thing and did another…they should name names!

Not so much a soap opera as a Three Tenners Concert.