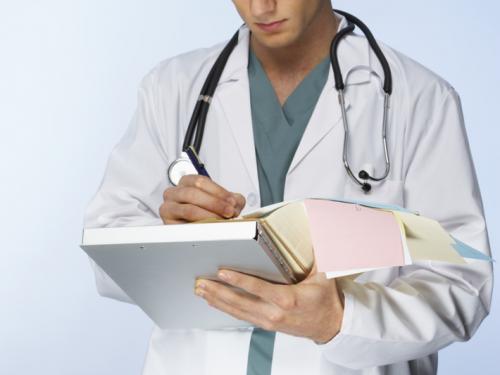 Just as we are digesting the news that our judiciary don’t want any scurrilous hacks or members of parliament commenting on their decisions, or investigating stories, especially not when they are listening to the pleas of Doctors who wish to dispose of their patients in a far from humane manner – the GMC, with impeccable timing, issues a press release.

In future, when Doctors despatch a patient prematurely whilst singing Rule Britannia and smoking a hookah pipe, or stitch the patient’s left arm onto someone else’s right leg, or are simply stark raving bonkers – the GMC don’t want the media to be able to report these allegations!

Who are we to know the reputation of the person to whom we entrust our body or mind? At the moment you can listen to these allegations, supported by witnesses, and even if, through some technicality, the Doctor is allowed to continue to practise, make your own decision as to whether to switch to another Doctor pronto.

Over the past ten years, the number of days on which the GMC have been forced to hold hearings has risen from 333 to 3,493 – that is now an average of one Doctor per working day whose patient has been forced to go through the onerous proceedings known as ‘making a complaint’.

The GMC believe that this “may give the false impression that a large proportion of doctors behave inappropriately”. It is, they say ‘too stressful’ for the Doctors.

So they are lobbying to be allowed to hold their hearings behind closed doors, presided over by other Doctors, and only announce the verdict, if the complaint is upheld, on the GMC web site.

Even the Newspaper Society has woken from its lengthy slumber and announced:

“Any publication on the [GMC] website describing the sanction accepted, description of issues put to the doctor and mitigation, supported by evidence taken into account, will be crafted by the GMC, not an independent account by independent, disinterested members of the public or the press who attended the proceedings and observed these in full.”

The onus is on the blogosphere more than ever to report facts from a local level and local knowledge, and get information out there in a responsible manner. The judiciary, the medical profession, and other bodies who hide behind a thin veneer of respectable ‘officialdom’ may succeed in muzzling the main stream media, but they will never silence the blogosphere.

I am glad you are getting over your chicken wings Anna. Never seen so much
fuss made out of someone helping themselves to chicken.

As for the GMC, you have much to learn my dear.

Anna – this is somewhat scurrilous to say the least. Dr No’s full response
is here.

OOOOOOOOerrr! Is there a doctor in the house?

All professions, corporations, news corporations, political parties – in
fact all organisations – have rank structures. The one thing that unites all
these ranks is their readiness to close.

Not a problem for me. I wouldn’t be seen dead anywhere near a Doctor.

Unfortunately, that’s one of those times when you don’t get a choice –
and yes, you would be.

what of false accusations – would you encourage the swarming lawyers their
go at cash?
“Other victims” or the righteous wrong.

What’s the difference between this and anonyminity for rape suspects. Isn’t
everyone entitled to be have some privacy until they are found guilty.
Otherwise you get loads of “no smoke without fire” issues.

At the very least the numbers of cases needs to be published so that when
cases do lead to a conviction you can work out the numbers who are not found
guilty. That way you don’t get too carried away with having every case as a
not guilty result, but it does allow people to see the results to work out if
there is a problem with increasing number of guilty people or too many not
guilty.

Anonymity doesn’t prevent the press from publishing details of the
accusations – which means that other victims may come forward.

What the GMC is suggesting would mean that you would never hear of the
accusations unless there was a proven case – and an unproven case doesn’t
mean that nothing has occurred, it just means that the facts didn’t pass the
legal definition of the crime.

I’m not saying that the press can’t publish anonymised reports (pretty
much what they are doing with the current injunctions) which I would
prefer rather than the some body being judge and jury of it’s own
members.

What I am saying is that publishing all cases (non-anonymised) even if
people are found not guilty (and in the GMC’s case is the legal definition
the same as it’s more a disciplinary type hearing) does mean that sometime
innocent people can be labelled as guilty by association which might harm
their work or personal life.

Sorry, bit laddish this one.

Switched on as usual is our Livewire, definately a 3 phase shocker that
one!

If only we could get Livewire to switch on Dim Glo…..aka Gloria!

Current affairs. I just switch off.

Anyway, I’m un-pluggin’ me curlers now, shoving me teeth into an
overnight soak and draggin’ down me nightie as a deterrent ‘gainst Ol’
Smuddy’s attentions this evening. I’ve been away for a few days and
experience tells me to expect ardent attention after 10.pm. Wish me
luck. Night all.

For your ailment, your cough or your sweat
Which leaves bedding so
terribly wet;
You might need colonic
It it’s The Bubonic:
If it is,
take all you can get.

Once again The Curse of Smudd hits Raccoon Towers. Nothing here now but
tumbleweed drifting by, zig-zagging over the dust at the whim of the
(unseasonably) balmy April breeze and a couple of creaky saloon-doors
swinging on never-oiled hinges.

Yersinia Pestis once roamed
When rats took a shine to your
home
But Fleming’s chance find
With Big Pharma so kind
Says
“take this you bugs, that’ll show-em”

Great news for the blogosphere. All the MSM will have soon is the X
Factor

Thin end of a fairly thick wedge, I would have thought. As a professional
myself (accountant), I have lagged one step behind best practice for years,
and they still haven’t found out how incompetant I am.

So it won’t be long before solicitors, estate agents, vets, etc etc, go the
same way. Grocers too, maybe. Who knows where it will end?

A agree with the article and the comment above

I, even. Can’t multitask

Apart from the other day the last time I read your blog you were about to
destroy your archive, and being asked not to. I am really pleased to see you
back, and on full form.