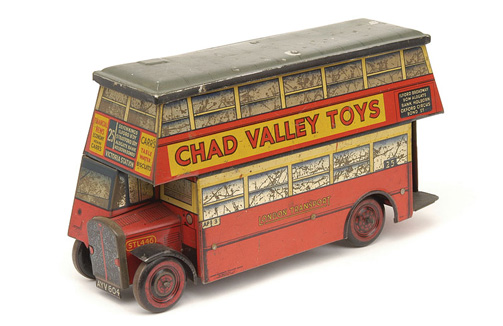 Old Mathew had never married. Too shy, maybe? A spurned lover? Perhaps he was just ânot the marrying kindâ, as they used to say in a gentler, less intrusive, age.

He was not unaware of modern mores â his niece had been pregnant at a young age; the school bus driver it was rumoured. The scandal had bedevilled her young life, and she had never married either. She had inherited her parentâs small cottage, and lived a respectable life with her daughter. Old Mathew remained in the grand-parents home, and there had been little communication between the two families, living but yards apart, for many a moon.

Until a surprise letter arrived from a Solicitor in a nearby market town. Mother and Daughter knew that Mathew had died, found lying cold in his bed one January Sunday afternoon by concerned members of the local church â Mathew had never missed Sunday Service before. Mother and Daughter had viewed the funeral from the church gate, still outcasts after 25 years. There were no other relatives to see Old Mathew on his way; but still, old enmities die hard, and the funeral was no time to intrude into Mathewâs world.

Now I stood with Mathewâs great-niece, in the back yard of an old cottage deep in the Norfolk fens. She clutched the letter from the Solicitor, her passport to stand in this forbidden land.

We viewed the cottage from the yard. One half had totally collapsed: no roof, no chimney. A veritable pile of rubble. A pump and a bucket in the centre of the yard. A collection of outhouses, pig pens, chicken coops.

âHave you a keyâ I asked?

We tentatively pushed open the old latch doors to the outhouses. Some chickens rose up in alarm and scattered. We felt our way along dust covered beams, over doorways, in all the places that a key might have lay â nothing.

The back door didnât look very strong, perhaps the bolt was rusty. âShall I?â I said.

It wasnât locked. There had never been a lock, rusty or otherwise. It was dark inside, and I fumbled for a light switch. I couldnât find one. We stumbled towards the window by the light from the open door, and managed to pull back the old curtain, near rusted to its hook and wire fastening. The fabric was disintegrating as we tugged. Whoever had closed it had done so with great care â it was many years since that curtain was in service. Curtain is too grand a term, it was but a length of fabric, roughly sewn across the top, and the wire inserted into the envelope this provided.

There was the most terrible smell inside that room. Now with light, we could see why. Under a blackened beam across the one remaining chimney in that building stood an old range. I am not speaking of the sort of old fashioned Rayburn you might see in an abandoned railway cottage. I mean a really old, cast iron, range, the sort that Antique dealers ship to America for thousands of pounds. Above the range hung a collection of rabbits from wire hooks.

We remembered the old garden hoe we had seen in the outhouse and I ran out to get it; carefully unhooking each mouldering carcass, I slung them as far down the garden as I could. It marginally improved the smell.

Having refilled our lungs with fresh air, we ventured back inside. Now I could see why I hadnât been able to locate the light switch â there wasnât one. There was no electricity. Not just no electricity, but no running water either. The pump in the yard was the sole water supply.

The letter had instructed my young friend to see if she wanted any of the contents of the cottage before it was put up for auction. Old Mathew had left his entire estate to her, the estate that had once been his parents, the parents who had never spoken to her, the bastard child of their only daughter.

What contents? We looked around the single room â a solitary chair by the range, so worm eaten it would never survive the journey to the auction house. A table that had once been respectable, but the top had perished and been replaced with an old latch door. A rough wooden cupboard with two drawers. That was it, apart from a few enamel cooking vessels and some rusty tins above the cooking range.

We crept up the stairs, afraid at every step they would collapse. In the single room above, stood Mathewâs iron bed. On the back of the door, Mathewâs âSunday suitâ â presumably he had been buried in the clothes he died in, there was nothing else, just a pair of working boots neatly stowed at the end of the bed. Oh, and a Bible on a night stand. In the corner of the room â several hundred apples, each carefully wrapped in newspaper. The bounty from the apple tree in the yard.

The sum total of Mathewâs possessions. Near 90 years of life on this earth, and the man owned nothing âcept that which was essential to his survival. Much later, a neighbour who had been present when his body was found returned the gun which had lived behind the door â taken for safekeeping since the cottage couldnât be locked.

Before we left, I took down the rusty tins; they were an interesting shape, cars, buses, trams. I shook one, it rattled interestingly, but was so rusty I couldnât open it there and then.

Now back at my house in a neighbouring village, we sprayed WD40 on the tins and managed to prise them open. Inside were dozens of small brown envelopes. Every tin revealed the same contents.

Pay packets, stretching back years, each one containing a crisp white fiver and a few coins. Coins that were long since out of circulation â as were the notes. We laid them out on the table â for each year there were approaching 50 envelopes, but always one two or three missing from the set. Almost Â£5,000 in total, in defunct English currency.

Eventually the Bank of England exchanged those notes, it took months. The cottage sold at auction. My friendâs Mother refused to have the rusty old tins in the house, they were thrown away. She bought an ultra smart sports car with the money â one in the eye for the village which had despised her and her Mother.

She sent me a newspaper cutting last week. An identical biscuit tin, not so rusty perhaps, had sold for Â£900! Just one of them. Mathew had a dozen of them.

Mathew had worked, he had a job in the local bakery; but he had not worked for the money. For pleasure? For Christian duty? Who knows? He had simply never felt the need to open his pay packets.

The nearby woods provided game, the yard gave him vegetables, the apple tree fruit; he had a set of clothes, a bible, and a range. He had never wanted more. His only connection to the modern world proved to be his demand for âratesâ every year, presumably the time when he reluctantly opened a pay packet.  There were no other bills to pay.

Will people like Mathew ever exist again, men so utterly content with their existence that they remain detached from the materialistic world?

Livewireâs Shropshire reference is a strange coincidence â hereâs why.

My father spent his whole life as a photographer, the latter part of it
working for the better class of estate agent around Cheshire, the Marches, the
north Midlands and Lancashire. About ten years ago, he had a job to do for a
biggish landowner â a formerly tenanted cottage. It turned out to be a largish
cottage in a village about five miles from Church Stretton in Shropshire. It
was unoccupied, but had been well cared for, though was not in any way
modernised. The location was idyllic â rural and peaceful in a way that is
rare in Britain now. Dad got on with his work, and as is the way in country
areas, a neighbour came over to see what was afoot. It transpired that the old
chap whoâd occupied the cottage had passed away a couple of months ago aged
95. âYou know,â said the neighbour, âhe was born in that cottage, lived in it
all his life, worked at the farm down the road till he retired, and never once
in his life left the village. Never even went so far as Church Stretton.
Lovely old boy, he was. Never wanted much, but always doing odd bits for other
people.â

There may still be one or two about like that, but theyâll be rare beasts
now.

Maybe contentment does come from simplicity; it may not be for all, but it
certainly works for some.

1/2 way through reading your wonderful story, the name Tony Martin of
Emneth, immediately sprung to mind.

Not too far away as it happens, but definitely not him!

A contented man, free from government, able to subsist from the land and
fearing God.

Exactly what many of his forefathers neighbourâs sought in the new world (
but eventually succumbed to the lure of organized communities.) A charming
interlude.

What a lovely tale and what a a lovely piece of writing. This is part of
what makes this site so special

Anna writing never disappoints us. She has an enviable way with words. (I
wish I could say âexemplaryâ but I lack the talent to follow her
example.)

Ahh, Norfolk, where many a medical record has â NFNâ marked on it by the
local GP as being shorthand to save writing âNormal For
Norfolkâ.
Bless!

Sure youâre familiar with it, but some might not be. About Shropshire, but
apt for most rural areas (A.E.Housman).

Into my heart an air that kills
From yon far country blows.
What are
those blue remembered hills,
What spires, what farms are those?

That is the land of lost content,
I see it shining plain,
The happy
highways where I went
And cannot come again.

In todayâs Britain, he was lucky not to be sectioned and locked away for
the âcrimeâ of not being like everyone else. But then, I suppose, since he
didnât have a great deal of moneyâ¦.

âWill people like Mathew ever exist again, men so utterly content with
their existence that they remain detached from the materialistic
world?â

Human beings in their true infinite diversity being what they are, yes. But
few. Rarer than henâs teeth, or giant pandas.

Youâre not fooling me for a minute.

âOld Matthewâ is clearly a thinly veiled attack on Andrew Withers. And
those references to a shotgun and a burial are obviously meant to be threats
to his person.

Youâll be hearing from his lawyers over thisâ¦.

Full of lizards living inside.

What a lovely tale.
I am sure that there must be some other people out
there of this caliber, but for sure I cannot imagine anyone from my generation
behaving in the described manner. (I am 24). I wonder if the dead gentleman
was really happy with his lot? For sure it would seem that this gentleman
lived an almost perfect libertarian existence. I wonder if it is even possible
now.

Are you really in Panama City Sandra? I was there, er *cough*, um *cough*
again, 50 odd years ago, and have vivid memories of it.

Yes I am, and it is wonderful. I can well imagine what it was like here
50 years ago, I imagine the satellite dishes away and just take a short
trip out of the cityâ¦.