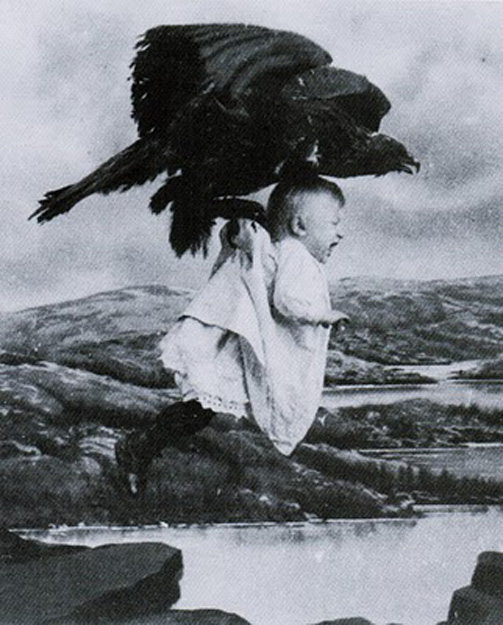 We don’t usually see the results of third sector empire building until they have reached mega-million status and are under threat from dastardly cuts. Here is a rare glimpse of one in the gestation/embryo period.

“The single most valuable thing we can do for vulnerable children is to ensure that the professionals in their lives have the training to notice that they are vulnerable, and to help them.”

Can’t really argue with that, can we? Isn’t that why we taxpayers have been shelling out for the professional tofu munchers to go on a three year degree course in social work (BA, BSc or BSW) followed by the ‘post-qualifying framework’ – just so that they could recognise a vulnerable child when they saw one? They even have to undergo 15 days training every 3 years, just in case it has slipped their mind what a vulnerable child looks like.

All to no avail apparently!

“Child protection social workers work with 40,000 children each day who are subject to child protection plans, and a further 375,000 who require extra support to ensure they are safe. […]I want to build the skill and confidence of every professional working with vulnerable children, by providing an accessible, meaningful, and useful module based teaching programme.”

Yes, where those years of intensive study failed, our fledgling entrepreneur is going to put things right with a:

“Web-based, 20 – 30 minute teaching modules which give social workers very specific tools and skills that they can use immediately.”

Apparently the information is ‘out there’ but ‘the nature and pressure of work makes it impossible’ for Social Workers to mug up on the essentials. Like how to realise that a stick thin, filthy, howling child, with two bones sticking out of its back needs protection?

All our entrepreneur needs now is:

Before you all rush off to help him, consider giving me a hand with my project. I need a web based designer to give up hours of his time building a ‘Jack n’ Jill’ level interactive programme to help busy police officers recognise that the man coming out of the bank with a gun under his arm and a bag marked swag might be a bank robber…..I want to build this into a nationwide programme with government funding and, well, and, whatever’s going really.

Your suggestions for other ‘game changing’ projects?

Come back luftwaffe, you missed a bit.

The best thing for most children is for the professionals to damn well
leave them alone to have a normal childhood and to become self-reliant, lest
we end up with another generation that needs state help to raise children.
Climbing trees is fine and fun, and teaches risk assessment with the
occasional harsh demonstration of failure. Cycling to work without parental
escort may well be perfectly safe, as is walking to the bus stop down the road
when your house has a good view of the whole route.

Then the professionals would have time to help those who really need it
instead of ignoring them due to casework. Ishaq, Baby P, and Climbie come to
mind here.

Then there are all the disorders – some are genuine, others have no doubt
been invented to gain extra funding for schools and justify some well-paid
professional jobs.

No I don’t trust them, they tried to get us seven years ago but fortunately
we realised what was happening and told them politely to piss off. So what if
a child has a better attention span than his peers, especially as said peers
are about to be taught exactly that in preparation for factory schooling.

Ask NSPCC how much they pay their top executives – based on accounts from a
couple of years ago, quite a lot. They need there to be a lot of vulnerable
children so they can get donations and grants and justify their existence.

Wow, that turned into a bit of a rant…

I’d have given anything for one of those birds when my kids were
little.

I’m sure if you seach any library, you’ll find copies of the flyer for the
course, ‘Best Practice for Dustmen’ including how to empty a wheely-bin into a
dust-cart, how to return said wheely-bin to the end of the owner’s drive
without leaving the lid open in rainy weather, and what to do if you find a
wheely-bin with a cat in it.

How about a program for politicians and would be politicians to understand
English so as when listening to members of the public they could translate the
English into English and then go and enact the will of the public, instead of
their own private corrupt agenda.

Here’s a sugestion , there should be a fast track entry system for social
workers. The only qualifications would be that you had to be a married middle
class mother who had successfully raised your own family. Because there would
be no expensive training carried out, these social workers could be paid a
sufficiently attractive salary to make it worth their while.

(Full disclosure, I work for this company. Still, what he’s suggesting
ain’t new…)

How about a module based system to ensure that busy nurses can take 20-30
minutes to bone up on the ‘very specific tools and skills’ needed to ensure
elderly patients can access the food they are provided with and if not, help
them to get it into their mouths?

A fully-interactive 3D ward can be created, via ‘point & click’
technology, and a test can be constructed whereby they identify the blood and
feces left under the beds and click on it to summon a virtual cleaner to
remove it.

Optional upgrade – a nurse’s station with virtual copies of ‘Heat’ magazine
can be added. Although that does rather hinder the process, as they’ll be
clicking on that all damned day instead of spending time in the virtual
ward!

Do you think I could find someone out there to help with my useful system
of educational materials designed to empower the female elderly to extract the
nourishment from widely available oviform poultry products?